This is one of those buildings that one can walk past without noticing, which many in the town of Renfrew often do. But stop a moment and contemplate this Canal Street building's rich red sandstone façade. 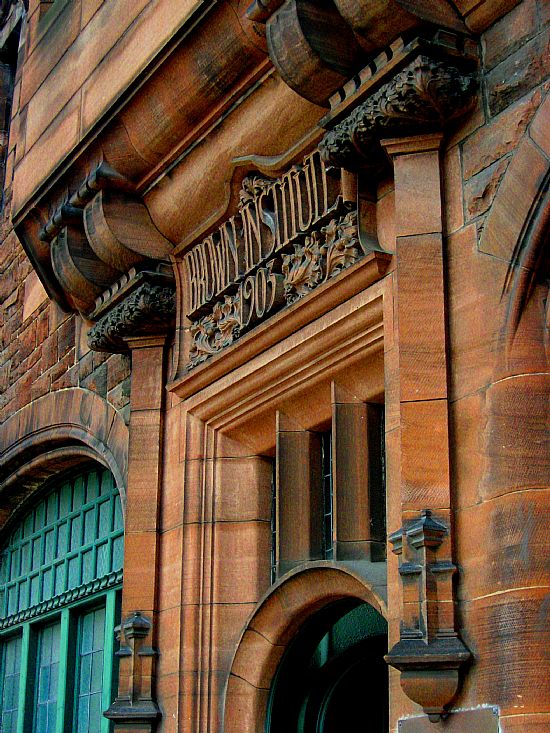 This “B” listed building dates from 1903. There is a distinct art nouveau feel about it. It originally housed a library, reading room and a panelled billiard room. Over the years the building has also been home to the burgh band and a careers office until Renfrew community museum was opened in the building in 1997 to commemorate the 600th anniversary of Renfrew as a royal burgh. The museum moved to the renovated and extended town hall and has since been empty and even entered into the Buildings at Risk Register for Scotland.

The Browns, after which the institute was name were involved in the management of William Simons' shipyard in Renfrew.