What you see here is one of the panels from The Life of Christ. But lets first discuss the house.

Provost Skene¿s House is the oldest surviving house in Aberdeen and of the few remaining examples of early burgh architecture in the city. The house dates from about 1545 and subsequent changes have occurred since then. In 1622 it was bought by Matthew Lumsden who another storey and a gable section. You can still see his coat of Arms with the date of 1626 on one of the gables. 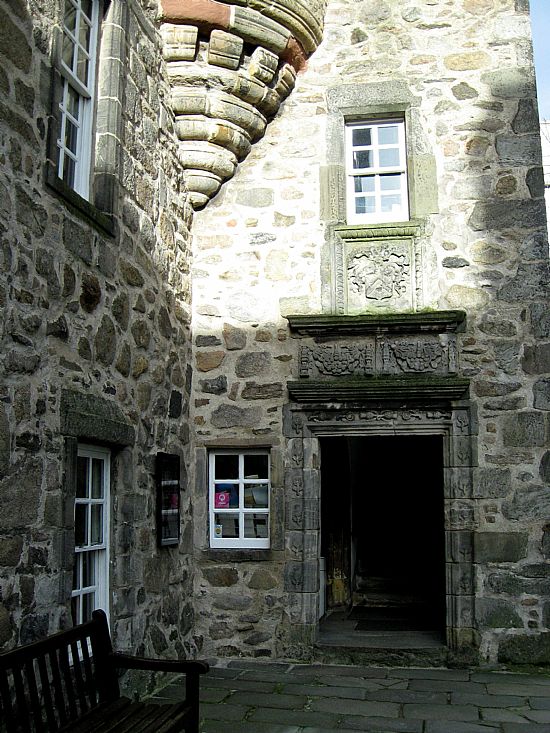 Wealthy merchant and later Provost of Aberdeen, George Skene of Rubislaw bought it in 1669. He modified it extensively and this is much what you see today.

The Duke of Cumberland's troops used it in 1746 and because of that it became for a while known as Cumberland's House. It was subdivided in 1732 into separate tenements, made into a single dwelling again in the next century and later became a lodging house. Over time it became dilapidated. Buildings around it were demolished and this house too was in danger of being lost. But thanks to a public campaign it was saved and restored. 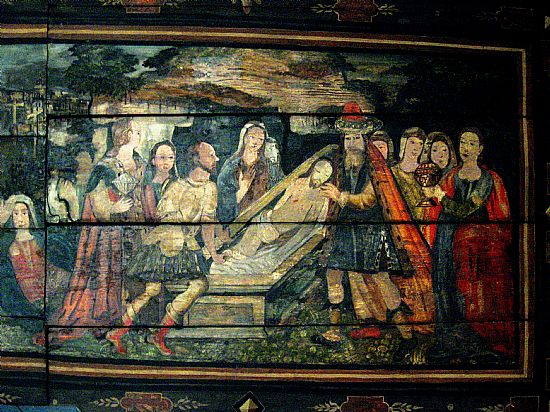 Lets now turn back to the scene in my photograph above. This is from the larger of two richly painted rooms, the gallery. The paintings cover the wood lined walls and coombed ceiling. The name of the artist is unknown, although Flemish and Germanic influences can be discerned. The scene here is one of 10 depicting The Life of Christ. Other motifs such as the armorial devices are thought to be by Matthew Lumsden. And this suggests that the others may be by him too. If so they would have been done between 1622-44. The very fact that they have survived through the Reformation makes them some of the most important religious paintings in Scotland. 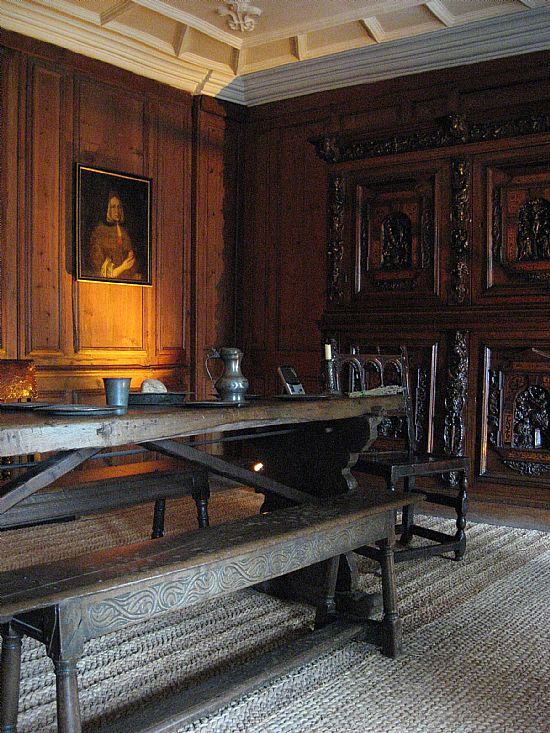 We can imagine the provost entertaining his guests here, dressed in their formal regalia even in his home, discussing the politics of the day yet constantly reminded of the lessons and morals of Christ. But such artwork does more. It reiterates strong links with Europe. The provost was after all a successful merchant.