Linlithgow Palace is one of those ruins that retains a tremendous sense of history. In fact, its ruinous state seems to imbue greater atmosphere. It great rooms still seem to be inhabited by the ghosts of its past. It was the favoured residence of the Stewart kings and queens from James I (1406-37) onward. 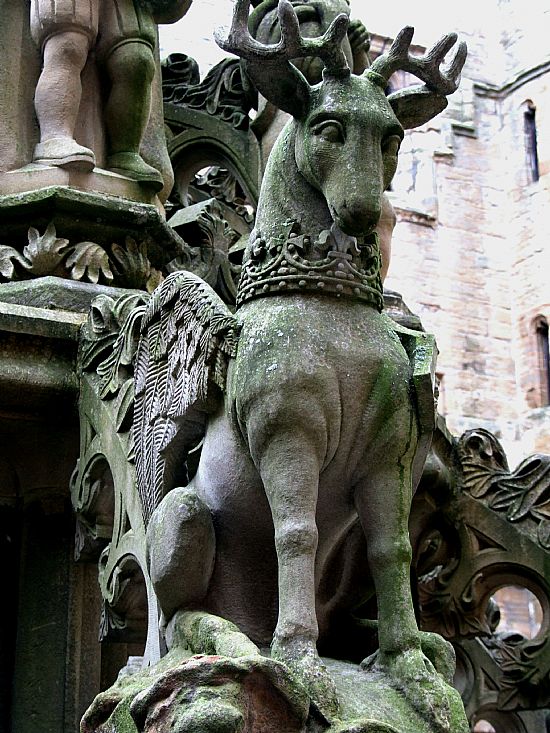 Building work commissioned by James I, III, IV, V and VI can still be identified. The great hall and chapel are particularly fine. I am always impressed by the enormous hearths which would have warmed them; crackling and glowing while the cold wind howled outside. The numerous servants would be darting up and down the back stairs to the whims of the aristocracy. Both James V (1512) and Mary Queen of Scots (1542) were born here.

This amazing fountain in the courtyard has been restored and the stone creatures that adorn it peer back at you. More properly it is known as the King's Fountain. It may be usually dry these days, but that does not distract from its impressiveness. It is said that King James V wanted the fountain created to show Henry VIII that the Scottish Monarchy was as grand and powerful as other monarchies in Europe at the time, but it has also been attributed to him wanting to use it to welcome his new French queen in 1537. It certainly flowed for a visit by Charles I in 1633. Legend has it that in 1745 it was flowing with wine in honour of a visit by Bonnie Prince Charlie. Any excuse for a good party.

The earliest reference to a building on this site is with the arrival of Edward I of England in 1301. He occupied an existing manor and built around it a large earth and wood fortress which enclosed St Michael's Church too. Linlithgow remained in English hands for 13 years. Edward II even used it as a residence in 1310. The English abandoned it in 1314 on their defeat at the Battle of Bannockburn. 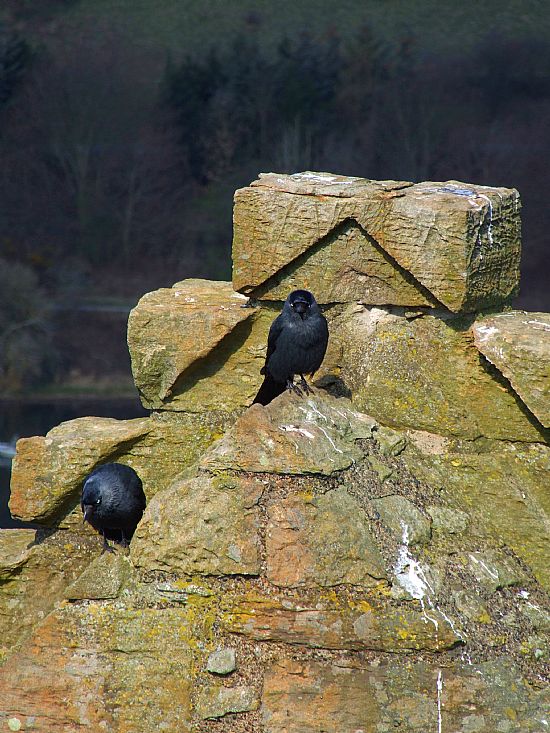 The Scots demolished the English fortifications and repaired the manor. Both David II and Robert III occasionally stayed there. Then in 1424, the English attacked the town and burnt the manor house. But the following year James began a programme of building and this was carried on by his grandson James III and later by James IV, V and VI. What we see today is from their combined efforts.

The palace is ruins yet again, but imposing and great to visit. Great roost for jackdaws, particularly on what appear to be crow-stepped gables just for them.

The Palace is administered by Historic Environment Scotland. Each year, you may see it come to life with jousting and other events.