Skaill House is one of those places you become aware of indirectly because of the neolithic Skara Brae village over which it looks. It was after all the home of the man reputed to have discovered the village on his doorstep after a storm exposed it.

But Skaill House is important in its own right. The oldest part of the present house appears to date from the late 17th century with rest 18th and 9th century and even some modern. It is believed to stand on the site of the house of Bishop George Graham (1615-38). 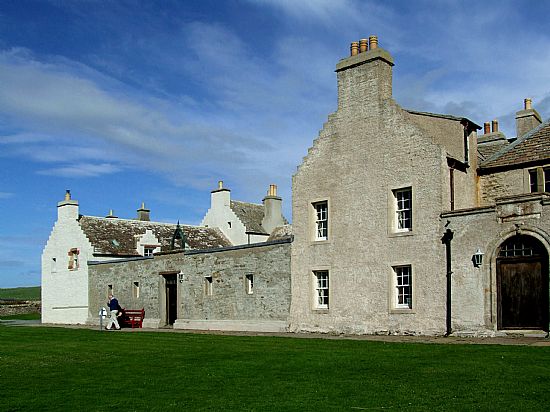 Canmore notes that it is rather closer to the sea than it was two hundred years ago. A map of 1772 shows the house exactly half-way between the Bay of Skaill and the freshwater loch of Skaill and close to the burn running from the loch into the sea. The erosion that exposed the ancient village is still nowhere near this house, but has nevertheless left it feeling vulnerable to the elements.

Inside one finds such interesting things as Captain Cook's dinner service. But I want to draw attention to the feature over the main door. The weathered timber door sits within an equally weathered stone archway. Above that is a top light and above that a keystone with a strange monkey feature. This seems to have been recovered from another, perhaps earlier, building. Above that again is a carved lintel with cornice initialled HEG to represent Henry Graham and Euphemia Honeyman. Around it is the wording 'WEAK THINGS GROW STRONG [B]Y UNITIE AND LOVE. BY DISCORD STRONG THINGS WEAK AND WEAKER PROVE. ANNO 1676'. 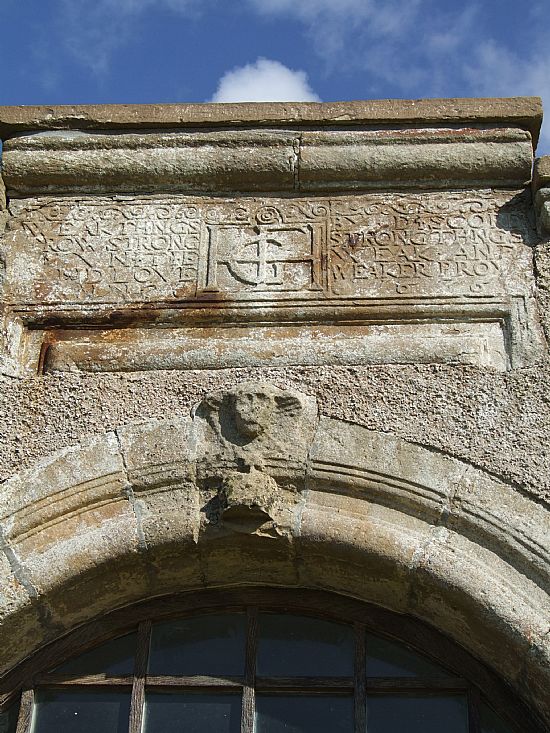 As we get to know the building, we find that it has been altered and added to several times and this seems to account for the incongruities of the details here. I can't explain the monkey face though.