The Architectural Heritage Society of Scotland has as its emblem the Town House of old Aberdeen which sits at the point that the High Street splits into The Chanonry and Don Street across St Machar Drive. The Chanonry goes on to St Machar's Cathedral. This then was the merging point (or diverging point, depending on your outlook) of trade and faith. Today, much of this area is taken up by Aberdeen University. Many of the houses that line the High Street are picturesque in their ubiquitous granite. Behind those façades right on the street stretch deep gardens typical of the period and sometimes one finds some interesting courtyards. This is one of them to the east of the Town House – student digs, naturally. 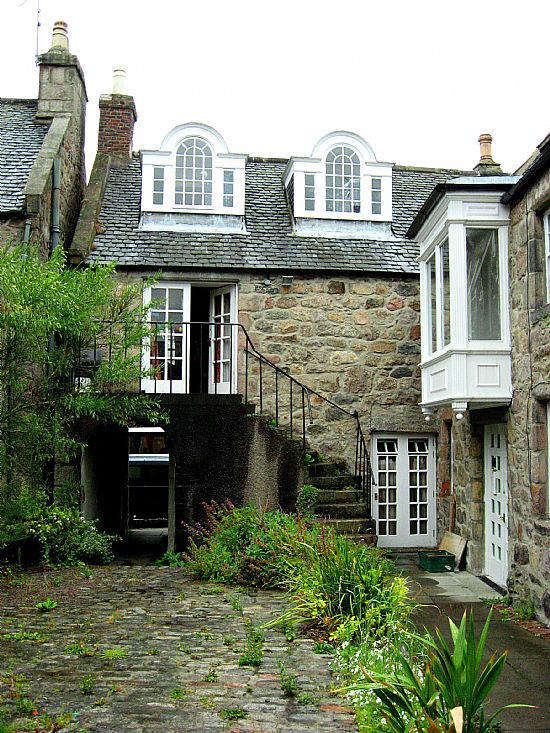 Aberdeen is believed to have been founded by the 8th century AD as a fishing settlement. In the early Middle Ages there were actually two settlements, Old and New Aberdeen. However by the early 12th century Aberdeen had grown into a town.

It often fascinates me that some of the most successful architectural spaces are those that have developed almost ergonomically to the needs of the buildings and their occupants that defined them. Here the actual building design is understated while imbued with well developed traditional forms and typical Aberdeen materials.