This incredible farm building was within the Rosneath Castle estate. It is rather derelict although the copious farm buildings that encircle it are in good order and very active as a dairy farm. There is even a curious aesthetic symbiosis between the silos and other structures and the geometries of the old towers 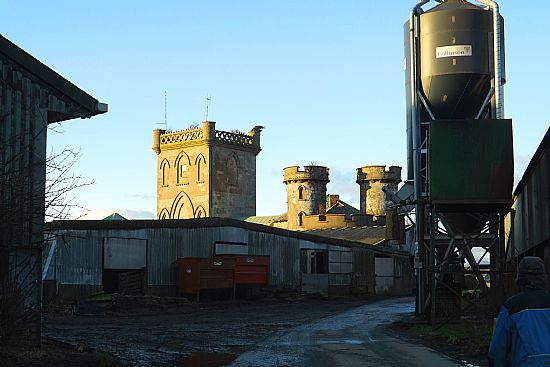 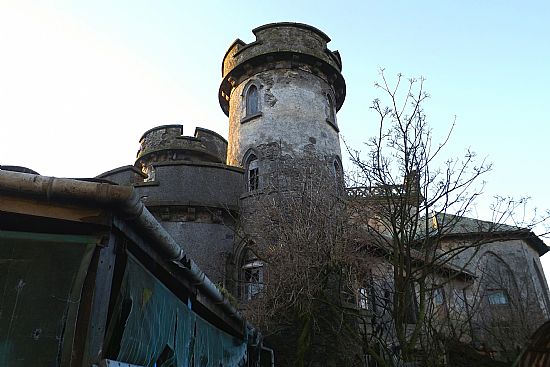 Rosneath Castle to which this relates was the original home of the Duke of Argyll - the Campbells. The Castle was ruined and rebuilt a number of times. Canmore notes that "the castle of Rosneath existed as a royal castle before the end of the 12th century. It is said to have been destroyed by Wallace".

The site was within the current caravan camp. The final one was no longer a castle in the traditional sense, but a fine house in the Romanesque Revival style built in 1803–06, three years after the previous building burnt down. The family retained it until Princess Louise died in 1939. You can find an illustration of it on the Canmore link below.

It is difficult to comprehend why such fine buildings didn't survive, but there are many examples where buildings like this were used for military purposes during WW2 and then couldn't be readapted in later years as large homes. From 1941 to 1945, Rosneath was home to an important naval base, thanks to its location in the well-sheltered natural harbour of the Gare Loch. The Americans used Rosneath Castle as a base of operations. The castle was then abandoned and the remains demolished in 1961. But while we have lost that building, there are others associated with it around the peninsular such as this farm building.

A first impression is that this may have been a castle that was lived in, in other words, one of the castles built prior to the grand house. However I have not found anything to substantiate this. It seems to have simply been a very large farm building in keeping with the Duke's sense of grandeur and presumably lived in by farm staff and used for coaches, farm equipment, storage etc. 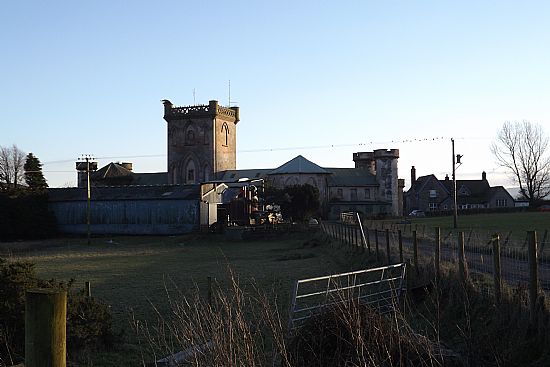