Scotland’s great houses have met their demise for a variety of reason. This one sits immediately behind the Peace Camp near Her Majesty's Naval Base, Clyde, otherwise simply referred to as Faslane, home to the UK's nuclear submarines carrying Trident missiles. Before the high rise accommodation for the naval base went up, this building looked out onto the upper reaches of the Gareloch. Well it still does, except that its windows are all boarded over. 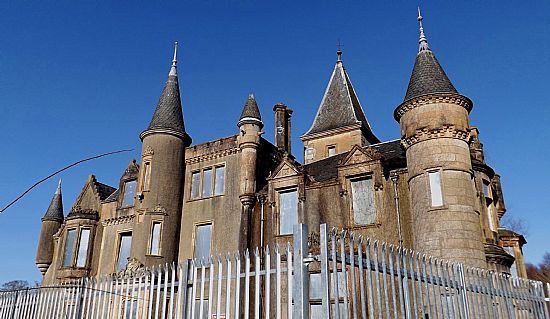 This B-listed house was designed by Charles Wilson for William Jamieson. Wilson was one of the most fashionable architects in the Glasgow area in the 1840s. But there had been an earlier house on the spot before that.

Some of the great details are shown in my photographs. What is rather distracting is the modern security palisade fence – essentially for public safety, but obviously also to deter mischievous peace campers. 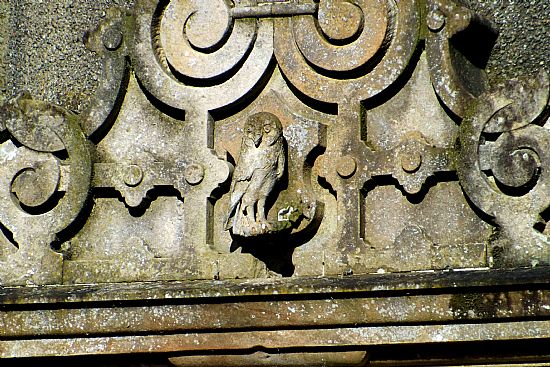 The house was designed by Charles Wilson, one of the most fashionable architects in the Glasgow area in the 1840s, for William Jamieson.

The Helensburgh Heritage website notes that it has been “the home of eminent Victorians and business tycoons, has twice served as a school, and has lain forlorn on other occasions. It has witnessed happy times, with the laughter of children and social gatherings, but also heartbreak, financial ruin and bankruptcy”. You can read quite a bit more about it on that website. 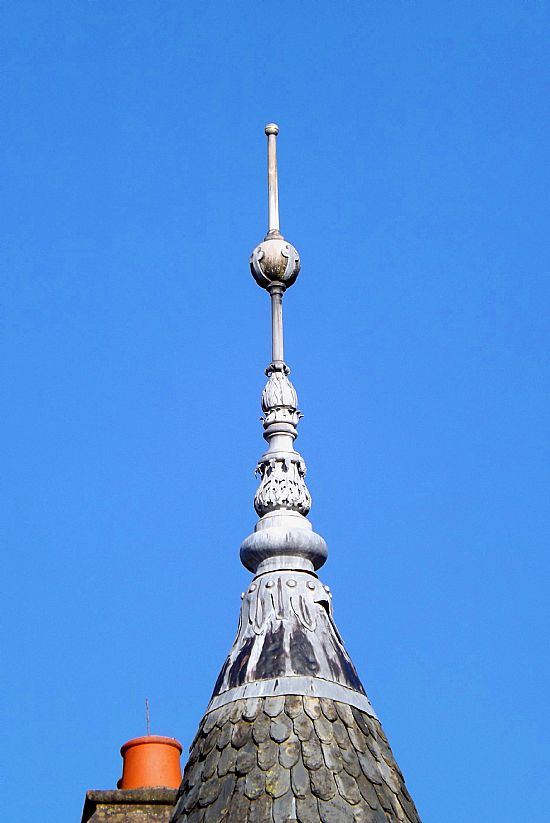 Something that is pointed out is the “1800” date on one of the facades. As this house was built in 1849, would this be a reference to the earlier house? 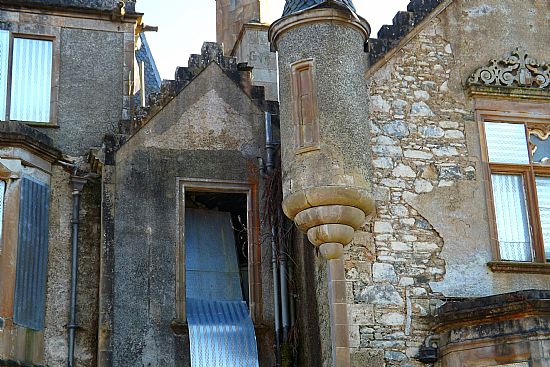 During its era as a reform school various unsympathetic prefabricated buildings were added to the east side and along the avenue to the south east. The former stables block and offices were also converted for school use. 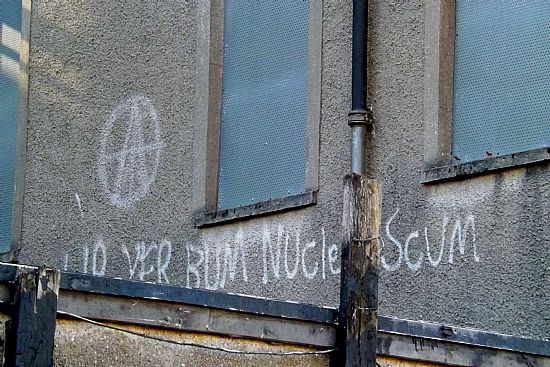 The BARRS record notes that it was acquired by the MOD in about 1990 with the intention of turning it into a new barrack for Royal Marines guarding the base. Dumbarton District Council (under which it then fell) indicated that such development would be contrary to the Local Plan, which designates the site for residential use. And so the preferred use, that of retaining or regaining its original purpose, has stood in the way of its successful survival. It is protected as a listed building. It is secured with a steel palisade and steel plates over its windows. Its roof has been attended to. But was we know that is not sufficient protection against the ravages of time if unused. Its proximity to the growing naval base is just one of the barriers against successful adaption unless there is more give and take. Sometimes this and a great deal of lateral thinking is required if such once magnificent buildings are to survive. 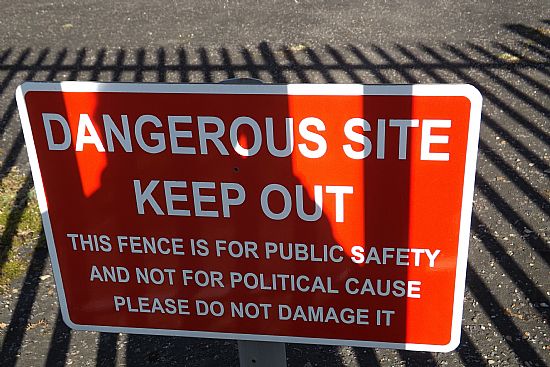 It should also be noted that nearby there used to be another even grander house called West Shandon House. That site is now covered by naval personnel flats. The small South Lodge on the shore on the access road to those flats belonged to that house.