A view of the course! Wonderfully undulating, vast and challanging!

Many thanks The Gather for the rest of the pics! 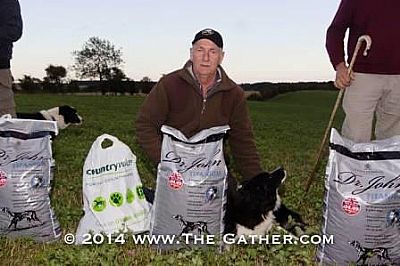 D Bristow and Parksfarm Bella in the Team! 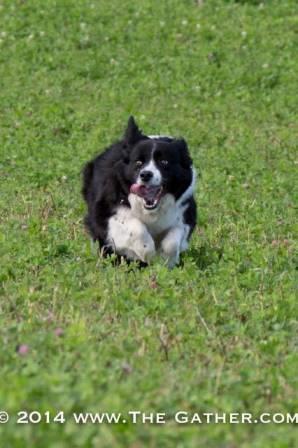 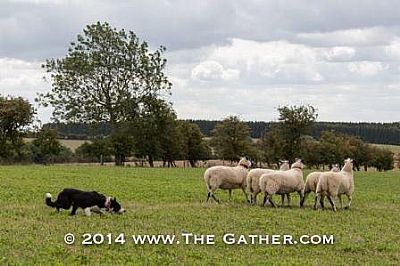 One of the things rather missed are the 'Rural Routes' videos you used to be able to buy after every National and International. The Gather photographers have stepped in though to take a lovely photo of every competitor which they are pleased for you to use so long as you acknowledge the source! 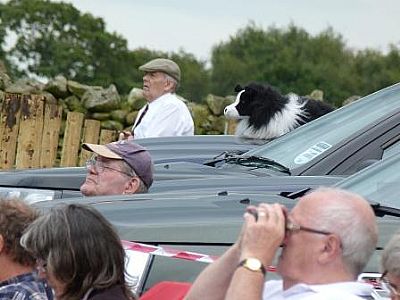 Keen eyes in the best seats 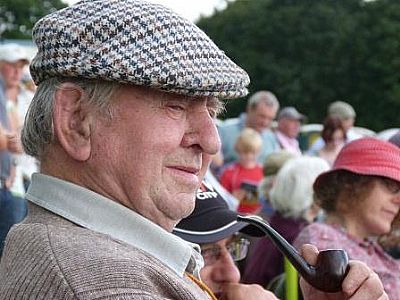 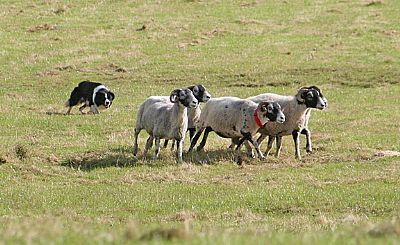 M Watson's Shinehill Morse on his way to a 7th place in the English team early in the day before your sec arrived so indebted to Suzy Woolston for pic lifted off ISDS site. 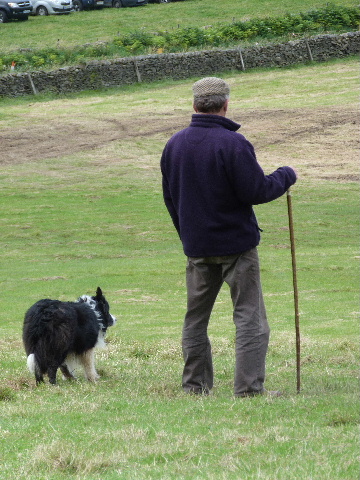 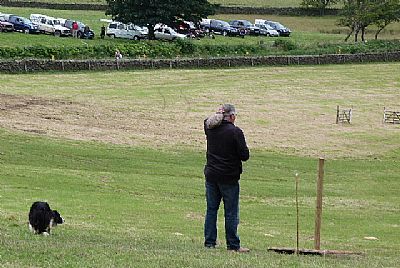 Hats off! J B Murdoch n Bob face the course. 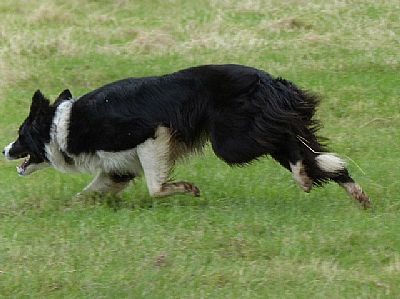 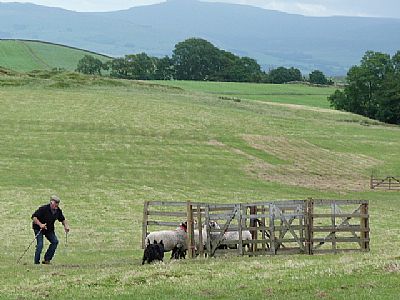 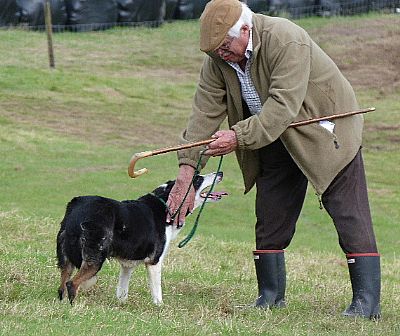 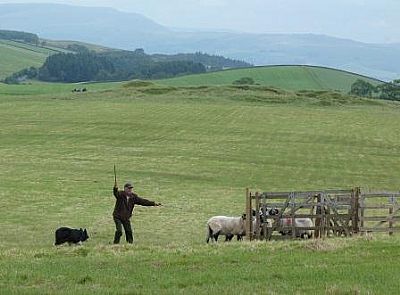 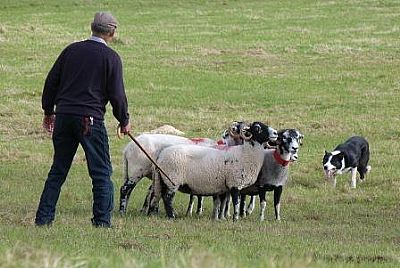 G R Harland and Shep ran in the singles 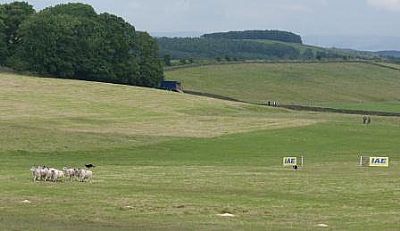 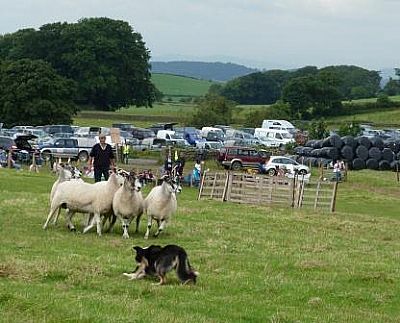 where Lyn held her corner 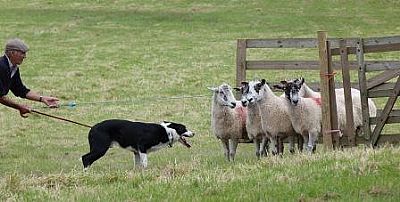 and Shep held his! One of the two completed runs. 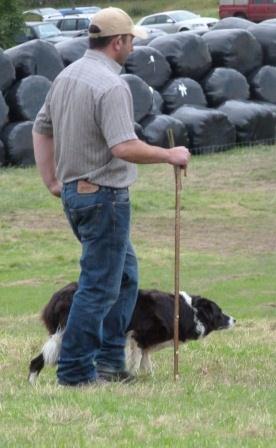 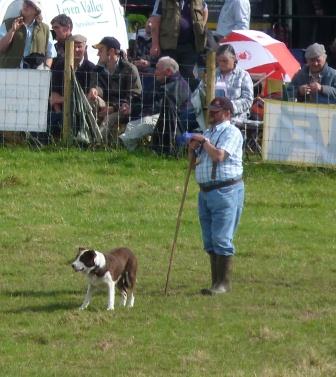