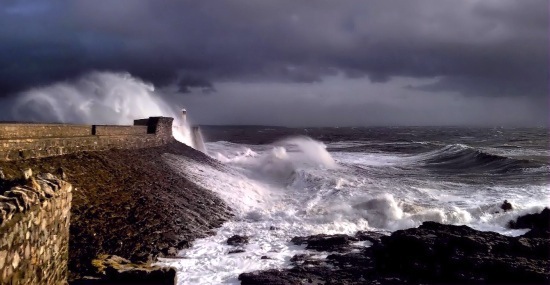 Dramatic weather events are natural earth processes and occur around the world every day since their impact on humans and the environment can be quite extreme
it is important to know what causes these events and how people can remain safe when faced with them however,
we do not have all the answers about how and why dramatic weather events unfold as they do thus, researchers study these varied phenomena with a variety of techniques ranging from computer modelling to storm chasing.
The Jetstream and the weather in the UK
In order to understand the jet stream you need to have some idea of what is occurring in the atmosphere nearest the ground; known as the troposphere. It is also helpful to understand the formation of Hadley, Ferrel and Polar cells and how The Coriolis Effect influences these tropospheric cells. The jet stream flows in both hemispheres around the earth, but for ease this article will consider the Northern Hemisphere only.

The jet stream is a strong flowing ribbon of air that flows around our planet high up in the atmosphere, at around the level of the tropopause. Situated between the troposphere and the stratosphere, the Jet Stream is approximately 11 kilometres above the surface of the Earth at the poles and around 17 kilometres above the surface of the Earth at the equator. The jet stream flows at around 160kmph (100mph). We often hear that the jet stream is responsible for influencing the weather in the UK, so it is natural to wonder what causes the jet stream and why it has such an influence on the weather we experience on the ground. 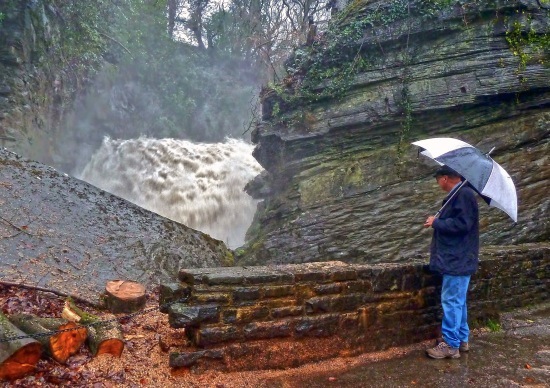 Jet streams form and are strongest where variable air temperature gradients are steepest. This is normally seen in two zones:
•    The boundary between the polar and mid latitude air . The Polar Front Jet or Polar jet
•    The boundary between the mid latitude air and tropical air . The Subtropical Jet.
Both these jets are separate entities but they can join up from time to time across an area of the earth. The polar jet is the strongest as the temperature gradient across Polar and mid latitude regions is greatest. This is increased again in the Northern Hemisphere during winter. Both the subtropical jet and the polar jet travel from west to east and both would travel uniformly and evenly around the earth if it was not for other influencing factors.
Photographing extreme weathers is both exciting, and rewarding and reminds us how insignificant mankind is on this wondrous planet
see the video here and always play full screen