The South Wales Gas Pipeline (also known as the  (Milford Haven pipeline) is the UK’s largest high-pressure gas pipeline. the 197-mile (317 km) pipeline passing through Wales was built for the National grid and links Dragon and South Hook liquid natural gas(LNG) terminals at Milford Haven, Pembrokeshire  with the national gas network at Tirley Gloucestershire
The pipeline was expected to cost around £700 million, and was, according to the National Grid, expected to transport around 20% of the gas needed to meet UK consumption in future. Construction of the pipeline was estimated to take approximately three years, aiming to end in October 2007.Environmental controversy surrounded the decision to build it, especially through sections of the  Brecons Beacons national park where the National Park Authority called it a “huge blow”. The pipeline was completed in November 2007
I was there to record these pictures  which were taken during construction, when it arrived at March Hwyel Cilfrew mountain during the August of 2007 near to completion, there was a lot of controversy before and during the project. 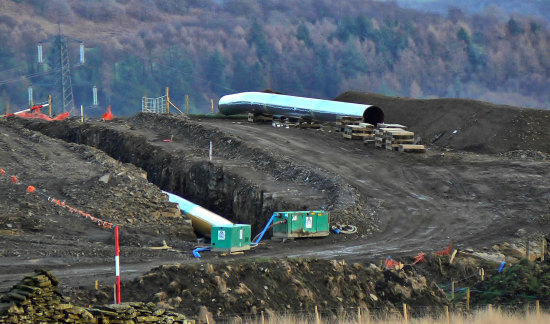 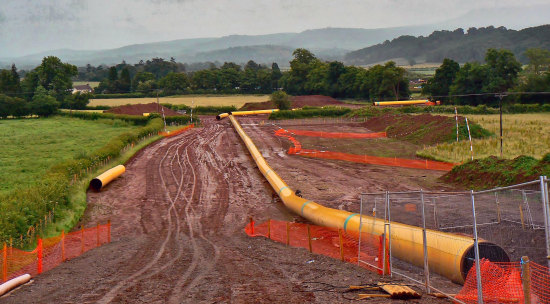 Pipes waiting to be laid.

Pipes being welded together. 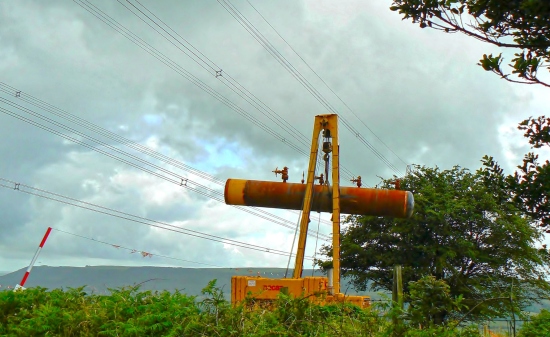 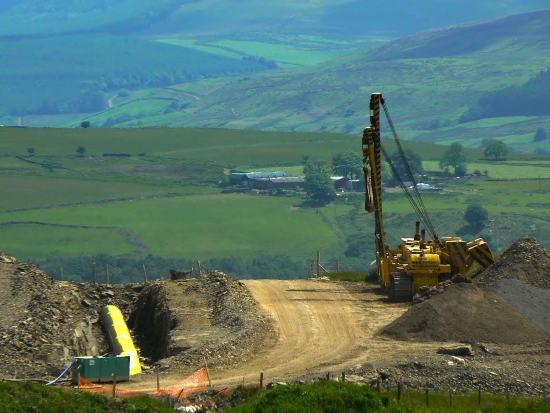 As reported on BBC Wales news:
The network could supply up to 20% of the UK's gas needs
Villagers are fighting plans to build a gas station in the Neath valley as part of a pipeline crossing south Wales.
People in Cilfrew claim it should be built in the open countryside away from residential homes.
The station would be part of a network that will carry gas taken by boat to Pembrokeshire and would be capable of meeting 20% of the UK's gas needs.
The National Grid said it appreciated the concerns and would keep villagers informed during the planning process.
The pipeline will run from Milford Haven along a 115-mile (185 km) route to link up with the existing gas network.
Liquefied natural gas (LNG) will be shipped into the port and converted back into its natural state at two terminals currently under construction.
It will then be transported under high pressure in the pipeline.
The station to be sited at Cilfrew is needed to reduce the pressure in the line as its diameter narrows as it breaks off in different directions
.
Mike goes onto say:
" Indeed it was a enormous undertaking and a very controversial one at that within the local area,  esp. during the time of construction, as it created intrusion, noise and dust, which devastated our mountain range,
when finished the contractors landscaped the area and today peace and tranquillity has once again returned to our green and pleasant land, nature has waved its magic wand, and one would not know that this massive gas pipeline is there at all"

Editorial Note.   Further information on the South Wales LNG Pipeline can be seen on: http://www.pipelinetwitter.co.uk