Gower's most famous shipwreck, no one knows her name, or where she came from, she is simply known as 'The Dollar Ship', from the gold moidores and doubloons found from time to time in the sand. The coins date from the 17th century, and she had nothing to do with the Armada. No coins have been reported for about a century.

There are also some cannons from this wreck in the garden of one of the houses nearby, and the following is from the local museum in Swansea.

"In the second half of the 17th Century a ship supposedly carrying the dowry of Catherine of Braganza was wrecked. In 1807 and 1833 quantities of silver coin were uncovered by the tide. Identified as Peruvian dollars some still exist in local museums.”

The beach is approx. 3 miles long, and at low tide a huge expanse of sand is revealed. Burry Holmes is at the northern end, and Worms Head at the southern. Due west, is where in the seventeenth century dollar ship was wrecked. It was last seen in 1833, and the treasure is still buried under the sand.

My interests was in the shipwrecks  of Gower, but most of all  the famous Dollar ship and the bounty she carried, where was she , would I find any silver dollars on the ebb tide?, a boys dream the mystery remains ,

I wrote to a retired metropolitan police officer from London now living with his family in Canada, as I found out that as a young lad he was evacuated from London during the early part of the 2nd world war, and  was sent to Rhosilli  Gower, what better place for a young boy to grow up, his imagination running wild with storms, shipwrecks, and tales of smugglers, he was also  interested in the history of the Gower and in particulary shipwrecks and the famous  “Dollar ship” he then moved back to London to join the met and on retirement he and his family emigrated to Canada, he never forgot the freedom of Rhosilli beach, but was telling me that he has all the diaries he wrote about  Rhosili as a young lad  which  to this day is  stored in many shoe boxes in his attic in Canada ,  as in those days  there was no internet, I also mailed him a photograph of myself as a young lad by the  the “Cleveland H.M.S. (L46) escort destroyer “on Rhosilli beach in 1957 when she parted her tow rope on 28th June 1957--  he replied by telling me he also had a similar photograph taken the other side of the  ship, so I guess we could have been playing together on the beach as young lads, life is full of surprises. 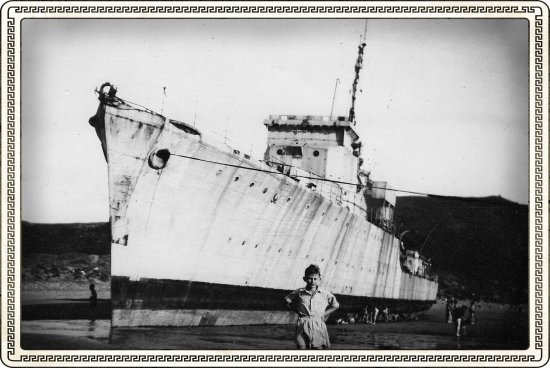 He went onto say that he has the map where the silver dollars are, and it was no good to him living in Canada, I now have the map, and every time Rhosilli bay calls I take the map with me,, but I have yet to find those silver dollars on the ebb tide –perhaps one day so I could bring this story to a conclusion,

What of the history of  the Cleveland destroyer, as a child I had all imaginations as to what seas she would sail on, what battles she would go through, it was not till many years later when I had the joy of  the internet, that  I found all the documentation of her naval history, she was built at the shipbuilders docks in Glasgow and was launched on 24th April 1940  she went to North Africa, was  missed by a torpedo, but sustained 3 casualties,  she protected the ships during the Atlantic convoy crossings and also aided in  Dunkirk , which is just a few of her long list of her many other deployments ,a grand old ship to come to such a sad ending, washed up on a Gower beach,

An attempted re-float was undertaken during a Sept high tide  in 1957 but all attempts failed ,and she was finaly scrapped on the beach, which took two the navy over two years to complete.

My thanks to the “Cleveland” for the history lesson of a grand old ship, you can see my captures of the attempted re- float in “Gower coast shipwrecks” by Carl Smith, apparently she was well photographed as she went aground on a popular holiday beach, the navy were the only ones who had colour in those days, and I was the only person to have photographed her on attempted re- float when I was 13 yrs old on a cold Sept evening with my Brownie 127

As for those silver dollars if I am lucky enough to find any I will let you know.

why not print the map out, as there are only one two in existence,  you never know, you could be  that very person who will find those 17th century silver dollars on the ebb tide  next time you visit Rhosilli bay Gower. 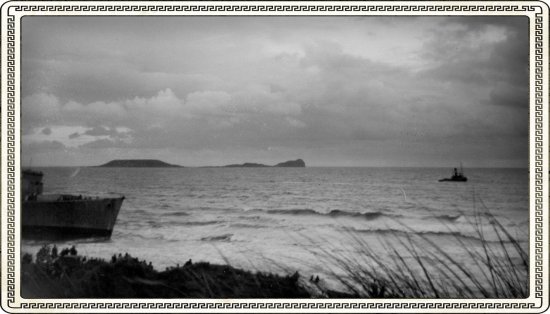 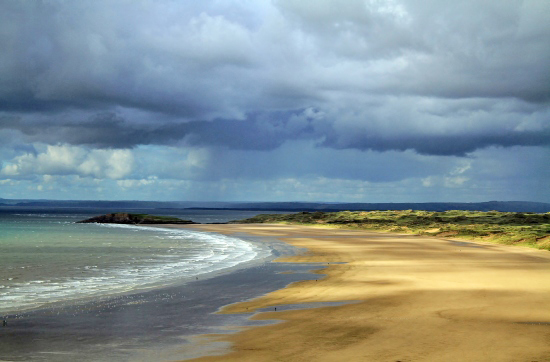 Burry Holmes at low tide where silver dollars could be 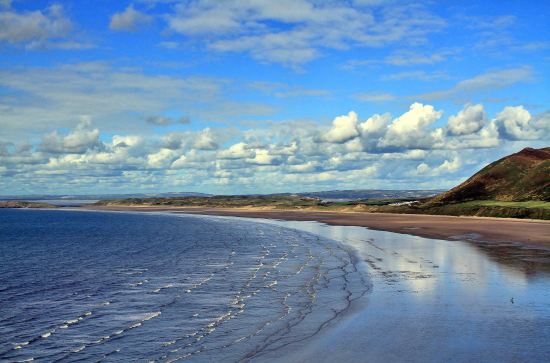 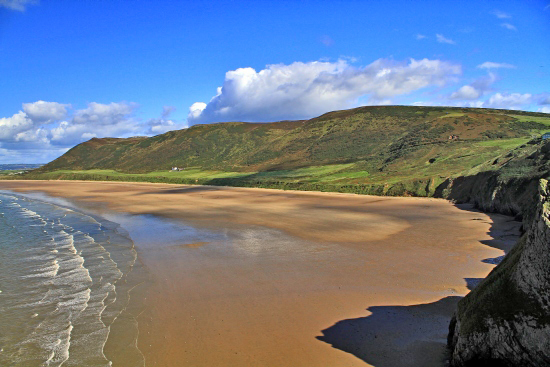 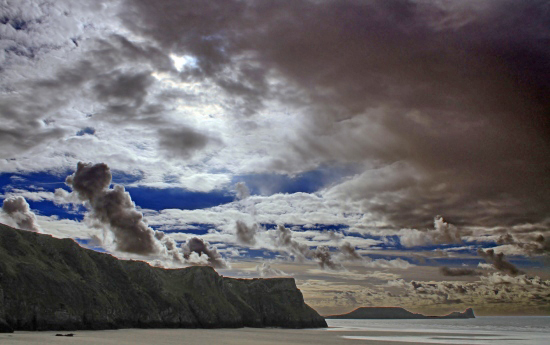 Worms head, to the right in the bay  where the Dollar ship lay 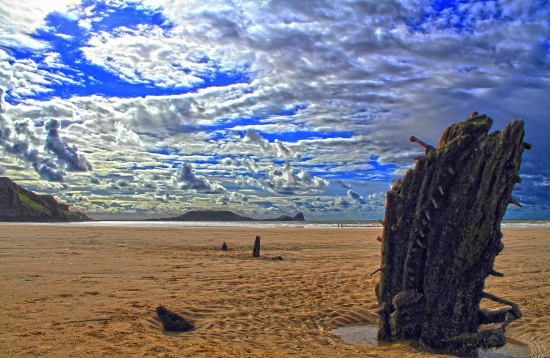 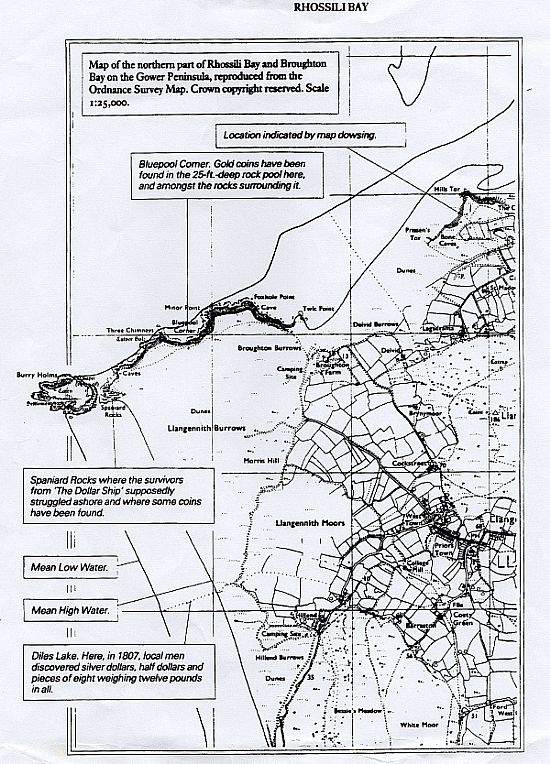 Map of the the silver dollars