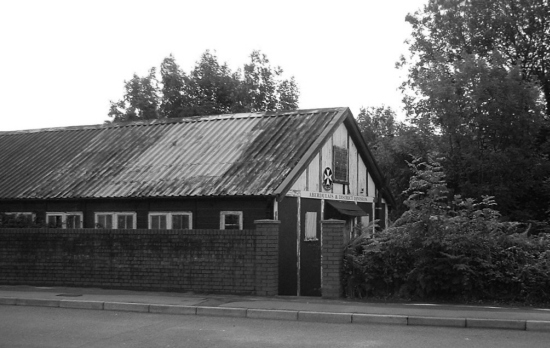 The St. Johns Ambulance hall at Pensycnor Cilfrew (above) has served the community for many years, later on it was used for the Scouts and Club meetings 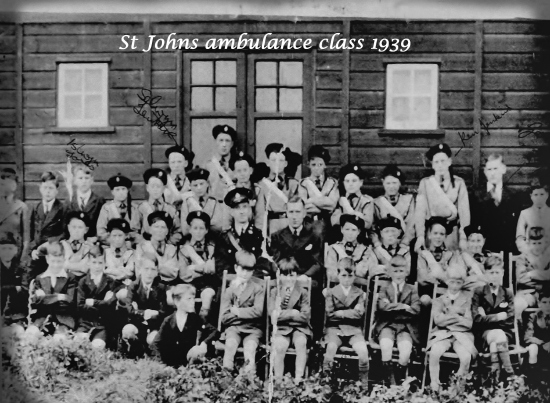 
The building is alongside the old Neath & Brecon railway, which linked the Vale of Neath Railway at Neath.
The southern section from Onllwyn to Neath which is still open to goods traffic, although passenger services ceased from October 1962 and the northern section lifted under the Beeching Axe as the coal industry wound down.

Unfortunately toward the latter years members of the St Johns ambulance dwindled and the hall fell into disrepair.

“Bouchers” purchased the ground and the hall has been re-invented into a fish and chip shop, where they cater for a variety of menus to take away, eat on the premises, or sit outside when the sun shines.
Service is fast and friendly and well worth a visit. 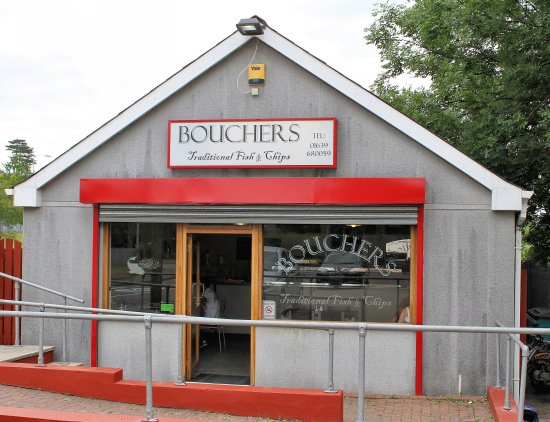 Here is a photo slide show with music added:-