May bank holiday the Banwen Miners hunt held its point to point races at Pentreclwydau in the Vale of Neath celebrating 50 years of success, the hunt has staged its steeplechase in Pentreclwydau  for the last 50 years

Once again the sun shone down on the races in one of the most scenic locations in the Vale of Neath the heat was  turned up with a glorious warm day, with both jockeys and punters hoping to win the top prize.
Record numbers attending, and record entries for the races, all who enjoyed the carnival like atmosphere on this historical race course in the Vale of Neath
the races were also attended by the Mayor of Neath Port Talbot with his wife. 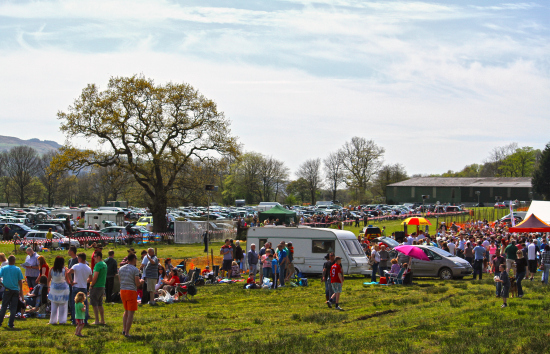 Don't miss the slide show below - with music

The following photograph was sent in to the BBC who put it on their website - in fact here is a frame clip from it:- 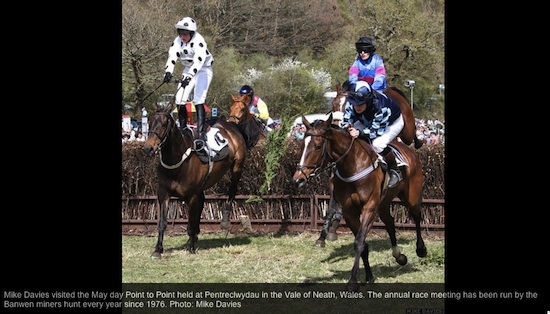 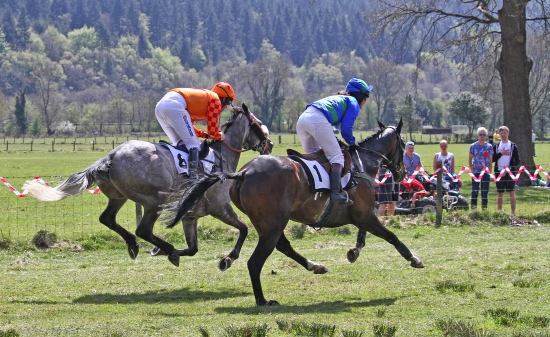 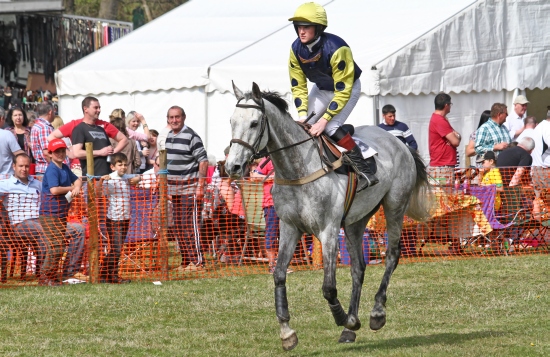 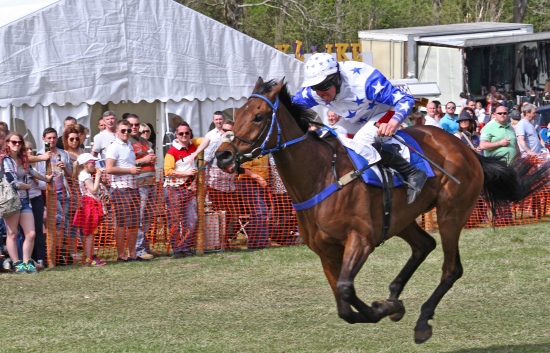 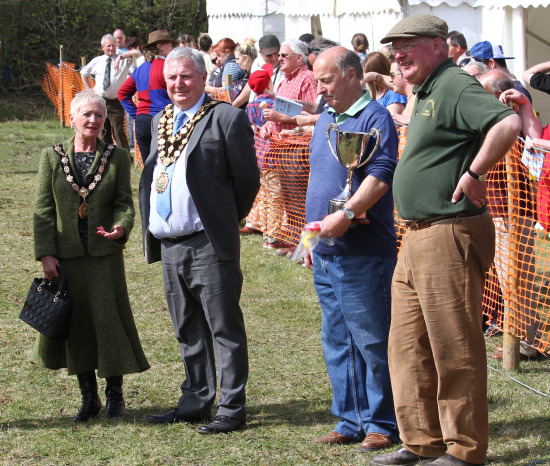 A great day - even the Mayor of Neath was there!