the predator film of the year this is going to be massive
shortly avalible from piketrek in the uk
http://www.pikeflyrod.com/57-fishing-films-dvd-s 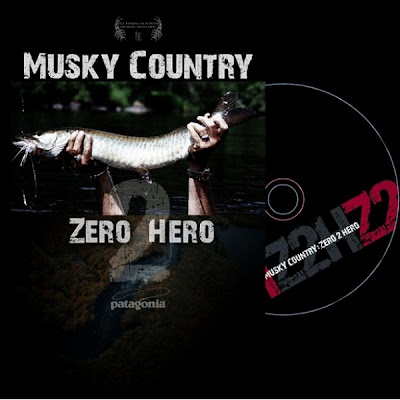 Film maker Robert Thompson follows the "Musky Tribe" through an Autumn musky hunt using fly gear, PIKESABER included! See what these guys get up to and how they live their lives! Starring Brad Bohen and Brian "Lucky" Porter, two of the most respected angling guides currently working in the United States, this film is a tribute to the perseverance and dedication shown by these two top professionals who are at the top of their game. Filmed by Robert "Tarantino in a boat" Thompson, this movie successfully captures the drama and sheer excitement that drives us all to go fishing for predatory species with fly tackle. Absolutely superb quality and entertainment.......if there's only one angling film you buy this year, you won't be sorry if it's this one! AWESOME! It's not all about pike fishing.......we can all learn a whole lot from watching this film. Tackle and techniques are very similar to our own and don't forget that the Americans have been sport fishing with flies for a lot longer than us lot over here! The dedication and perseverance shown by these guys should serve as a lesson to all who wish to catch big predatory species on fly tackle; you get out of it what you're willing to put in! It's all in the mix......the highs, the lows, the excitement and the boredom.....every emotion and experience laid bare for all to see. If you fail to be moved by this film, you really ought to re-appraise what it is you get from your own fishing, affinity with these guys is what it's all about...... "probably the most enjoyable angling film that I've ever seen...I couldn't take my eyes off it for a second!" Uncle Greg watch the trailer here