In order to keep the seventies page to a reasonable length, I have limited it to those Brambledales (and their immediate relations) whose names still appear in the pedigrees of our latest generation.

This page features some of those who, although not represented in our continuing line, were of particular interest or importance.

A mating that caused quite a controversy in the early 70s was that between Balthazar's litter sister, Barberry, and Handsome, by then eleven years old.The reason for the disapproval from some quarters was simply that both partners were blue. Mrs Willison believed that a blue should always be mated to a black and had only reluctantly agreed to let Michelle (Heathermead) Taffe use Ch Benjie of Bothkennar (brown) on her Beehoney of Bothkennar (blue). My Handsome was one of the resulting puppies and far from suffering from poor pigmentation as Mrs Willison had feared,he was an unusually dark blue with lovely toning eyes.Nor were there any problems with Handsome and Barberry's litter of nine perfectly normal blue puppies. 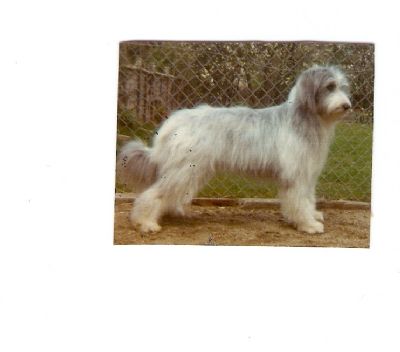 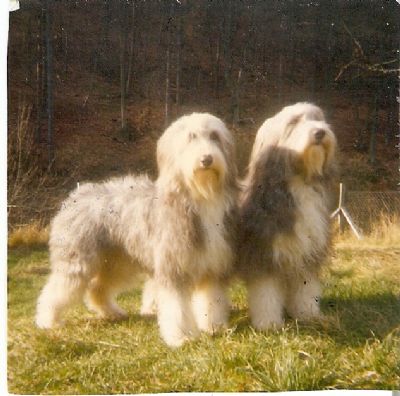 Bretta went on to produce a very nice litter by Balthazar, from which I kept Brambledale Blackfriar, (below) known as Bertie, who certainly didn't show any sign of weak pigment and who sired some good litters in Britain before going to join Cynthia Mahigian in Indiana. 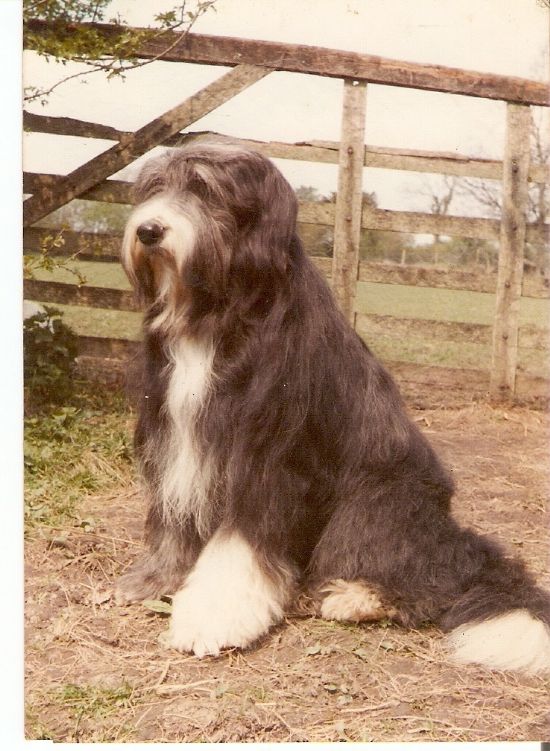 The picture below was taken at the BCC's 1973;show in the North of England , where my Balthazar (lying down) was BIS. Standing up is Andrew Drake with Ch. Andrake Persephone (BOS) and far right is Trudi 'Cannamoor' Wheeler with a Cannamoor youngster. I am afraid that I can't remember the name of the lady on the left with her winning puppy.I have included the picture to illustrate the relaxed atmosphere and informal style of the time which made shows very pleasant family affairs. 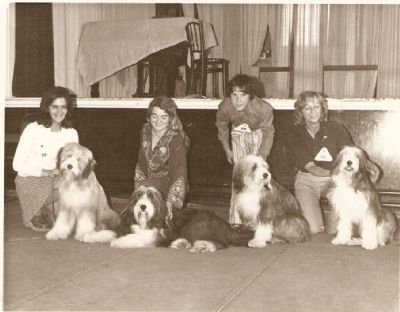