With the new decade the showring demand for glamour and ever-longer coats that had worried me in the seventies became more extreme. Finding the show world increasingly uncomfortable, our appearances in the ring became fewer and fewer but I continued to breed the type of Beardie I had always loved. 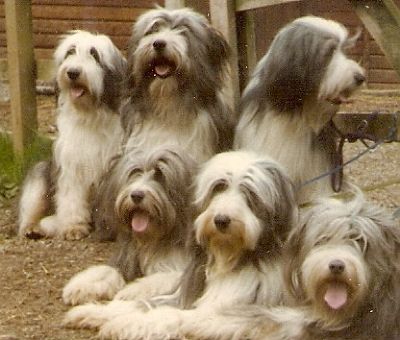 Each of them made a significant contribution to the development of the line but perhaps the most influential combination was that of Balzac and Benedicta which, with Balthazar on both sides, reproduced his type with remarkable consistency. 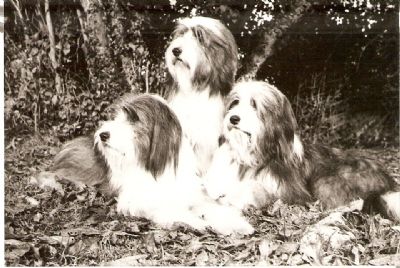 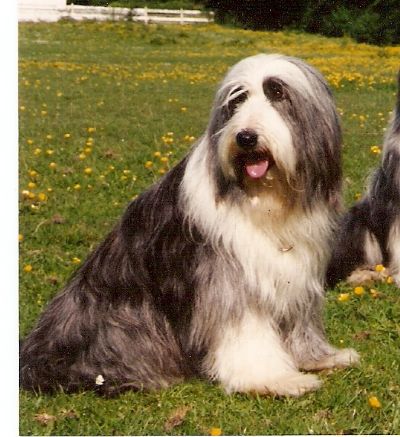 My special favourite among the many lovely Balzac/Benedicta children was Brambledale Branwen, born in 1987, from whom all the present-day Brambledales are descended.

Although her coat was longer, Branwen was very much like her grandmother Grace (Benedicite ) in both type and character. Each of them in turn took on the role of materfamilias, originally held by B.H.Moonlight , then her daughter Barberry and so on from mother to daughter through the years. Grace remained 'in post' until her death, well into her seventeenth year and the line of succession then jumped a generation, passing directly to Branwen rather than Benedicta, perhaps because Benedicta was by then too old for a change of role, but more likely because she lacked the strength of character that the position demands. 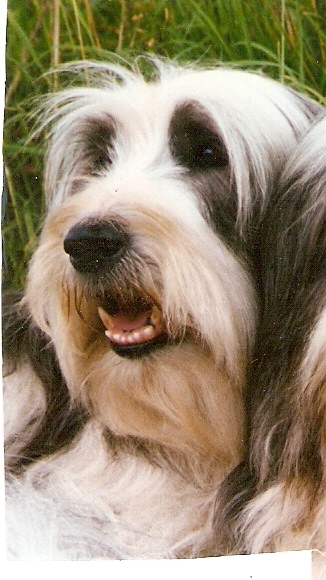 Brambledale Branwen in her teens