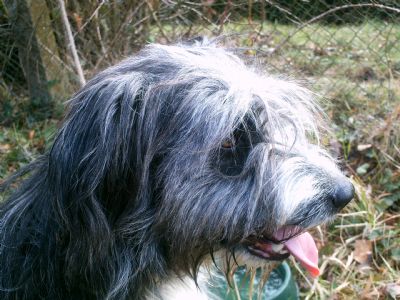 Hugh and Jacqui Emerson's Brambledale Bessie Black made a very promising start to her herding career yesterday. Ably handled by Hugh, Bess worked with an impressive combination of calm and concentration, as can be seen in the pictures below.

One of the many problems caused by the Big Freeze was the difficulty of keeping the horses supplied with water. With the stable taps and the streams all frozen, I had to carry water from the house every time I went to feed them. But they wouldn't look at the water until they had eaten all the food - by which time the water was frozen solid. And if I went back later, the horses would have disappeared down the valley........

The problem was solved by Rab and Blossom - both eight months old - who set off to find the horses and bring them back to the yard to drink. This was entirely their own idea and was such a success that they did it several times a day until the thaw came - when they were very disappointed to find themselves out of a job! 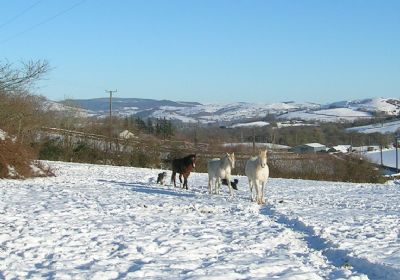 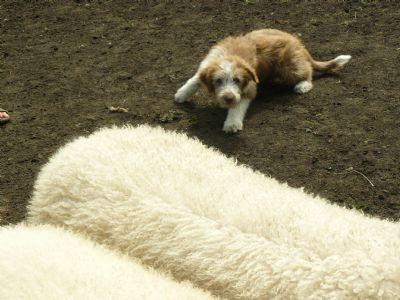 Robbie is a son of Brambledale Blodyn and Briery Glen.

Above and below: Carolin Kupper with Brambledale Bubbles (Cuddles) at home in Germany.