Life since being an MP

The decision for Peter Hain to stand down as an MP was taken after discussions he had with the Labour Party leader at the time, Ed Miliband. It seems Miliband had plans to reform the House of Lords, and saw Hain as the man best to oversee this. All this, of course, came to nought when the Labour Party failed to secure power following the 2015 General Election.

Nevertheless, Hain was one of the Labour nominees of Ed Miliband for accession to the House of Lords following the dissolution of Parliament and was subsequently sworn in to the Lords on 24 November 2015, his sponsors being Lord Kinnock and Lady Morgan. 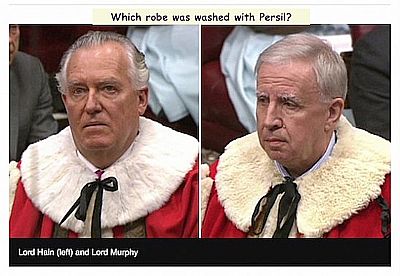 A copy of his inaugural speech to the Lords is linked to below.
(a video of this is also in the menu)

He is a leading member of the Constitution Reform Group, comprising politicians from across the political spectrum, academics etc

The group has been set up to promote discussion about the benefits of maintaining the Union and argue that a new Act of Union is now necessary in the light of concerns about rule from Westminster and increasing devolution.

Hain has also been appointed as a non-executive director of African Potash Ltd, a company set up to discover, mine and sell potash on the African continent. His remuneration is not yet known, pending publication of the next accounts of the company.

He was also awarded a medal by the South African government, getting the Companion of the Order of O R Tambo (Silver award). It is an award given to foreign citizens “who have promoted South African interests and aspirations through co-operation, solidarity and support”. It was presented to him on 8 December 2015 in Pretoria by Jacob Zuma.

In December 2015 Lord Hain was announced as the manager of Welsh Labour's campaign to stay in the EU.