It is on record that Peter Hain favours the Alternative Voting system.  Here we look more at its merits and question what effect it would have had on his Neath Parliamentary seat. 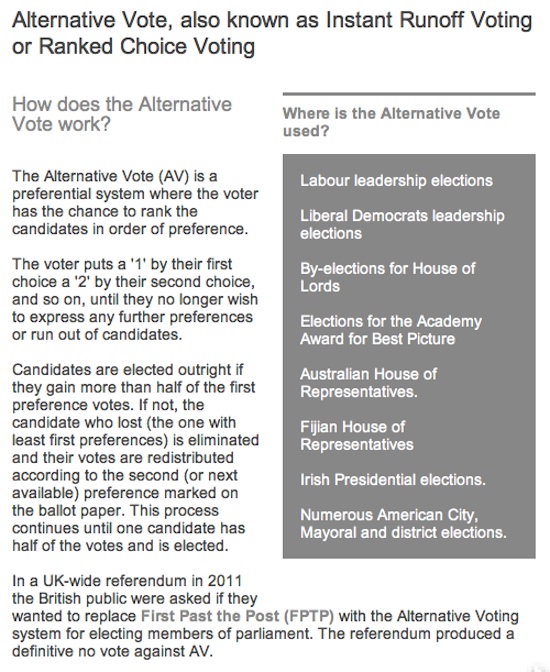 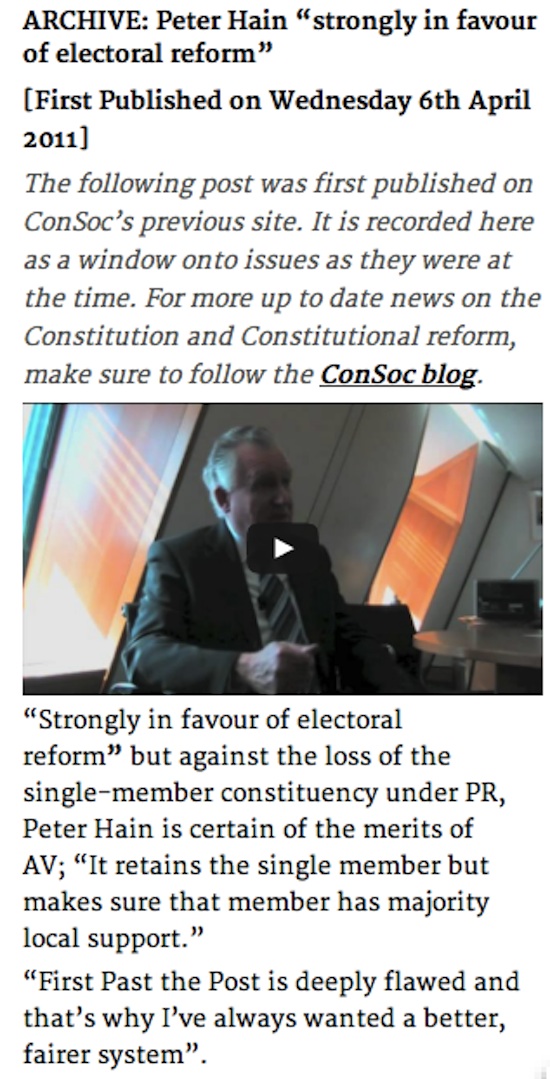 The reason we need electoral reform, Peter Hain argues, is that the current system of First Past the Post produces “very unfair results”. “Fewer than 1 in 3 MPs are now elected by a majority of their local voters” and even landslide majority governments have been elected on “little over 40% of the national vote”.

With trust in politicians having reached “rock bottom”, Peter believes AV would produce a much “healthier system”.  He sees reform of the electoral system as part of the difficult process of rebuilding trust between politicians and the electorate.

The system, he argues, would make it easier for people to “get rid” of badly behaving MPs, as a result of the “principal advantage of AV” that each candidate must win a majority of the vote.

“AV won’t on its own address the question of political disillusionment but I think it will help”.

In a rock solid Labour area such as Neath it is almost inconceivable that the Labour Party stranglehold on the seat could be threatened even by an AV system. However the closure of traditional Labour supporting heavy industries in Wales, coupled with social change and an increasing disillusionment with the traditional parties might one day alter the status quo. What is interesting is how rapidly Labour's domination has fallen back in the years since its peak in 1997(see below).

Peter Hain's zenith as regards electoral results in the Neath parliamentary constituency was 1997 when of course Labour had their famous victory. The turnout in Neath was 74.3%, 41,243 votes were cast and Labour got 30,324 of them.

Their percentage share of the vote has slipped in every General Election since, and their majority too has fallen in every GE to the extent that in 2010 we get the following:

So total votes cast comparing these years has fallen by 4,121 votes.

That's just over 9,000 votes that have disappeared from Labour's ranks.

An examination of the Labour Party (Peter Hain's) majority and percentage share of the vote makes for interesting reading:

The 2010 General Election was the first time ever that the winning Labour MP's share of the vote was less than 50%. The question is - is this a reflection on the Party, the candidate or both?