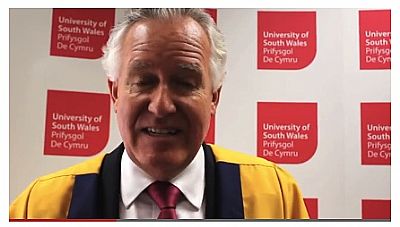 On 17 July 2013 Peter Hain MP was awarded an Honorary Doctorate by the University of South Wales. He received the award in recognition for his contribution to public life in Wales.

Vice-Chancellor of the University Professor Julie Lydon said, “We are thrilled to be recognising Peter’s outstanding contribution to public life in Wales, he is certainly a most worthy recipient of this title. This is an important year for the University as these are our first graduation ceremonies as the University of South Wales, and we are proud to be honouring distinguished individuals, like Peter, for their outstanding achievements.”

Speaking about the importance of university Peter Hain said, “This University’s mission is vital. Nobody can succeed – no nation can succeed – in this future without the highest skills, dedication and sheer hard work.” 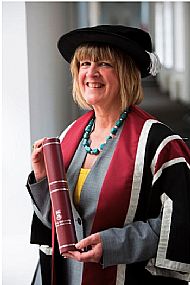 Not to be outdone, his wife, Elizabeth was awarded an Honorary Doctorate from Swansea University in July 2014.