(This personal profile of Peter Hain MP has been downloaded from http://www.welshlabour.org.uk)

Born in Nairobi, Kenya on 16th February 1950 to Adelaine Florence Hain and Walter Vannet Hain, my parents were South African born, my mother of British 1820 settler descent and my father of parents who had emigrated from Glasgow during the 1920's.

My family returned shortly afterwards to Pretoria, South Africa, at a time when the repressive Apartheid regime was tightening its grip on South African society. Outraged by the daily discrimination and abuses they saw being perpetrated under Apartheid, my family found themselves becoming more and more involved in the opposition to Apartheid.

My parents’ struggle made a lasting impression on me and so I too took up the fight against injustice. Following my arrival in Britain I became involved in anti-Apartheid protests, disrupting an international Davies Cup Match against Britain and then at the age of 19 becoming chairman of the Stop The Seventy Tour.

Educated at Queen Mary College, I am the author or editor of fifteen books and have written widely in pamphlets and articles on Labour policy and socialist ideology.

I joined the Labour Party in 1977 and entered the House of Commons in a by-election in 1991 as Labour MP for the South Wales Valley of Neath, a former mining community. On 14th June 2003 I married Dr Elizabeth Haywood at a ceremony in Neath and we live in Aberdulais in the Neath Valley. Elizabeth is a successful Welsh businesswoman and has been Chair of the CBI in Wales and a previous Welsh Woman of the Year.

I have two adult sons, Sam and Jake, from my first marriage. I am a proud grandparent and spend as much time as I can with the next generation of Hains. 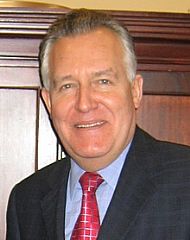 Peter Gerald Hain (born 16 February 1950) is a British Labour Party politician, who has been the Member of Parliament (MP) for Neath since1991, and served in the Cabinets of both Tony Blair and Gordon Brown. He was the Leader of the House of Commons from 2003 to 2005 andSecretary of State for Northern Ireland from 2005 to 2007 under Blair, and as Secretary of State for Work and Pensions and Secretary of State for Wales from 2007 to 2008 under Brown. In 2007, he ran for the Deputy Leadership of the Labour Party, coming fifth out of six candidates, although his failure to declare donations during this contest led to his resignation in 2008. He later returned to the Cabinet from 2009 to 2010 as Welsh Secretary, before becoming Shadow Welsh Secretary in Ed Miliband's Shadow Cabinet from 2010 until 2012, when he announced his retirement from front-line politics.[3]

He came to the UK from South Africa as a teenager, and was a noted anti-apartheid campaigner in the 1970s. He was an enthusiastic supporter of the ill-fated Alternative Vote system campaign in May 2011.

Hain was educated at Pretoria Boys High School and at Emanuel School, the latter of which eventually becoming a private fee-paying institution, then Queen Mary College (University of London), graduating with a first class Bachelor's degree in Economics and Political Science in 1973, and the University of Sussex, obtaining an M.Phil. (?) After university, Hain worked as a researcher for the Union of Communication Workers, rising to become their head of research.

He contested Putney in the 1983 and 1987 general elections but was defeated on both occasions by Conservative David Mellor.

He was elected to the House of Commons at the by-election in April 1991 for the Neath constituency that followed the death of the sitting member, Donald Coleman. In 1995 he became a Labour whip and in 1996 became a shadow employment minister.

In November 2015 Peter Hain was sworn in to the House of Lords where he is known as Lord Hain of Neath.