Would members please contribute (approx. 50 words) to the people/events shown here by sending an email by clicking ' HERE '

or sending an email to kevan.latham@ntlworld.com  - Thanks Kev 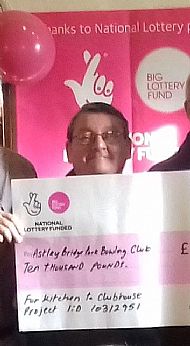 Robin Craig passed away on Christmas day 2021 - Although not a current member due to ill health he had been a long standing member /C team player and treasurer at the club for many years - he will be sadly missed.

The funeral was on Friday 7th January at Overdale crematorium .

Here is Robin - receiving a cheque for £10,000 from National Lottery, on behalf of the club, in October 2017 when he was Club Treasurer.

This money helped us to improve our kitchen and toilet facilities to be 'fit for purpose'. 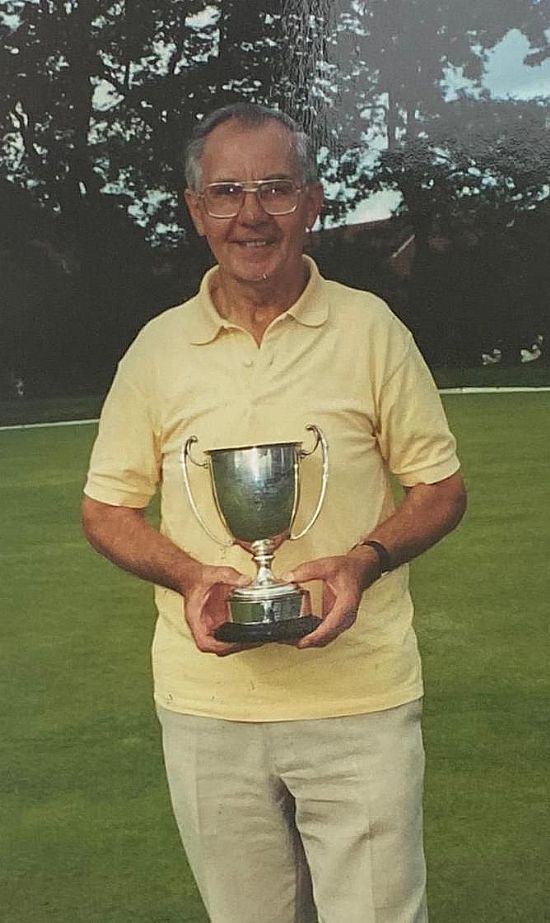 Fred Kay passed away on Thursday evening 21st October peacefully and with his family by his side.

Everyone at Astley Bridge Park Bowling Club send his family our deepest condolences and our loving thoughts at this sad time.

To us Fred was a stalwart club member who spoke of his thoughts openly in the committee and club teams - he was a keen and good bowler and loved representing the club in all respects - he was a well respected club member and will be missed.

His funeral service was organised by Howarths Funeral Services of Blackburn rd. and for Fred's webpage click fredkay.muchloved.com  where all relevant details can be found.

You can add a story/tribute on the following site.

His cortege paused outside the park where club members stood in silence with their thoughts about their times with Fred .

Since February Fred has lived in The Old Vicarage care home on Ivy Bank rd. and was happy there.

Fred would have been 90 on the 25th October.

We show below some photos of Fred in his different roles at the club. 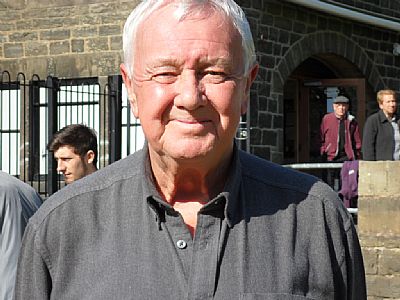 (after his last bowl that won us 'the cup')

From Eddie Gregson 3/3/19
Ernie was a nice guy, always dependable when needed, in later years he suffered with his bowling as not being as good as he used to be , although he did win us the cup one year with a fantastic last bowl he made. I used to have a pint with him in the con club on sundays and always fun to chat with -we used to play snooker together and had some fun times . 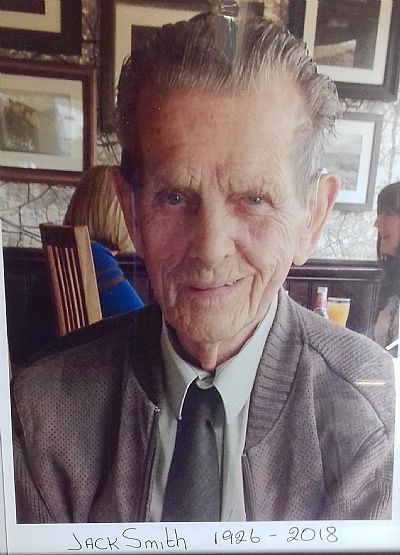 Well he was such a nice guy always happy to chat with anyone and never a bad word against anyone, he was a v good member of the bridge club , and was a fantastic bowler when in his prime, he knew every blade of grass , if he got you on a fav mark , he would run you ragged.
But always humble after the game , in later years his health became an issue and he could not bowl anymore , but he then became the brew boy for the members , his tea was legendary , thick like treacle , ha ha , it was best to drink it down with a smile and say nowt. He was also a very good snooker player and used to play for Hollywood road in early years     Thanks Jack 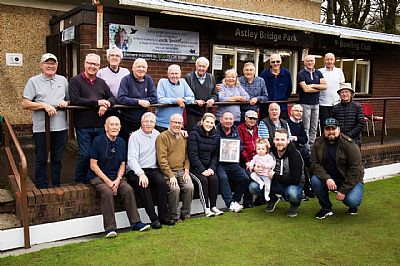 Memorial match photo for Jack-held during 2018 season - with his family. 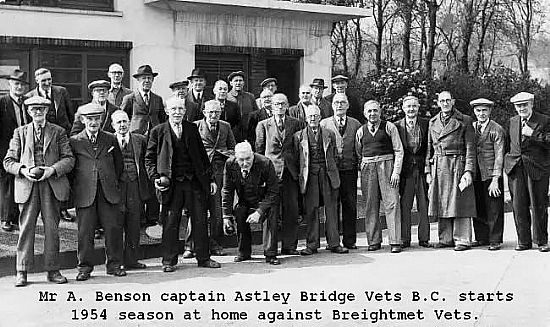 Is someone's dad or grandad or even great grandad here ? - do we know any names ?

Can't help having 'just a thought'.

Everyone in this photo is not here today - but have contributed to the history of Astley Bridge Bowling Club.

Not only that, but they were all eligible to fight in the 1st World War- so the majority of them served in that and survived, then they experienced the 2nd World War too.

What an incentive that is for us all to contribute to keep our 100 year old club going in these changing times - what a great bunch of fellas - a lot of guts and determination !!