Also Kevan won the averages for section B 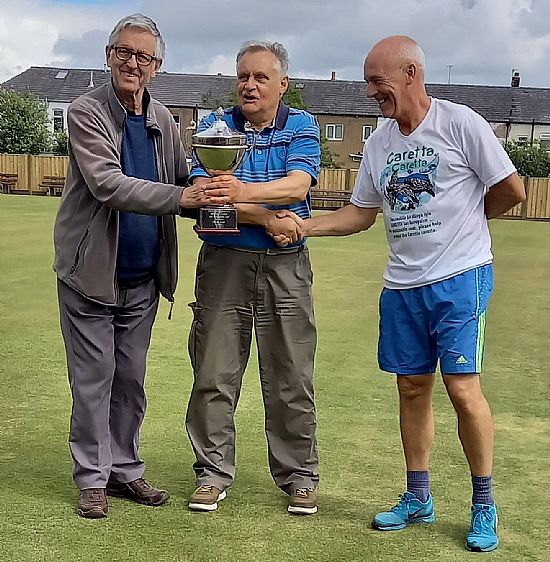 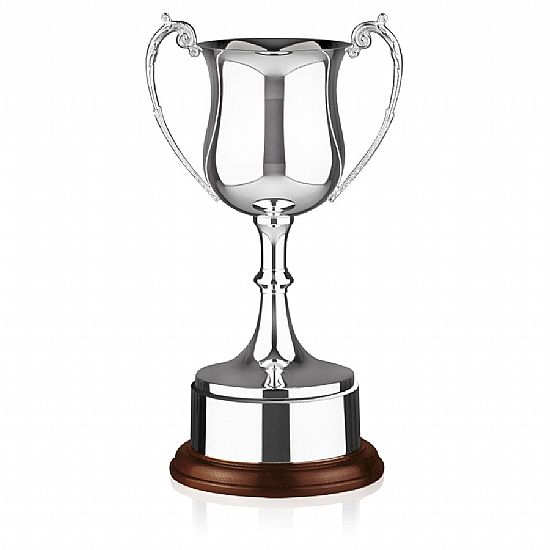 Conny league Presidents cup was retained at Astley Bridge for another year by Kevan who beat Mark Cafferky in the final on Sunday 3rd July 2022 at Dunscar Conservative club.

Thanks to Dunscar for hosting and John Southern for organising on a very good green.

with Keith and Roger being in the semi final - so well represented Astley Bridge.

Permit fee to council £36  (50% subsidised by our club)[this allows you to play on any park green in Bolton for free].

Astley bridge club membership is to remain at £12

If we need to raise additional funds for the team then we need to have football cards or similar.

1. The objectives of the team shall be to create a social and competitive group of bowlers with an enthusiastic frame of mind, and with the aim of improving the bowling ability of all the team members'

3. The captain must be informed if a ‘player’ is going to be later than the start of the match.

Anyone not doing so will not go into the draw and will be considered  '1st reserve'.

The squad/team size and purpose of the team will make playing every week very unlikely - but will guarantee a full team every week.

Four (4) reserves will automatically play in the match following the one attended.- replacing the worst 4  results from the match attended (no matter who your opponent was or even if you won. )

5th and subsequent reserves attending matches will move up the reserve list playing in the the matches following.

This rota system will continue all season. - except in cup matches when best averages pick the team.

5. The team and reserves will be posted on this web page - so that everyone knows who is playing on the night.

(If a player informs the captain that they cannot make the ‘team’ on their selected match day then they will play in the next available match for them.)

6.In order to improve player's bowling and build the team - pre season round robins will be organised at the club.

After home matches players have the option to go the Conservative club (50 yards away) to have a drink and chat.

After home matches /when the weather /daylight/spare wednesdays are available we can practice/have round robins to give reserves some bowling practice if players wish to.

All reserves are welcome to practice before matches - just in case they are needed on the night.

The conny league presentation/agm was held on the 12th january at Dunscar conny club.

This photo is kev receiving the Arbuthnot cup .

The Presidents cup photo is below.

- keeping Astley Bridge on the map 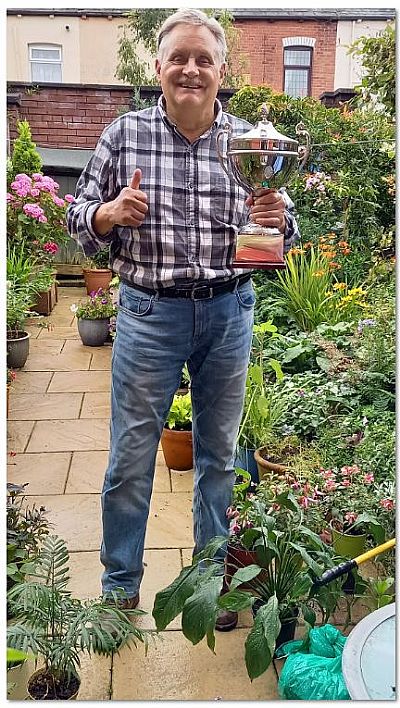 Keeping the cup at Astley Bridge as our Gordon Butler was the last to win it.

The weather on the day was changeable - sunny then a shower - then cloudy .

The turnout could have been better but I understand that there were other comps around town.

Kevan played Steve Walker (from Little Hulton) in the final and it was a good contest with some good bowling. 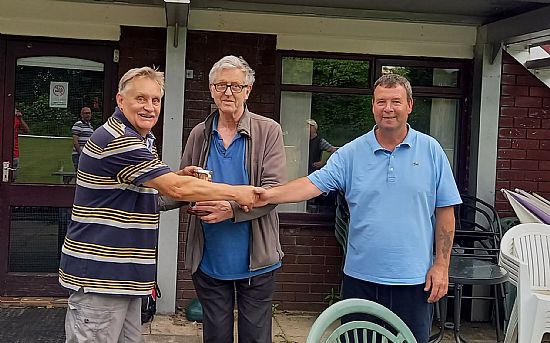 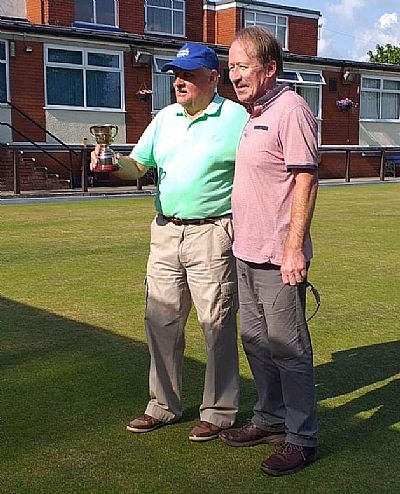 He is here pictured with runner up Gordon Butler another Astley bridge bowler .

Gordon was going for the treble - as he won the Conny league presidents cup and also the Betfred pairs cup earlier this year.

Great standard of play by everyone on the day - with the green running really well.

Everyone loved a really competitive final. 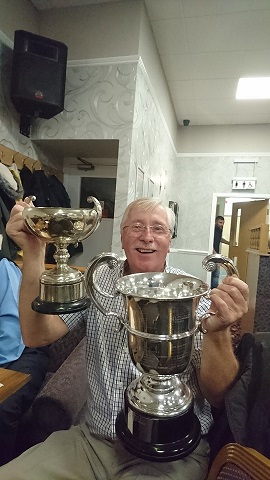 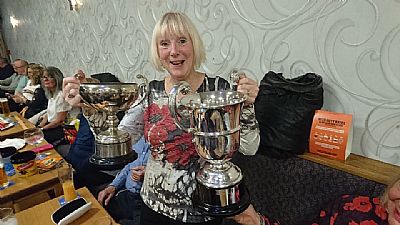 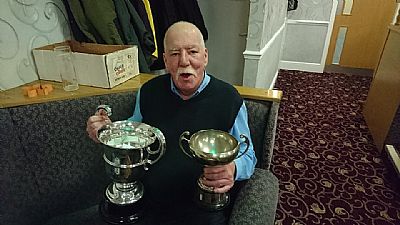 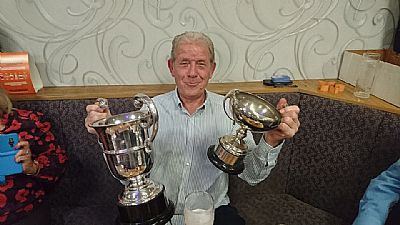 sorry if your photo isn't here - had problems uploading them ! 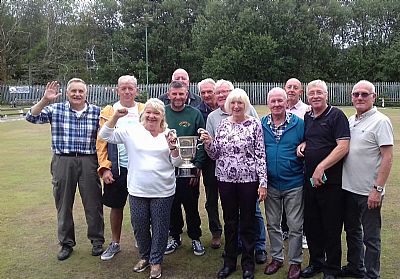 The Conny team would like to say 'thank you' to Astley Bridge Conny Club who have sponsored us in previous years prior to Covid. .