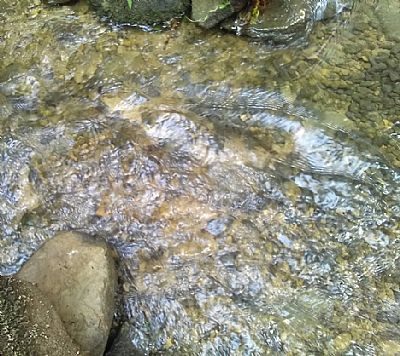 Material form is intrinsically dynamic - a product of natural flow, which arises from the relationship between space and energy. Space plays a receptive, inviting role and energy plays a responsive, informative role in this relationship, which distinguishes material bodies from one another and their surroundings, but does not isolate them as definitively bounded objects.

So matter both inhabits and incorporates space. It does not occupy or displace space. Space is a natural intangible – and therefore frictionless – presence that cannot be cut by anything or be excluded from anything. 