Only 2 movies were made for the big screen back in 1965/66, and both starred Peter Cushing as the Doctor. Roberta Tovey played his grand-daughter Susan in both movies, while Roy Castle played Ian in the first movie called Doctor Who and the Daleks, with the second movies being Daleks - Invasion Earth 2150, which co-starred Bernard Cribbins who has also appeared on the TV as Wilfred Mott.

Here are some pictures from the second movie. 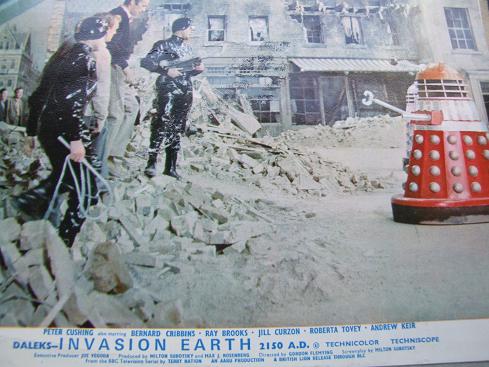 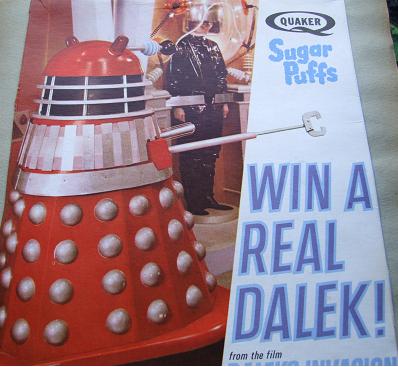 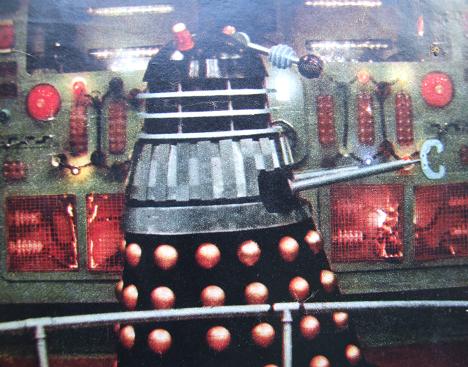 This photo is taken from the first movie of the Daleks in their city. 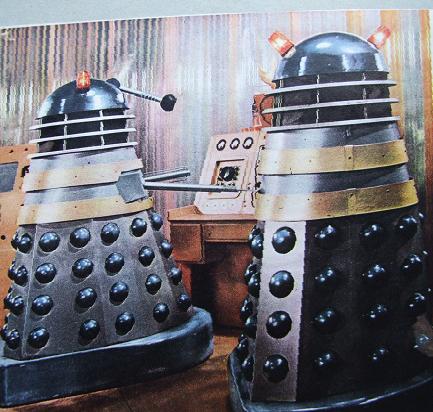 Daleks are very quick tempered and to anger one could prove fatal. 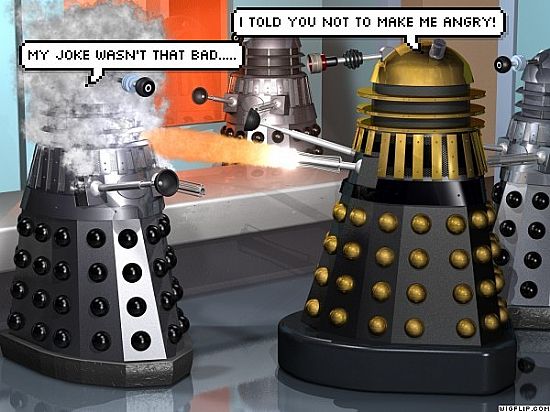 Daleks can destroy each other, as seen here in the battle during the Dalek Civil War. 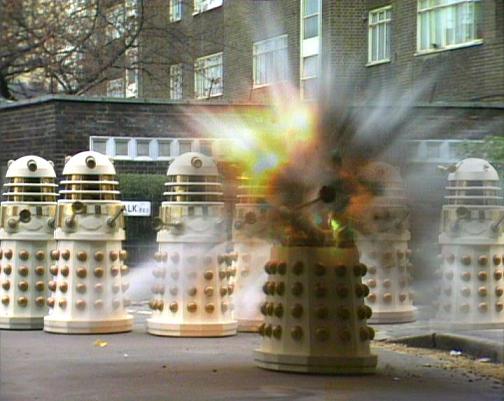