Skaro is like Earth in some ways, as it is covered in liquid areas called such things as "The Sea of Rust"; although not of Skaro's seas are made up of water, as there are some which are acid and highly corrosive. Some of the seas also contain horrible monsters, so even if you fancied a swim, it would not be a good idea to even dip your toes, as you'd most likely have them bitten off; or even be dragged into the sea by some horrendous mutated creature. 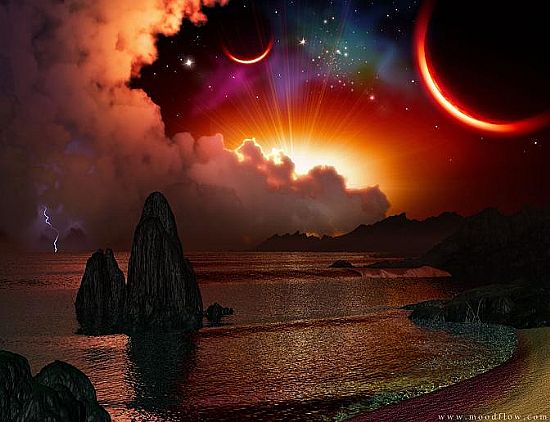 Although the seas of Skaro are home to these monsters, they can look lovely when the light of one of Skaro's suns or the glow of a neutron storm hits, as these pictures show of the planet's surface. 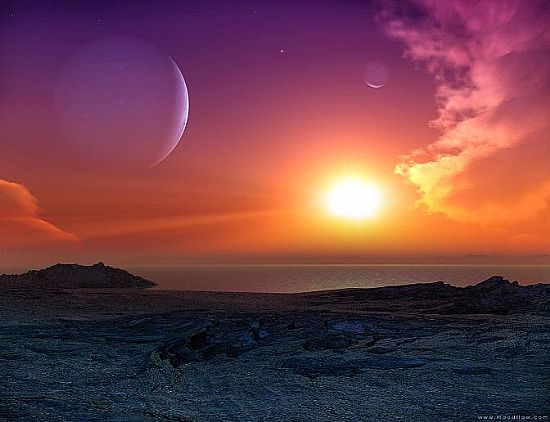 Perhaps not everyone collected Dalek books or memorabilia, but when I was a young guy back in the 1960's, I tried my best to get my hands on any books, toys or models of Dalek or Dr. Who origin that I could. The very first annual book was brought out in 1964 was "The Dalek Book", which is now highly collectable and becoming a bit of a rarity. My mother gave away all my Dalek and Dr. Who annuals one day when cleaning out my room, to some younger kids across the street. I wish now that I had gone to get them back; but I was only 17, and in those days you didn't go against your parents decisions or wishes while you were still living under their roof as it were.

I am pleased to say that, in later life, I was able to find some of books I'd lost; but had to pay out a small fortune to get them I might add. Below are scans of the original "Dalek Book" and "Dalek World" annuals, after which followed many more Dalek Annuals and other publications. 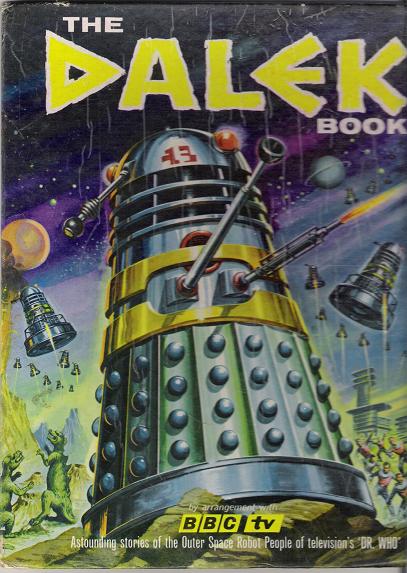 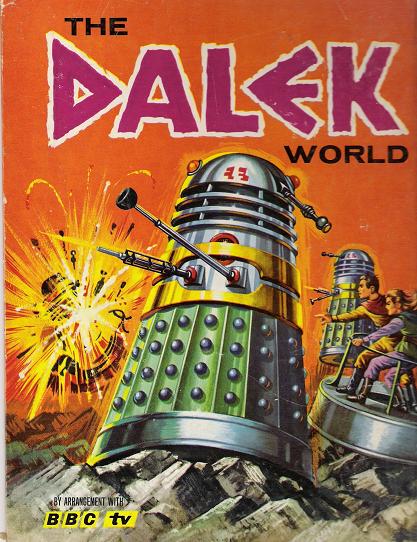 Yet another handy little guide to our friends the Daleks was published in the form of "The Dalek PocketBook and Space-Travellers Guide" in October 1965. It contained facts and information from Terry Nation (the real life creator of the Daleks) which had previously been unknown to we humans. Such questions as "Can a Dalek swim?" and "How does a Dalek obtain its motive energy when it leaves Skaro?" were all answered in this neat little pocket sized Dalek Encyclopedia. 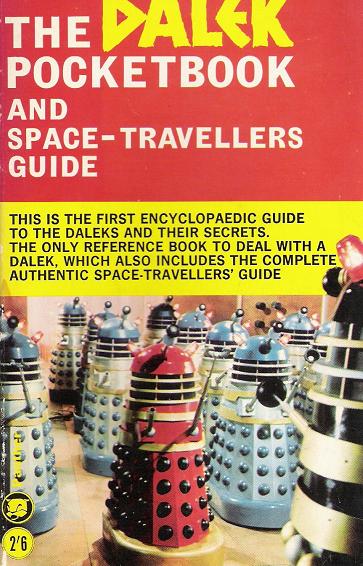 My own personal copy is now like me, rather old and yellowing around the edges  but it is still going strong, and is still all intact and in one piece. In fact, it is probably in much better condition than I am, and still makes for fascinating reading!

Dalek Books to read.
A new book which has recently been published sounds a very good read for all Dalek fans. It is basically about an archeological dig on Earth that finds a buried Dalek which has been lying dormant for eons. As yet, I haven't read this book; but it will definitely be on my most wanted list for my next birthday, I can assure you of that.

Creator of the Daleks

The real creator and inventor of the Daleks was of course, Terry Nation. Before he was invited to write the 2nd Doctor Who story in 1963, Daleks were completely unknown to the human race. He once told journalists that he had come up with the word "DALEK" from the print cover of an encyclopedia DAL-LEK; but this was pure fabrication on the part of Mister Nation, as no such a volume exists. The way a Dalek actually glides across a surface was inspired by the Georgian State Dancers, as Terry was awed by the way they appeared to move silently on invisible legs.

A guy called Ray Cusick, who was a programme designer for BBC Television is responsible for the so called "Pepper-Pot" design of the Dalek. "They went down like a house on fire" to quote Terry, and he was amazed to find himself in very popular demand. The invention of the Daleks sparked off a lot of related mechandise, 132 products in total (which has risen beyond that figure now) in the form of Dalek jelly babies, wallpaper, slippers, books and much more!

Like Terry said, it would be very difficult and foolish to try and rival the Daleks, even though he himself actually killed them off in the very first story; but then no one had any idea just how popular Daleks would become?

So give thanks to the man pictured below, as without him The Doctor would never have had any encounters with these creatures who have become his Arch Villain, nor could he have been their Arch Nemesis. Thanks Terry for giving us THE DALEKS! 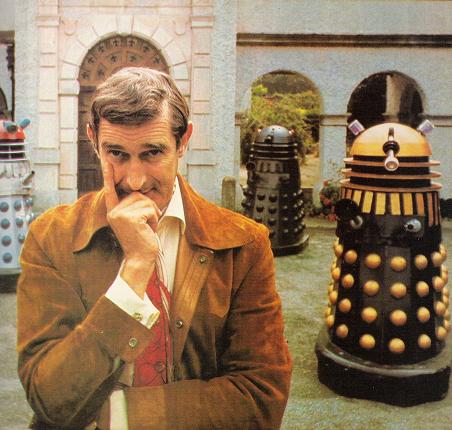