This poster design was made by a fan of the Daleks. 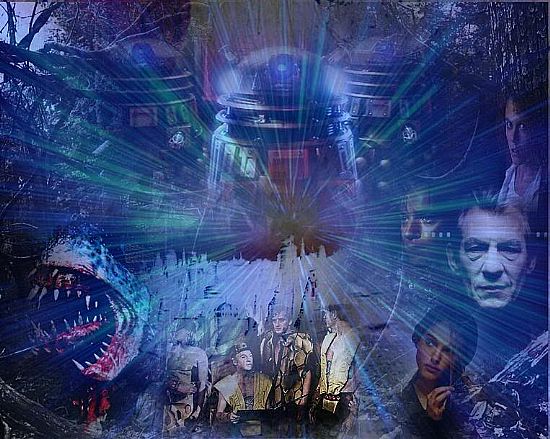 Daleks from the past. 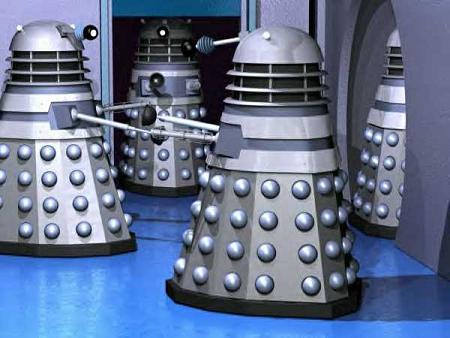 Daleks have changed very little from their early appearances of TV and Movie screens. On this page I will place some images of Daleks to show the creations we have all come to know over the years. Love them or hate them, fear them or respect them; but you simply cannot ignore them!

A very early black & white (monochrome) photo of Daleks crossing Westminster Bridge in London. This was from the 1964 story "Daleks Invasion of Earth" starring William Hartnell playing the role of the 1st Doctor Who. 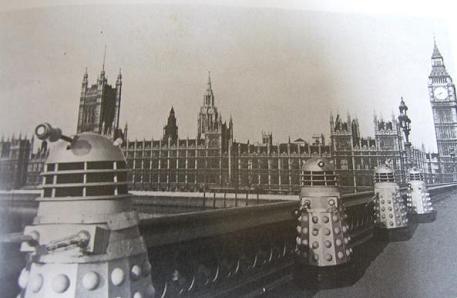 Daleks surround the 3rd Doctor, played by Jon Pertwee during the early 1970's. 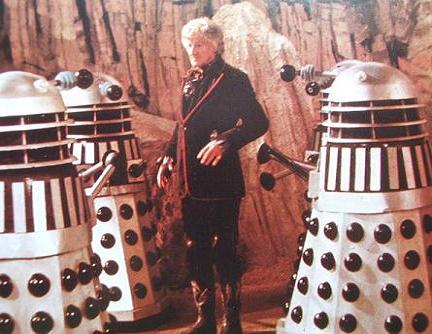 These Daleks were from a story called "Genesis of the Daleks", with the 4th Doctor played by Tom Baker, who can be seen in the photo below this one! 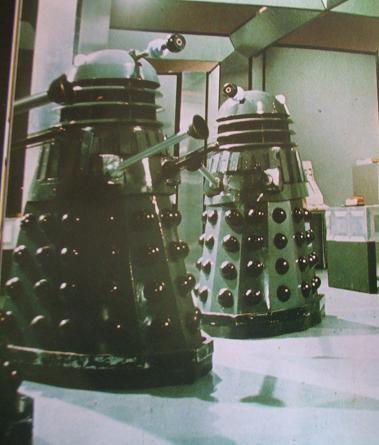 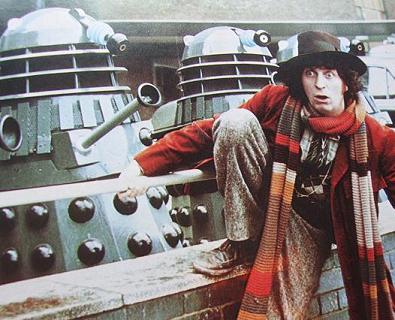 One of my favourite early Doctor Who stories was "The Chase" in which the first Doctor was chased all over time and space by the Daleks. An interesting episode included a fight between a Dalek Battle Group and a race of robots called Mechanoids. These pictures show the Daleks using a detector in their search for their enemy, the Doctor; and a conference of war with the Black Dalek, later known as the Dalek Supreme. 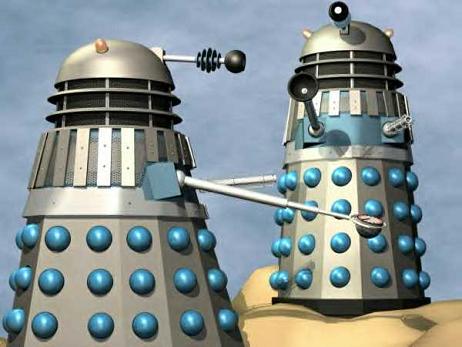 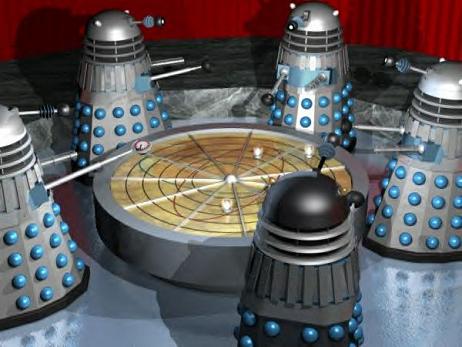 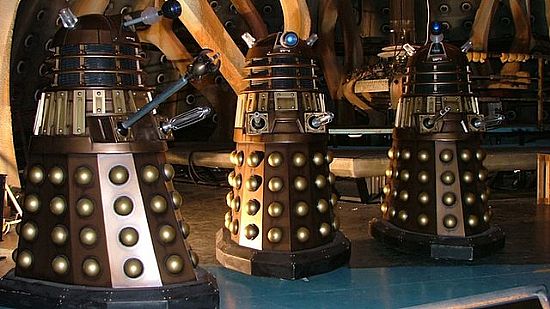 Daleks may basically be the same in overall design, but their appearance has made a few changes over the past 4 decades, as the new TV Daleks look entirely different to those of the 1960's or 70's. This photo from the Dr. Who story "Bad Wolf/Parting of the Ways" shows the new daleks, so you can see how they have altered in design from much earlier models.