War of the Daleks & Time Lords. 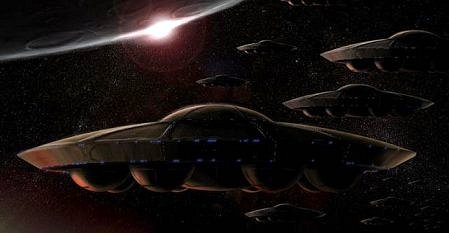 This page will cover various bits of information about the Time War between the Daleks and the Time Lords of Gallifrey.

So far I have gathered very little on this subject, but will update this page once I have any pictures or topics.

Asylum of the Daleks, which was the latest story written by Steve Moffat; and to be honest although the plot was well conceived, the story could have been better presented over 2 or even 3 episodes, and we were not shown every Dalek known to man as promised by the BBC. This story was shown on September 1st 2012. 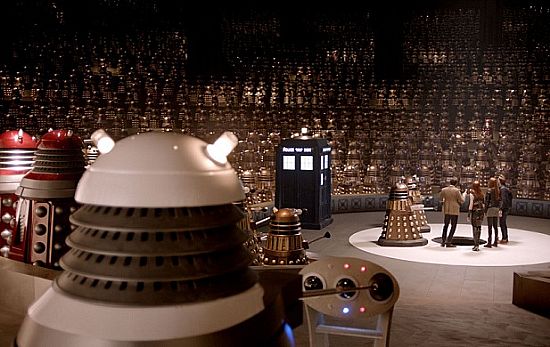 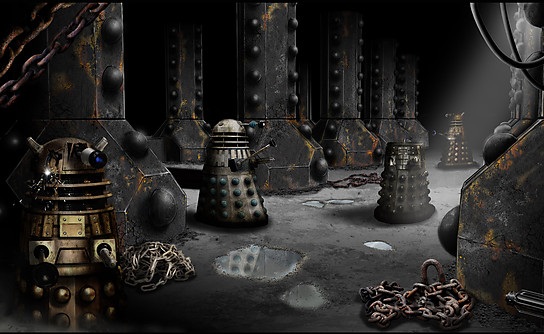 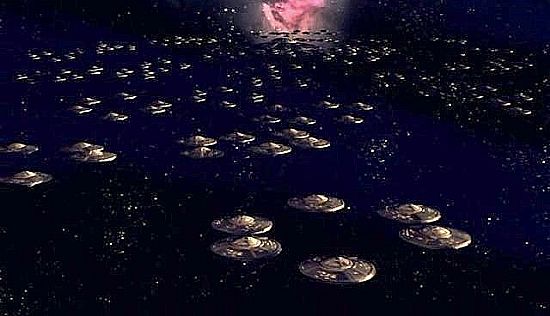 What exactly triggered off the war between the Time Lords and the Daleks is a matter of some debate, but it had to end badly for one side or the other; and in the end it saw the final destruction of Gallifrey and the Time Lords, apart from the Doctor and also the Master, as both somehow survived the war. 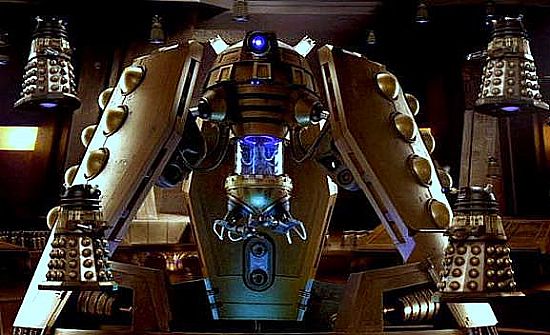 The Daleks continue to live on, as despite the best efforts of Doctor Who to eradicate them from the universe, they keep turning up in the most unlikely places to do battle with him. This was what happened when they decided to steal planet Earth and other planets to make themselves the only lifeforms to exist in the universe, as then they would never have to fight a "Time War" ever again.

Daleks use mainly the flying saucer type design for their battles, but other kinds of space craft can also be found in the Dalek Battle Fleet. 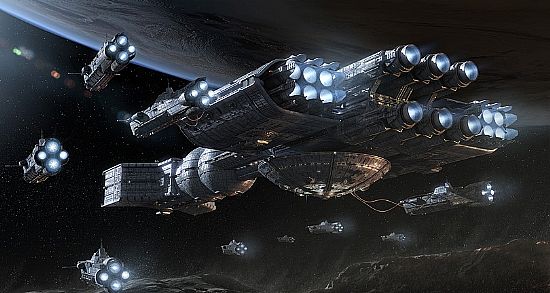 Some rather odd designs have been used in the Dalek's war technology. Here we see the spider machine. 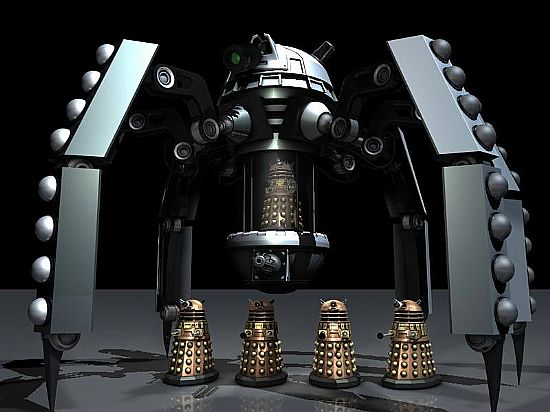 Who are the Time Lords? 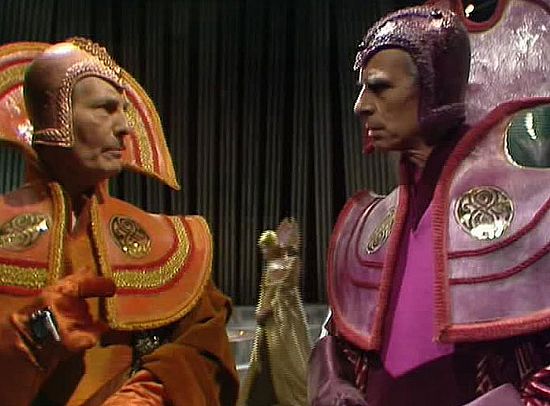 A long time before the Dalek race evolved from the Kaleds, the planet of Gallifrey had a race of beings who had mastered the laws of time and space travel. With machines capable of travelling anywhere through space, and into any time dimension; and later even into alternate universes, the Time Lords became to think of themselves as virtually indestructable. How wrong this proved to be, as they had not accounted for the way the Daleks planned to be the only superior lifeforms, and their utter determination to use any means at their disposal to carry out this plan.

Perhaps it was the arrogance of the Gallifrean race that ultimately led to their downfall, as many of them considered themselves to be God like; and even the Doctor has shown contempt for lesser beings and sometimes exhibits ego maniac traits. It is hard to say if he is truly the "Last of the Time Lords", but if he is then their race is doomed to extinction, as he has no female to mate with, neither can he go on regenerating himself indefinitely. Cloning may work, or he may be able to find a parallel universe where Gallifrey still exists with his race alive and well. Who knows?

The Time War was almost the defeat and destruction of the Time Lords, as the Daleks inflicted heavy casualties on the people of Gallifrey. 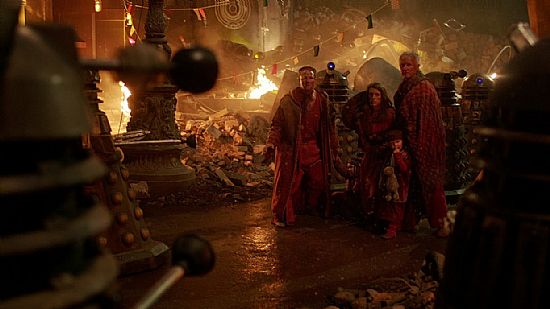 One thing is certain, his war with the Daleks never ends, as they keep finding ways to come back to fight him. So maybe they are the superior beings they claim to be, although the battle between the Doctor and the Daleks always seem to end on a stalemate; but then they did defeat and destroy the Time Lords of Gallifrey, with the exception of the Doctor and apparently the Master also.