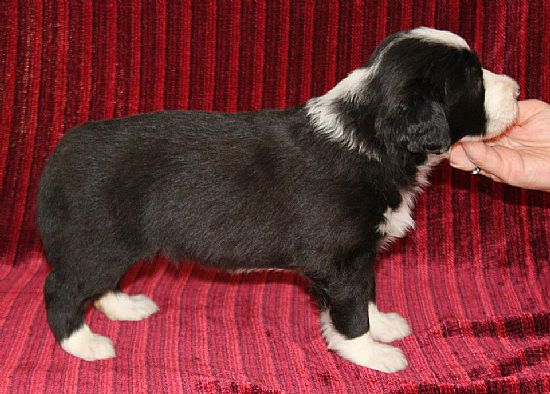 Aged five weeks, our keeper from Beattie's super litter to the magnificent Byron.... 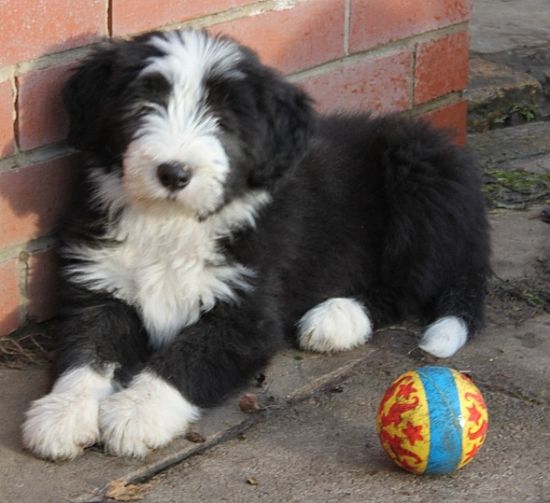 A quiet pup with a sweet face, Abbie has always been very photogenic! 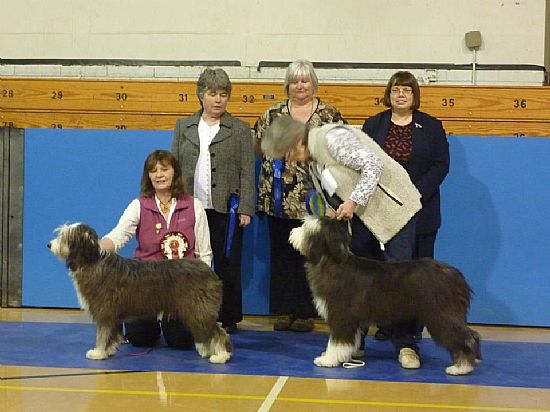 She is a relaxed and natural show dog, here taking BPIS at one of her first outings, the North of England Bearded Collie Club Championship show 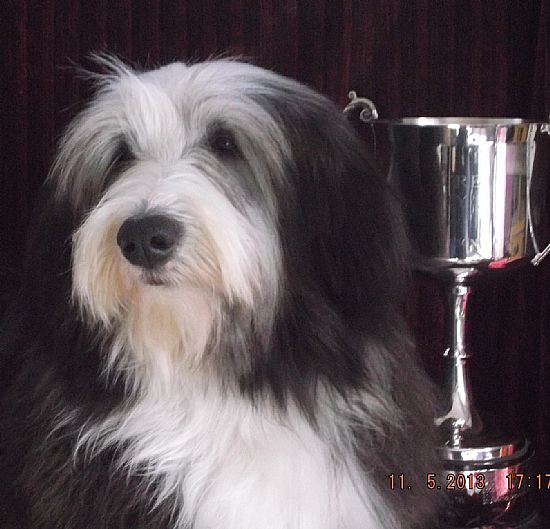 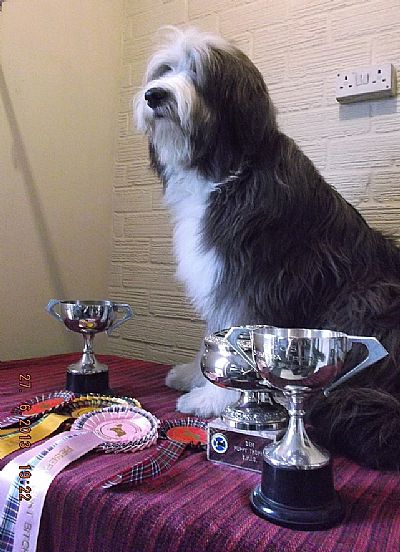 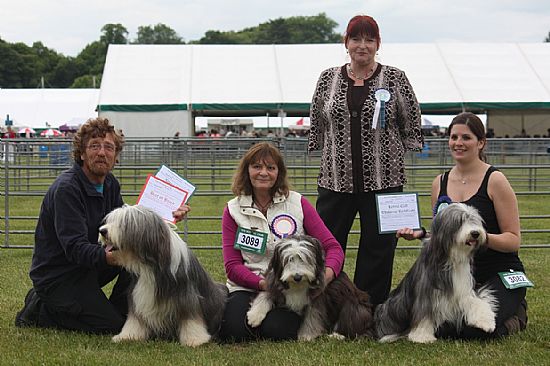 Border Union Ch Show, with her uncle Blake and aunt Roxy - what a day for the Team Talraz  - thanks to judge Mrs Shelagh Walker 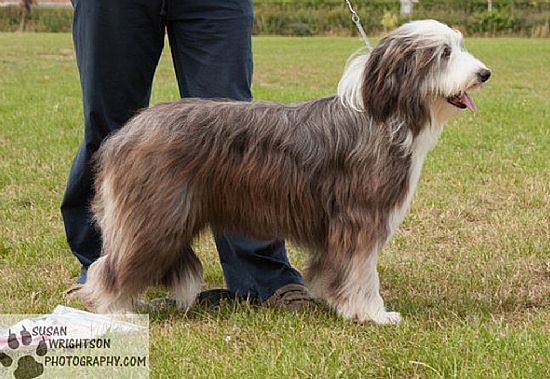 At the age of ten months, Abbie suffered a high speed collision out at exercise and unfortunately her showing career went on hold while she battled with her injuries....she managed to get to two further Ch shows, and took Best Puppy at both, but happily her earlier winning record proved unbeatable and she finished the year as Top Puppy in Breed, claiming the Our Dogs Puppy Trophy, the BCC Orora Top Puppy Trophy and the SCBCC Top Puppy Trophy 2013

Abbie also reappeared following her injuries, as a rather out-of-coat junior, to pick up the open show points necessary to claim her Junior Warrant title 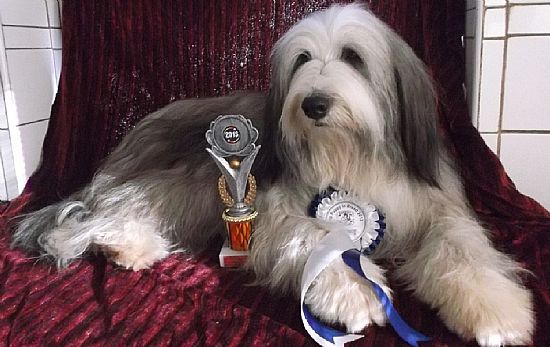 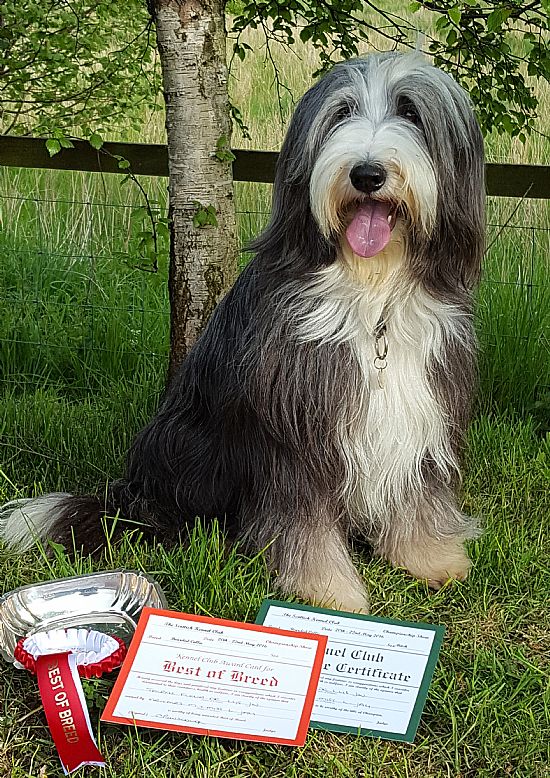 Posing with her awards on the way back from Scotland

Abbie went on to take two Reserve CCs, at Driffield under Fran Kaye and South Wales under Graham Atkins before delighting us all by taking her 3rd and crowning CC at Working & Pastoral Breeds Association of Scotland Championship show under breed specialist judge Wendy Knowles 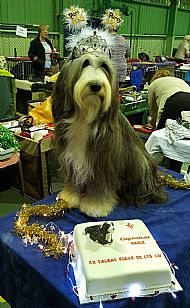 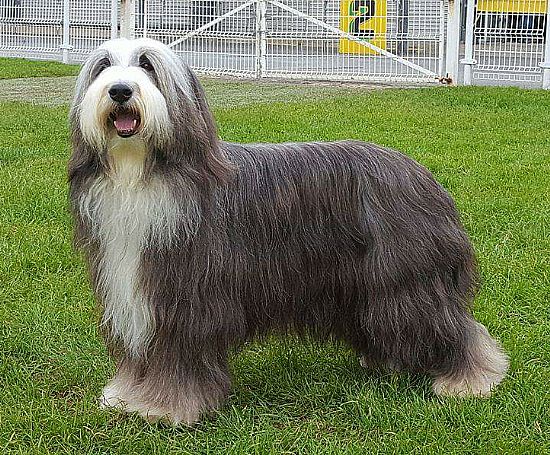 Since earning her Champion title Abbie has gone on to be awarded: 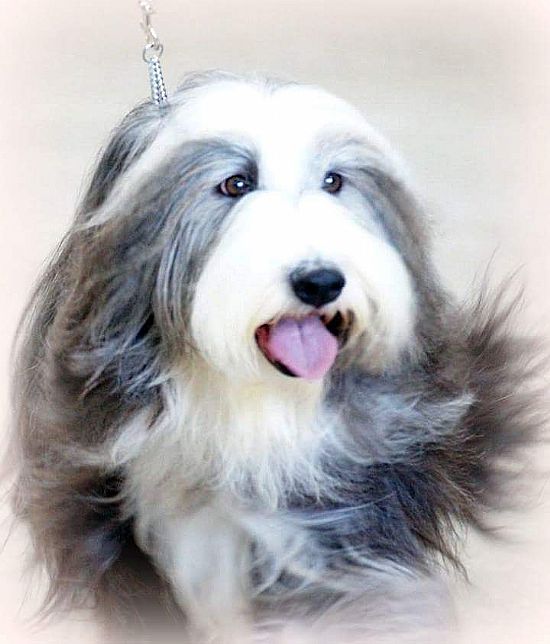