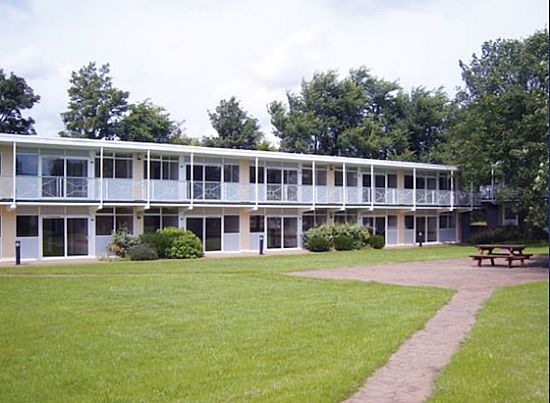 In 1983, Bob Chapple, one of five Pontin's Special Events Managers, had a brain wave.    It was to make the events even bigger by combining two sites together - Hemsby (pictured above) for self catering enthusiasts and Seacroft (below) on the opposite side of the road for full board guests. 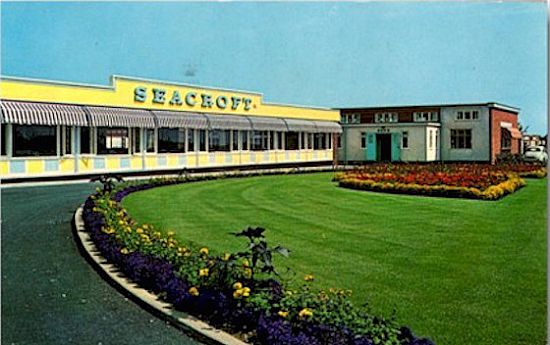 On the first evening at Hemsby it was the Mark Shakespeare show and crowds flocked over from Seacroft to see it - thus overflowing the site.   To cater for the unexpected crowd it was arranged for Mark to give a 'second house' show.

It transpired that the programme at Seacroft was unsatisfactory and could not match the presentations put on at Hemsby by Cled Griffin who was forced to use the larger ballroom for concerts and the smaller concert hall for dancing.

Roy Neal was given the job of presenter on RADIO PONTINS to tell guests about programme changes.

On the Sunday, the second day of the event, the manager of Seacroft sent for Bob Chapple and Cled Griffin (left), and told them that something had to be done for his guests who were paying a higher tariff.

Cled Griffin then arranged for Janet Dowsett and Trevor Daniels to present shows and events at Seacroft for the rest of the week.

On the Tuesday Bob Chapple was so embarressed with his 'brain wave' that he suddenly left the site without telling anyone he was going, leaving it all to Cled Griffin to sort things out.

Before the end of the week it was revealed that the 1984 Keyboard Music Festval would be up north at Morecambe with two keyboard magazines organising the programme - using their advertising power to promote the event.

The bright spot of the Hemsby Festival, however, was on the last day when guests thanked Cled Griffin for the brilliant programme he had put together