In 1989 and 1990 Cled Griffin (left), produced MUSIC & WINE KEYBOARD FESTIVALS at Pontin's Riviera Holiday Centre at Weymouth.  Both events were filled to capacity with a crowd of around 250. 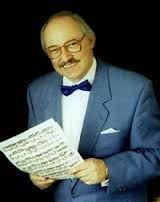 The weekend events featured Steve Lowdell (right) and the Keyklix Duo (Ian Griffin and Richard Bower - below) with a comedian for additional laughter.   In 1989 the comedian was Owen Money who later received a Sony award for his Radio Wales music programme. 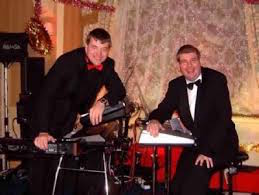 On the Sunday of each weekend the wine tasting sessions revolved around home made wines that guests were invited to bring along with them.   Steve Lowdell proved to be first class judge, enjoying every sample presented to him for his witty comments. 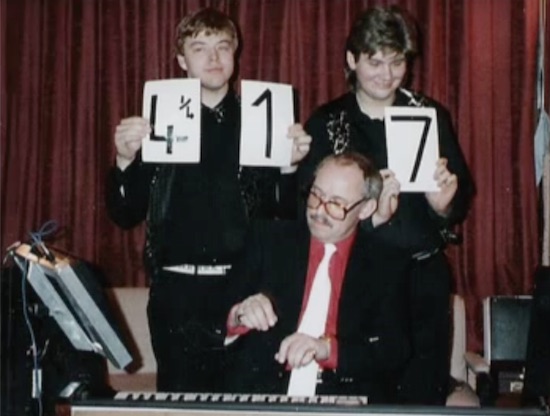 Steve Lowdell getting marks for his playing!