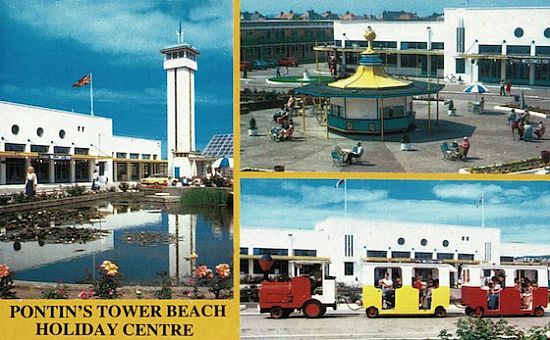 In 1981 and 1982 Cled Griffin produced Keyboard Music Festivals at Pontin's Tower Beach with capacity crowds of around 2,000 keyboard music enthusiasts.

Evening shows were presented by the three magazines that were being published at that time, namely:  Home Organist, Organ Player and Keyboard Player & Music Maker.

Cled Griffin engaged Alan Ashton, radio broadcaster and journalist to present and compare the evening shows and presenters from 2CR ILR to organise the junior talent competitions in the afternoons.     Several music teachers were responsible for the morning teach-in sessions.

Showcases were presented by the brand names, including: Hammond, Lowrey, Baldwin, Gulbransen and Wersi.

Dealers had their own trade stands with star players giving demonstrations during morning and afternoons.

Evenings ended with dancing to the music of popular players. 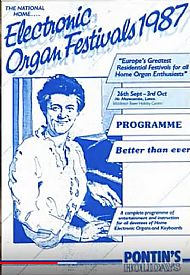 Doreen Sheard (right) was featured on one of the booking form to indicate the popularity of the master classes.

In 1980 Pontin's had 26 holiday sites compared to only 6 in 2014, which are currently owned by the Britannia Holiday Group.