The Annual Field-trip in April 2017 was to the site of an 18th century whisky distillery at Mulchaich, highlighted by Meryl Marshall in her presentation to the Group in January. The visit was led by Chris and Dave Rendell who had helped survey the site during a Scotland’s Rural Past Training Event. 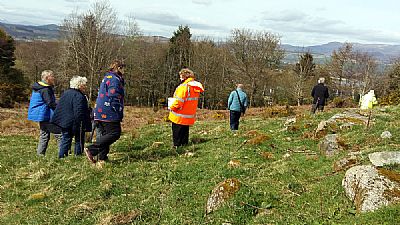 In introducing Mulchaich to the group Chris and Dave explained that the best way of ‘reading the site’ was to think of it as a system within the landscape, in this case a whisky making system with inputs, processes and outputs that have left a distinct footprint within the landscape. Using maps, plans and photographs of a reconstruction of an eighteenth century whisky distillery we looked over the site and discussed a variety of interpretations. 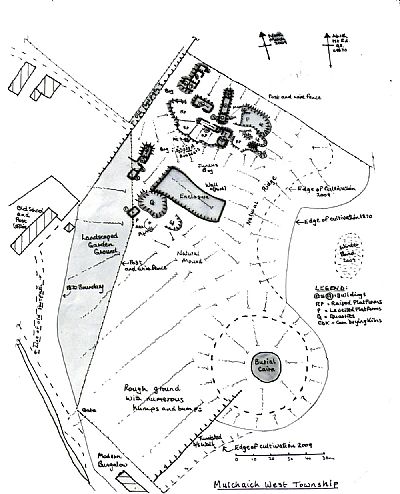 Approaching the site from the road to Mulchaich Farm we first encountered a large walled enclosure which may have been a storage area for the large quantities of peat required in the processing of the barley/bere into malt and the subsequent mashing and distillation into spirit.

The enclosure is bounded to the northeast by a boggy area and spring which is all that remains of the pond that provided the large quantities of water essential to the mashing, fermentation and distilling processes.

On the far side of the pond are a series of buildings which would have acted as grain stores and malting floors with the remains of a drying kiln for halting germination. 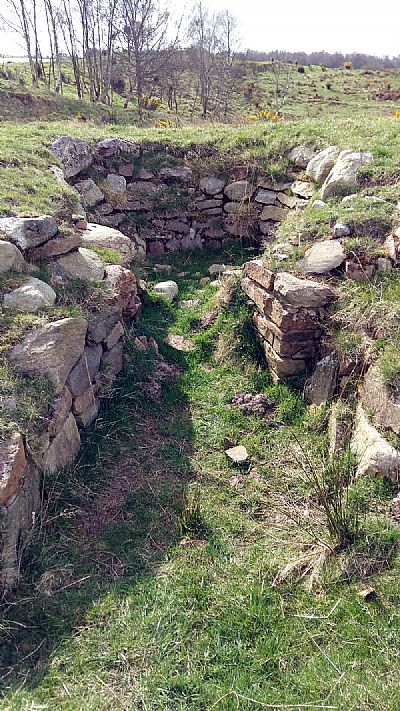 The buildings below the pond would have logically housed the mash tuns, washbacks and pot stills in which the malted grains would have been converted into spirit. 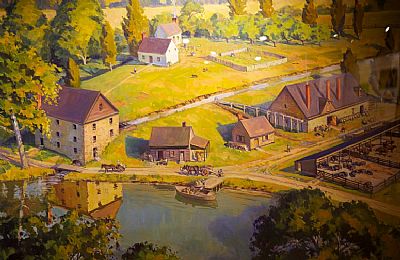 Clearly visible from the top of the site was the remains of a small fermtoun that probably housed the distillery workers and provided an outlet for the leftover grains that could have been used for fattening livestock. Looking back over the site on its hillside also gave the group a chance to discuss the earlier landscape associated with the Ferintosh Distilleries and the importance of the underlying soils and geology in both the production of grain and peat and allowed the transportation of the finished whisky to markets across Scotland and beyond. 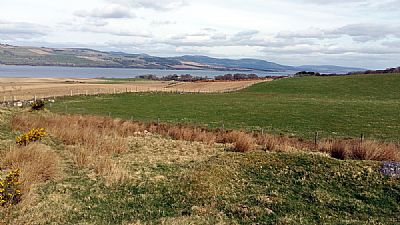