A Century of Shopping along Rosemarkie High Street 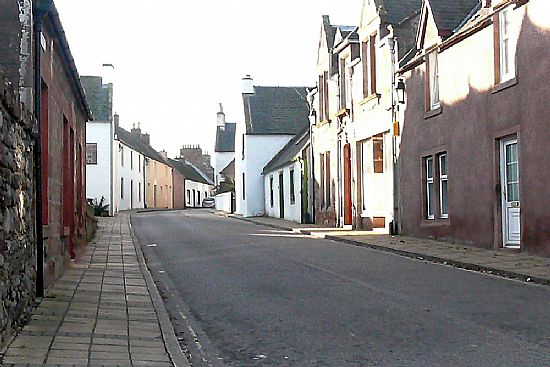 Plough Inn
A long established public house, extensively renovated by John Robb who was still the publican in Slater’s Directory, 1911. John Robb bought the disused meal mill at the bottom of Mill Road and turned it into a Laundry, washing bedding for the army at Fort George. The bedclothes were transported to and fro by ferry from Ardesier to Chanonry Point. It is said that although the sheets were put round the mill wheel and wetted the blankets just got a good shake before being returned as ‘clean’. 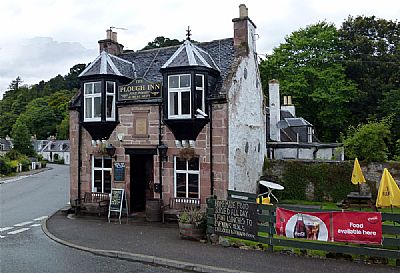 The Plough continues to be a public house and also serves good quality food in competition with the ‘Crofters’, a bistro type restaurant in what used to be the Baths and there is also the ‘Beach Café’ at the mouth of the Fairy Glen, which sells sandwiches and ice cream.

Craigbank Bridge Street (demolished)                                      MacRae, Tailor
Census 1901, Slater’s Directory, 1911. Kenneth MacRae was a master tailor and employer. The shop was burnt down by Polish soldiers in the Army in the Second World War. The building consisted of 2 rooms on the ground floor and 4 bedrooms above. The Inland Revenue Survey (1911) described it as ‘cheaply constructed’ with ‘wooden walls plastered and harled’. Rod Anderson who was employed by McRae built a shed in his back garden so he could continue working. 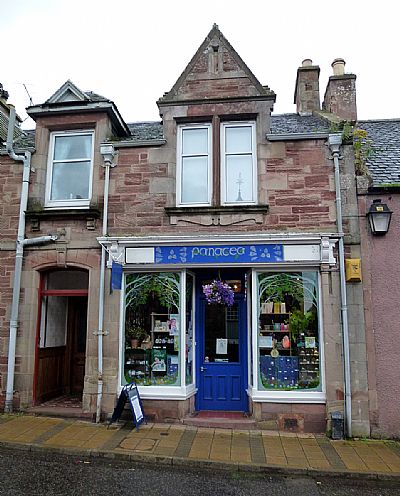 Previous to that it had been Jones the shoe shop. Catherine  Jones had a mobile van and was still selling shoes, drapery and haberdashery around the Black Isle in the 1970s. Sandra Jack described going into the shop as ‘entering Aladdin’s cave’. Mrs Jones sold everything one could possibly need in the drapery line.
In the 1930s Rosemarkie boasted two high-class ironmongery, grocery and provisions. Daniel Fraser specialised in grocery and provisions at 37, High Street.  He set up his brother George, who had been gassed in the Great War, as ironmonger ‘up the street’.
In 1911 the shop was a Cash Grocers run by William Robb.  In Slater’s Directory William Robb is described as a grocer. Robb was tenant to Alexander Sinclair, merchant (son of Ephraim Sinclair, salmon fisher). This General Merchant/Refreshment Caterer sold among other things, Cadbury’s Bourneville Chocolate 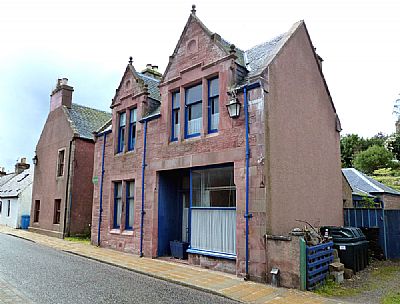 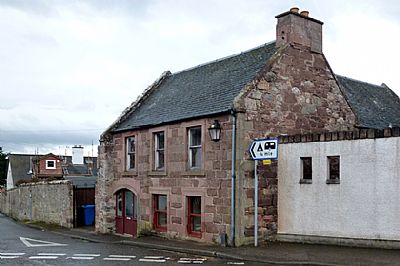 Miller’s Hotel run in 1911 by Miss Margaret Miller, spirit dealer. Owned by Margaret and her brother John, Rose Cottage, 2, High Street. Elizabeth Sutherland writes that the coaching inn had a four-horse coach, wagonettes and a phaeton. The Miss Millers were instrumental in raising funds for the erection of the Gordon Memorial Hall in 1904. Miss Agnes Miller had been married to a Gordon.

Doric House formerly Ivy House (private house)
This imposing classical building with its pillars and steps up to the door was built by Andrew Steavenson, a General Merchant . Steavenson was Provost of Fortrose in 1837. 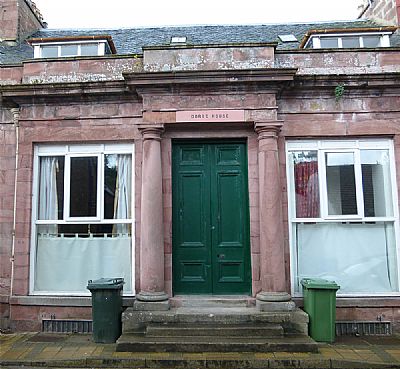 John Carpenter Steavenson, General Merchant, sold rifles, furniture and watches and leased salmon fishing from Hogarth. He bought Drumarkie, changed the name to St Helena and planted willow cuttings from Napoleon’s grave around the well.
Hugh Home, later, had his Grocer, Ironmonger business at Doric House. His son Michael ran the Post Office according to Slater’s Directory 1911 and the 1911 Census
By the 1930s it was occupied by M.MacGillivray, a ‘High Class’ Grocer, Newsagent and Stationer who also sold golf, tennis and bathing requisites.
Post war Kenneth Cumming had his butchery there before moving next door  to what is now ‘Comfort Foods’.   The Valuation Roll 1971/2 shows him at 14 High Street. 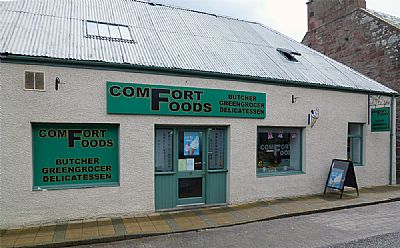 Alexander Alexander  had a bakehouse and shop in the High Street in Fortrose but developed the Rosemarkie shop as a General Store selling not only bread but groceries. It was also the Post Office. Valuation Roll 1971/2 records Alexander Alexander in Rosemarkie.
Previous to that it had been Daniel Fraser’s grocery/ironmongery
This was the other half of D. and G. Fraser selling high-class groceries and provisions. Daniel moved onto this site after the war following the death of his brother, George, and took over the Post Office from Mabel Fraser. He was still there in mid 50s.
No shop recorded in 1911 Census