History - Back in time 1

We have been forwarded articles written and researched by Keith Reed, another 'Neath' boy who loves the area and history of Neath with the passion we need to get Neath back to the place it once was. 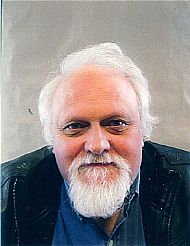 Keith Reed was born and brought up in the Cimla area of Neath and now lives in the Caewern area of the town. He went to the Gnoll secondary school and left in 1966.  Later he obtained three degrees in History together with a teaching certificate.   He has written several works for the Neath Antiquarian Society and the Skewen & District Historical Society.   He is currently active on several historical research projects for this website.

Firstly we must remember that Neath was once a Royal Village :-

The Royal Village of Neath
by
Keith Reed 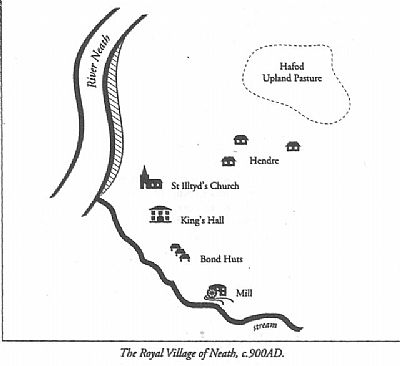 The Maerdref or Royal Village of Neath, in the Kingdom of Morgannwg was situated around the Church of St. Illtyd on the banks of the River Neath in an area we know well today as Llantwit, over a thousand years ago. The history of how the Royal Village of Neath came into existence is one which developed over a period of time. With the decline of the Roman Province of Britannia, of which South Wales was an integral part, the Roman Emperor Honorius sent his now infamous letter to the civitas or cities of Britain in 410 AD stating that the province must now look after and defend themselves as best they could. Each civitas could levy its own local taxes and maintain law and order within an elementary kind of administration.


Hence after this date the ruler of Britain was the High King Vortigen with the title of Loco Augusti, in effect, in the Emperor’s place. However, his realm only in fact covered Southern Britain, the other parts of the country established themselves into Roman British Kingdoms. In South Wales the Kingdom of Glywysing was established as one of these kingdoms, its territory extending from Gloucester Bridge to the River Tywi in Carmarthenshire with its Capital at Dinas Powis. Glywysing’s territory was partly based on the ancient kingdom of Siluria, which existed in South Wales prior to the Roman occupation of Wales in 80AD.


In the early years the language of Wales was Brythonic, but by the end of the 7th Century Welsh had become dominant and, in fact, was establishing its own kind of identity. However, one of the major problems that Wales had in forming a strong united nation was the law of partiability where the King’s sons had an equal share of his kingdom. Therefore, the original kingdom would be subdivided over a period of time. The Welsh overcame this barrier by proclaiming a High King as leader with a number of sub Kings over certain areas. There was probably more than one High King and several sub Kings at any particular given time.


In the 9th Century, Morgannwg was established by a dynasty, which emerged out of the old Kingdom of Glywysing. The land or glad, of Morgannwg stretched from the River Usk to the River Tawe with its capital and bishopric at Margam, where the King also had his royal hall. The Kingdom was baswed on the hierarchy of commote and cantrefs roughly equivalent to our modern districts of administration. Morgannwg had a number of royal villages scattered though out its kingdom where the king went on his six monthly visits when justice was dispensed and the royal dues collected. It was also where the bondmen or serfs lived who cultivated the fields of oats and barley on the royal estates. There were also other villages or trefs in the gwlad besides the royal maedrefs. IN the Neath area there were settlementsd at Llangatwg ( Cadoxton) And Llansawel ( Briton Ferry), and these sent any matters of concern to the royal village when the King was in residence.


The royal village of Neath originally began as a monastic settlement, or llan, founded by St Illtyd in the 6th Century with no more than a few wattle huts and timber Church. Over a period of time the royal village developed into a more substantial community. The largest building being the King’s Hall (Neuadd Brenin), its roof being held up by six large tree trunks used as columns. The hall was divided into a number of sections with an open hearth in the middle and an area for the King to meet his subjects. By day the King would be with his officials and administer justice.#; in the evenings he feasted with his household and guests, though not with the womenfolk.


The King’s Court had 24 officers, each with his place, according to his standing and duty. They were in order: the Captain of the Bodyguard; Priest, steward, Court Judge, Falconer, Hounds man, Groom, Chamberlain, Queen’s Steward, Queen’s Priest, Court Bard, Silentiary, Doorkeeper of the Hall, Book Keeper of the Chamber, Chambermaids, Groom of the Rein, Candle Bearer, Butler, Mead Maker, Court Officer, Cook Foot Bearer, Physician, Queen’s Groom of the Rein. The King was always accompanied by his household troopers (teulu) who lived in the King’s Hall and were very skilled with their weapons. The Commander (penteulu) was usually a close relative of the King.


The idea that the Kings of Morgannwg were merely predatory in nature must be dismissed out of hand. There were, in fact, very dominant figures that lived ordered lives within the structure of law and order in their communities. The society was well organised and there were strong social relationships with social status, rights and duties. At the top of the social structure was the King (Brenin) followed by the Freemen (Uchelwyr) who were the nobility. Next came the Priests, Artisans and the Bards. At the lower levels of society were the serfs (taeog) and the slaves (caethwas) and there were also foreigners (alltud) who could ask for the King’s protection and their descendents became villains (serfs).


The Welsh villages of trefs were not close together like their English counterparts. They were scattered over the slopes and hills avoiding the exposed mountaintops and marsh ground. The freemen had their own estates and farms but it was the serfs who tilled the fields and tended the sheep and cattle for the King and Freemen. In the winter, the bondsmen lived with the cattle in the winter quarters (hendre) near the trefs and in the summer they moved into the upland pasture and there they built their summer houses (hafod) of wattle, which could be easily moved. Undoubtedly, this annual event brought a variety of life to the serfs and slaves who would otherwise be tied to the tref in the valley below. It seemed that everybody in the royal maedrefs and trefs were aware that they belonged to their clan or tribe (cenedl) which held the society together.


The boundaries of these kingdoms expanded and contracted with the fortunes of their Kings. Wales was a patchwork of about thirty kingdoms of various structure and size. Glywysing and Morgannwg had over the years established a strong position in Wales. One of the early Kings, Tewdwr, defeated the Saxons at the battle of Tintern in about 580AD, which saved a Saxon invasion. In the year 850AD the Vikings made their first attacks on Wales, the records describe them as the men of Dublin (gwyr Dulyn) and it is probable that the royal village of Neath may well have been attacked after this date.


In the year 878AD King Hywel travelled to Winchester with other Welsh Kings to the Court of Alfred the Great, King of Wessex, and acknowledged him as their overlord in return for his protection. In 893AD a joint Welsh and Saxon arm defeated the Norsemen at the Battle of Buttington on the Severn. Again in the year 927AD the Welsh Kings made another formal submission, this time to Athelstan, King of England, they were forced to pay an annual tribute, join his army and attend the King’s Council.


During the next century, which preceded the Norman Conquest, the chronicles show that 35 Kings met violent deaths either by fighting civil wars amongst themselves or with the Saxons. It was in 1093AD that the King of Morgannwg, Iestyn ap Gwrgant, had a dispute with the ruler of Deheubarth, a Kingdom of West Wales, and asked the Normans to help him with his military campaign. However after defeating the men of Deheubarth at the Battle of Hirwaun, which left 3000 dead on the field, the Normans had a dispute with the King of Morgannwg. They disposed of him, conquered his kingdom and re-named it Glamorgan.


The Normans found a society of local rulers and lesser hierarchies, small scattered villages and a Celtic Church in decay when they occupied Morgannwg. When they arrived in the Vale of Neath they built their motte and bailey castle on the west side of the River Neath near the site of the future Neath Abbey. It is probable that the Normans used the people of the royal village as slave labour to build their castle, forcing its inhabitants to abandon the royal village and live near the new Norman castle. This was the price they had to pay for being a conquered people.