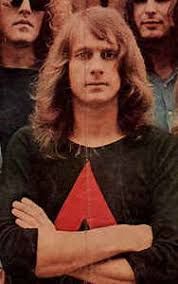 Verden Allen (born Terence Allen, 26 May 1944, Crynant, Neath, Wales) is an organ player and founding member of 1970s rock band Mott the Hoople. Before that band formed, he had in the mid-1960s been in a rhythm and blues cover band called The Inmates and recorded with Jimmy Cliff.