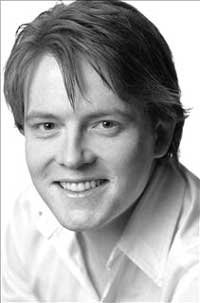 David Thaxton, born in Neath Hospital in 1982. Moved to Kings Lynn in Norfolk. Studied Music and Drama in Cardiff , was a member of 'Only Men Aloud' entered musical theatre in the West End as 'Enjolras' in 'les Miserables' for 4 years and in 2011 won the 'Laurence Olivier' award for Best Actor in a Musical  for his part in the revival of the Stephen Sondheim musical 'Passion' at the Donmar Warehouse in Covent Garden.

David went on to star in the Andrew lloyd Webber follow up to ' Phantom', 'Love never Dies' as Raoul.He is currently a member of London Based rock band 'Unborn Twin'. For a more detailed synopsis refer to Wikipedia or any of the many websites set up by fans.