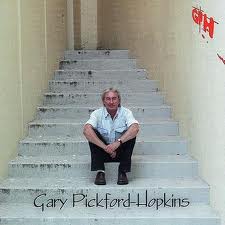 Gary was born in Neath in 1948 and went to the local school Alderman Davies Church in Wales Primary School and was a member of the Church Choir.
Gary’s first job was as an apprentice painter at BSC.

As a 16 year old, he was a member of a local band called Smokestacks, made up of people from Neath and Port Talbot. After a couple of years, the band broke up and Gary who was the lead vocalist joined the popular band The Eyes of Blue.
The band played at clubs and halls throughout South Wales and they went on to win the Melody Maker Battle of the Bands in 1966, which the prize was a recording contract.

Their first release was Supermarket Full Of Cans, and although it never took the Country by storm, it was widely acclaimed and the band went on to develop a ‘cult’ following from the albums they released.

In the 70s Gary was lead singer/songwriter with Wild Turkey who recorded a couple of classic rock albums ‘Battle Hymn’ and ‘Turkey’.
Following Wild Turkey’s demise in 1974 Gary promptly joined Rick Wakeman and was involved in two of Rick’s highest profile and commercially successful albums ‘Journey To The Centre Of The Earth’, ‘The Myths And Legends Of King Arthur And The Knights Of The Round Table’.

The album Journey to the Centre of the Earth, which was recorded live at the Royal Festival Hall in London in 1974 and featured Gary as lead vocalist.
The album was a massive hit, topped the album charts in UK and number three in the US. The album sold  over 14 million copies worldwide.

By now, Gary had a huge following for those who loved the husky voice that was associated with soul and blues.

Gary sadly passed away on 22nd June 2013 after a battle with cancer and will be missed by all those who knew him.

Following other messages received, we would like to add:-

Just wanted to express my sadness at hearing the news of Gary Pickford-Hopkins'passing.we were friends of many years standing.
B C Triggs