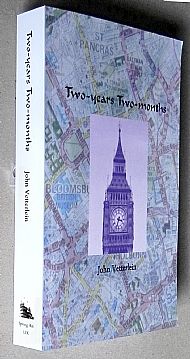 Exit into the Ether

(The Exit of Airliner on Flight Zero to Nowhere.)

John C Vetterlein’s novel Synthesis – Microcosms of Tragedy has been cited as containing some strong premonitive insight into the Twin Towers incident in the USA.

His latest novel, Exit into the Ether, has even more direct coincidental thoughts that could be seen in the context of the recent unexplained disappearance of a Malaysian civil aircraft.

The airliner that “went missing” on its flight from A to B after completing a little over one hour into its flight that should have lasted six hours, has never been solved, or has it? Certainly no wreckage has been found either on land or sea (approximately half the distance would have been over the ocean); neither has there been any oil traced at sea that could have been linked to an aviation incident of this magnitude.

Many of us are accustomed to items that have disappeared never to be found—a screwdriver or a pair of secateurs, for example, sometimes a scrap of paper or any number of apparently insignificant material objects all of which have seemingly been swallowed up by the ether; but something as large and substantial as a modern-day jet airliner?

Our technologies are built upon well established principles of science and engineering, practises that have proved themselves dependable over time. In medicine we often have to deal with a number of imponderables—a given substance may react differently in different individuals, but when we entrust our inventions to science, backed inevitably by mathematical analysis, expansion and delivery, we rarely if ever question or challenge their reliability. Of course accidents may occur that curtail the “life” of any machine, but these accidents are mostly accountable, sometimes resulting from human error or to unforeseen circumstances.

Yet the very fundamentals of particle physics (a posh title for advanced ideas on the structure and behaviour of matter in the physical world at subatomic level) accord to certain principles of probability and chance. In simple terms, what should happen ninety-nine million times in ninety-nine million and one may, on some occasions, misfire! This, we are suggesting, is what may have occurred in the case of the lost screwdriver and the “missing” airliner.

Strachan could be described as a phenomenon or a genius, depending upon your approach to extremes in human characterization.