VERY SMALL, AND QUITE BIZARRE

I've decided to add a new file to the Orbs and More site. Over a period of time, many pics have been taken of very small orbs/images, which although extremely strange, are so tiny I have thought, unless I could get the quality to a reasonable standard, they weren't worth bothering with. But I've changed my mind and decided to 'give them an airing' so to speak. I hope you find the pics interesting and hope you'll excuse the quality of some.

Although the orb below was (as is the case in most of the orbs in this file) I took a chance and magnified an area at the top to see if I could get greater detail. 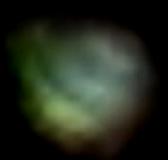 This is the area at the top, with contrast applied to hopefully bring out detail. It wasn't very successful, but I thought I'd include it anyway. There are better examples further down the file.

I wonder if this is an image of some weird creature, or possibly a craft of some sort. Either way it's odd to say the least! 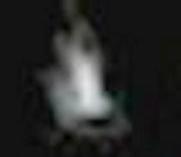 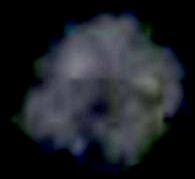 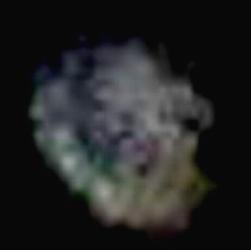 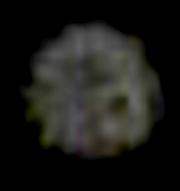 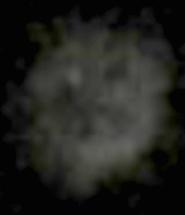 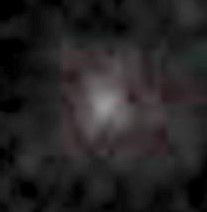 If you're prepared to take the time, it is possible to make out detail in these strange images. 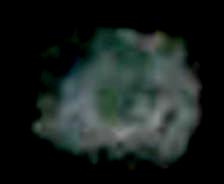 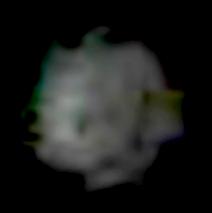 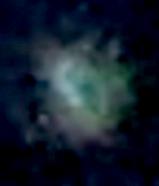 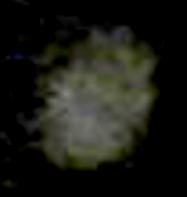 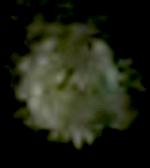 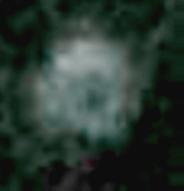 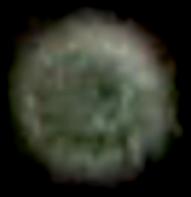 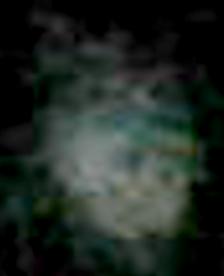 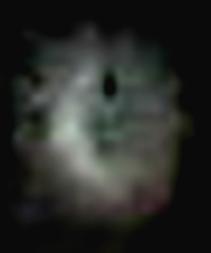 All of the above came from the picture featured below. 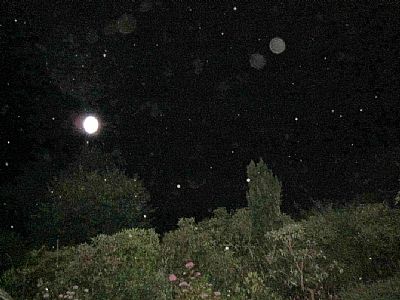 This strange orb is one in a series of 7 images from one picture taken at the beginning of October. The full picture is shown after the following enlargements. 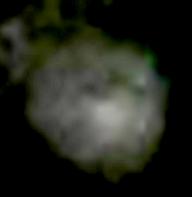 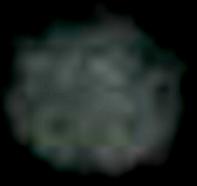 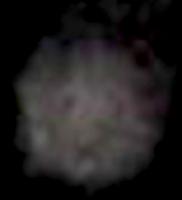 Considering how very tiny these two are I was quite happy with the resulting enlargements. 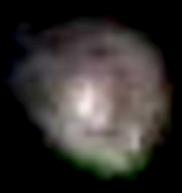 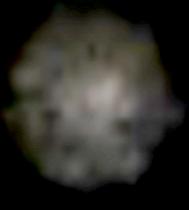 Now, below is the original picture from which all the above have been taken. You will notice the blurring of the picture, and the large amount of 'stuff' which has been captured by the camera. This blurring effect, I have come to realize over the years, happens when our dimension is in the process of merging with another. There are more examples of this phenomena in the 'Strange Phenomena (1) file if you care to take a look. There are countless tiny 'oddities' in this picture. But I will resist the temptation to look for more than are featured above. It's hard to realize all that 'soup' is full of strange life forms! 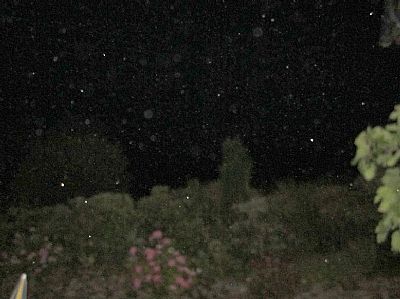 This tiny orb has such a strange colour and texture. I was immediately drawn to the little image at the very top. 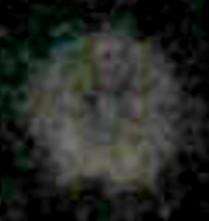 This little image could almost be said to be smiling.

This hazy small object was photographed 2nd September it was so tiny I nearly missed it. But it certainly isn't a spec of dust. 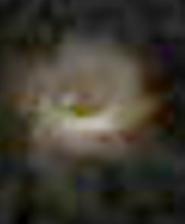 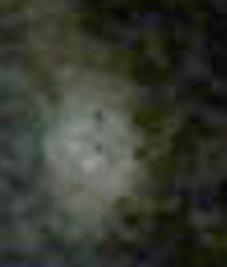 This 'orb' is really weird, at the bottom it would appear that there are two heads one on each side with a strange hook like appendage below them. See following for a magnification it is as good as I could manage. 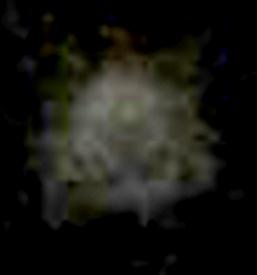 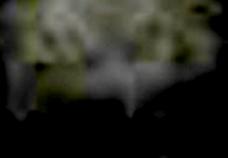 and this comes from the left hand side at the bottom. 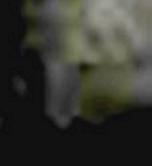