If you find this site of interest you might also like to visit Mark Mahin at www.orbpro.blogspot.com

See how the orb in the following picture is situated behind the washing line in the garden, which would appear to demonstrate that it could not be a spot of dust on the camera lense, nor moisture. Below is an enlargement of the orb. Although this is not the only orb present is this picture it is the clearest. 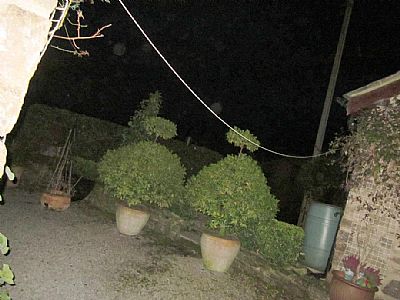 Although it is rather fragmented, it is possible to see that there are many images present within the orb. 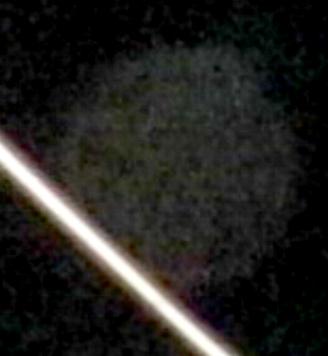 An orb balances on the topmost branch of a tree. 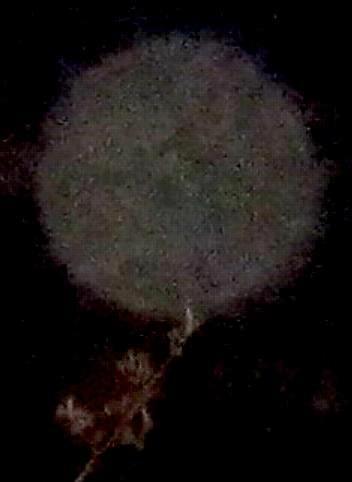 It's worthwhile looking at these two beautiful orbs for a few moments as they contain some really lovely images. See how close together they are, almost as though some tenuous link exists between them. 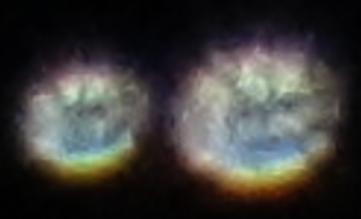 Below is a magnification of the area where the orbs touch.

Below is a lovely orb with a really 'soft' appearance. It's amazing how orbs vary in colour and texture. I've singled out two interesting images among many, to magnify. See following. 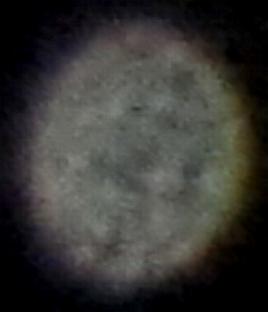 This image is taken from the right side of the orb.

This image is near the top.

See how the colours change in the orb below, from the one above. There's an interesting image in this orb. 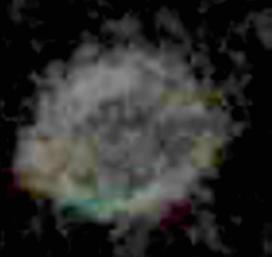 This image, as you will see, comes from the centre of the orb.

You'll notice this orb appears 'behind' the weather vane on our garage roof, ruling out the possibility that this is 'a dust particle' other examples of orbs behind objects, can be seen in the Faces in Orbs 2 and Unexplained Phenomena 2 files. I've magnified a few areas of interest found in this orb (see below) 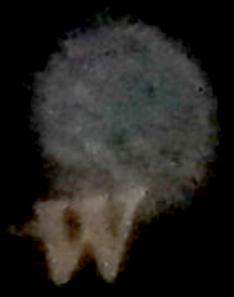 two eyes, and a partial nose are evident in this pic. The image comes from the very top of the orb.

This 'hole' on the very edge of the orb is fascinating. Actually, I think it's more like a valve of some description. There have been many instances of this phenomenon and more can be found throughout this site. 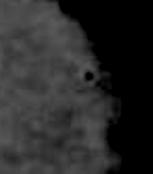 The following enlargement comes from the bottom of the orb, just above the 'W' 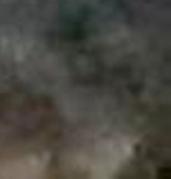 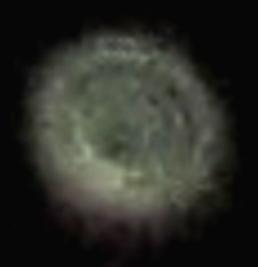 There's usually such a lot going on inside most orbs, that it's difficult not to get sidetracked, for as soon as I focus on one element in particular, another takes my attention. 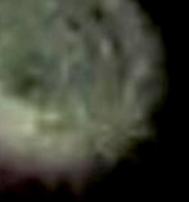 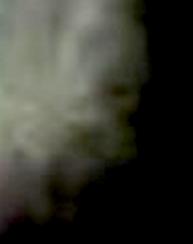 I hope you'll take a short while to look at this enlargement, as it is very subtle. This image comes from the pinkish area just outside, at the bottom of the orb. I often find that what can be found 'outside' of an orb, can be as interesting as what's seen 'inside'

This bright orb was I felt, worth taking a closer look at see below for magnification. 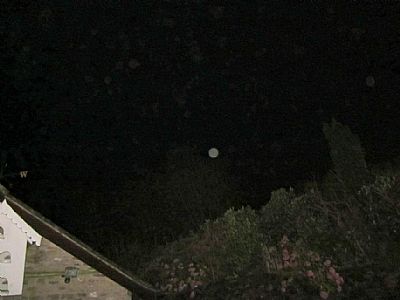 If this had been the moon (which it isn't) one might be inclined to think it was made of green cheese! I noticed an intriguing image on the right hand side near the rim of the orb. I've enlarged it below. 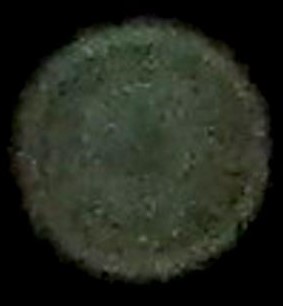 One eye, a nose and a smiling mouth are easily seen. But also, if you look at where the right eye of the image should be, there's another small face which you should  be able to spot if you take a short time to study the enlargement. 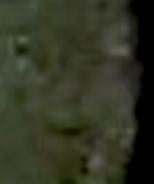 It would appear in the pic below, that a small orb is in the process of detaching from the main orb. I tried to get as 'close up' as possible to the area of detachment see following pic. 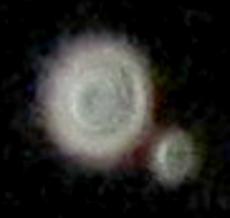 This is the small orb with brightness reduced. Images are visible, but I think they are blurred for 2 reasons, one being that the orb is small and another, that this orb is moving fast as it leaves the main orb which would also cause lack of clarity. 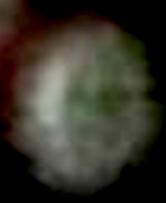 Now I turned to the large orb and reduced the brightness as far as I could, and then magnified areas that I found of interest. 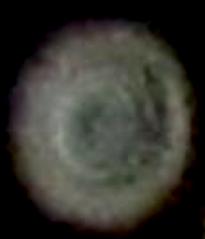 This enlarged area comes from the right of the pic, I would have liked to get a better view, but this was the best I could manage. But if you look carefully you should see there are a number of misty images, apart from the more obvious long nosed entity in the centre. 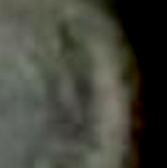 This image is from near centre, and although blurred the left eye of this face is striking.

I also experimented with another bright orb seen below but wasn't able to get anything much from the orb itself, but looking to the rim (right) it was possible to see a very colourful image. 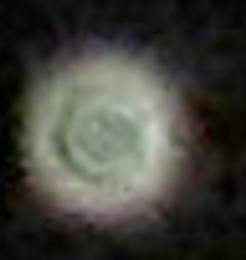 The orb below was photographed on November 5th. I was immediately struck by the obvious image on the left which appears to be peeping out of a window like structure in the side of the orb. I have cropped, and enlarged that area to try to get a better look at the image 'in the window' 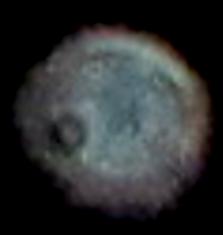 Not as good as I could have wished, but there's certainly something in there! 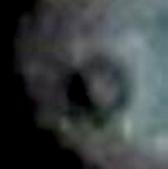 This is the first plasma cloud we've photographed in a long while, so I was really excited to this, which appeared on the 21st Sept. It's absolutely enormous as you can see by the edge of the roof bottom right. It had totally disappeared in the next photo. See below for a further image from this picture. 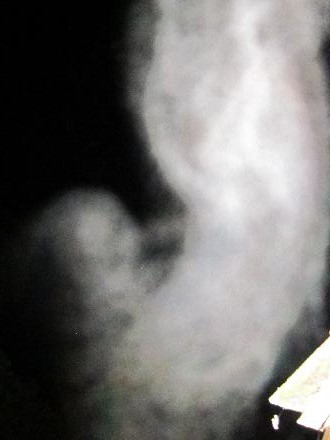 The enlargement below has been added on 6th November, as when revisiting the above photograph, I noticed the small very bright image seen hanging, as though by some kind of thread from the side of the roof. Originally I thought it to be something 'attached' at that point, and therefore was probably something physical. Now  looking at that particular area of the roof I find there's nothing there to merit the appearance of the image seen below. But there is a striking resemblance between it, and the large plasma cloud above it, the shape of both are practically identical. I feel there must be some uncanny connection between the two. 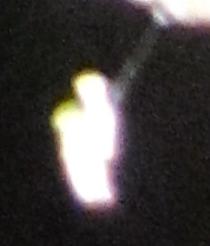 The beautiful orb below clearly shows a wonderful image of a face in the centre. Enlargement follows. 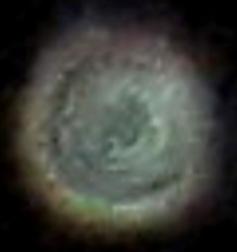 I see this image as being female and looking down, gorgeous!

It's amazing what you find in an orb if you look closely. See enlarged areas below. 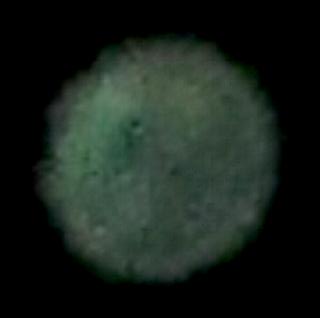 This little face is centre left as you look at it.

And this strange one is below centre. It looks neither human nor animal, but a cross between the two. There's more than one image in this enlargement. I didn't alter the contrast in these 2 enlargements, as they're plain enough to see without alteration.

I have spent ages looking at the beautiful orb below as I find it totally fascinating. Enlarged portions can be seen in the following magnifications. 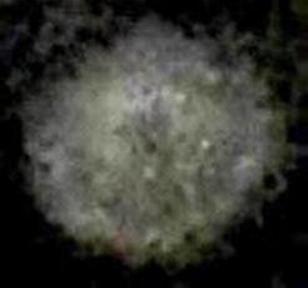 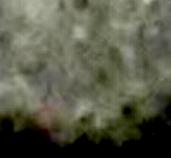 It's hard to imagine, but true nevertheless, that the incredible images above came from one orb found in the picture below which is, let's say not exciting at all. But I've learnt over the years, that, if you don't look, you don't find! This wasn't the only orb of interest in the picture, but is certainly the best. 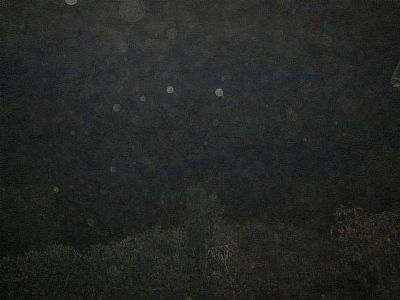