A rough outline of the years when property developers became the estate's owners:

1983 - Philip Rhodes, a Surrey businessman, bought the estate and set up the holding company Knoydart Peninsula Ltd. He then began selling large and small packages of land around the periphery of the peninsula, reducing the size of the estate from 58,000 to 18,000 acres.

The remaining estate was sold to failing Dundee jute company, Titaghur, for £1.7m in 1993. Chairman Reg Brearley (Director Knoydart Peninsula Ltd.), a member of the General Synod of the Church of England and owner of Sheffield United, said he wanted to turn the estate into a training camp for underprivileged teenagers but was refused planning permission.

Cameron Mackintosh, the West End impresario who spent much of his childhood near Mallaig, was part of a consortium which made an £800,000 bid in 1995, but it was rejected.

Graham Avery, took over control before passing it on to an associate. With mounting debts, estate workers were left without saleries.

Control of Knoydart Peninsula was assumed by the receivers in October 1998.

Knoydart Foundation community buyout was successful in 1999, after almost 20 years of uncertainty and disruption for those living on the estate; though by then many who had been living there, in the 1970s and 1980s, had already moved on with new settlers arriving in Knoydart.

It was purchased by a partnership of local residents, the Highland Council, Chris Brasher Trust and initially Kilchoan Estate and the John Muir Trust, owners of two other parts of the original estate.

Other, privately owned divisions of the original estate include: Camusrory Estate, Barisdale, Glaschoille and Inverguseran along with many other smaller plots of land.

The following years of history can be found in Knoydart Foundation publications.

"It used to be that wealthy owners kept estates going, but now it seems to be the State, through its Agencies that administer grants." 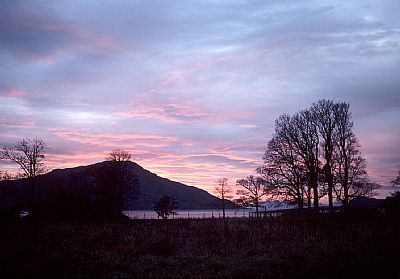