After World War 2 and when the estate had reverted to a sporting estate the well documented Seven Men of Knoydart launched a land raid in an attempt to live independently from the landlord’s system. The 1948 raid was eventually unsuccessful but Lord Brocket, despite the court judgement in his favour, eventually sold the estate in the 1950s.

When recording Knoydart’s history much time is spent poring over those seven men who made the crofting claims on Lord Brocket’s land but those writers often omit that other Knoydart residents at the time, for various reasons were not all in agreement with the actions of the seven land raiders:

‘The Seven Men of Knoydart’, by Ian Munro is a personal account of how the late Ian Munro and his family coped as a temporary Factor at Knoydart during the winter of 1948 while working for the Edinburgh firm R J Firn, who were charged with managing the estate.

The account was published in the Caithness Field Club Bulletin in 1993 and can be recommended, as it may amuse and shed a different light on Knoydart during the time of the land raid. 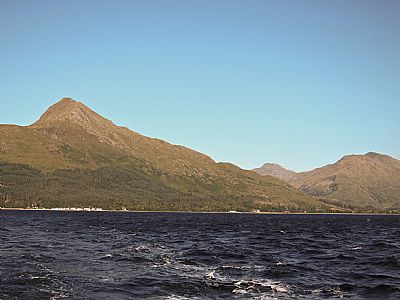