Written histories about Knoydart invariably start with the Vikings, long ships, their settlements and the name Knoydart is believed to be of Norse origin. There are few records and little evidence of settlements before the Norse invaders arrived, only Dun Ban at Doune on Knoydart’s west coast provides a hint of earlier times.

"We know who the Picts were, they occupied the whole of Scotland north of the Firth of Forth. They lived there for a long time, some until 900 AD. We also know what language they spoke. Before the Romans arrived the whole of Britain, from the Channel to Shetland, spoke Brittonic Celtic, the ancestor of modern Welsh and Breton.

"The Picts spoke the northern most dialect, which was relatively uninfluenced by the Romans, they remained British rather than Romano-British. The Picts gradually merged with the Gaels resulting in the mediaeval Scottish Kingdom of Alba, inhabited by a mixed Gaelic-Pictish population who spoke Gaelic but a Gaelic influenced, scholars now say, by Brittonic Pictish."

"We know very little of Knoydart in the medieval period."

"The old Chiefs of Glengarry for many centuries held sway in this part of Scotland. It's claimed that the Glengarry family were confirmed in their large estates by King Robert II in 1373; and that their history goes back to the days of Somerled, the King or Lord the Isles, in the eleventh century." 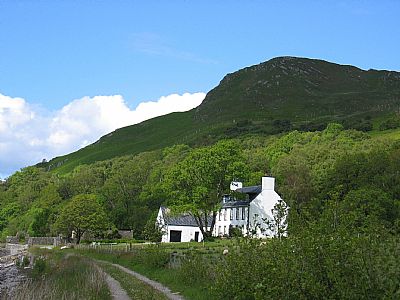 There are many interpretations of Knoydart History, which means that for a full and reasonably accurate view of its history much reading and research will be required. 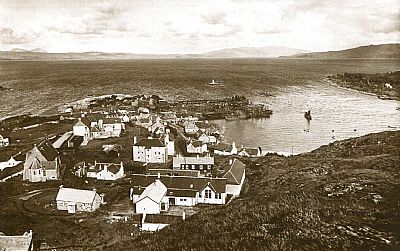 Knoydart, together with Mallaig, Arisaig, Morar and parts of Moidart make up what is known as the ‘Rough Bounds’. Those other areas are often overlooked when Knoydart alone is described as the 'Rough Bounds'.