If you would like to join this group please contact Nigel Downes (0115 9444671), email via the FEEDBACK page (column on the left) or enquire at the next indoor meeting.

Saturday 23rd October 2021, Wollaton Park, led by Chris Preston who reports, "Ten of us gathered in the top car park a in what was a lovely crisp dry Autumnal day. As we set off our first birds were a group of Carrion crow feeding on fallen sweet chestnut seeds. This proved to be a seminal moment in what was to come... as shortly afterward we were greeted with the raucous shrieks of Ring-necked Parakeets. The Parakeets were being mobbed by Carrion crows, as both were competing for the best producing Sweet chestnut trees. Overhead we saw one Parakeet gorging on a chestnut, while all around us they were chasing each other shrieking noisily as they flew. A really nice vivid green bird in flight with beautifully pointed wings and elongated tail.
Further on we saw a Green Woodpecker flying to a nearby tree, and then a Jay rowed past us toward the same habitat. At the lake we saw 5 species of duck which included: Shoveler, Gadwall, Red-crested Pochard and Tufted duck. We checked the haunt of the Tawny Owl, but he wasn't 'at home' today. Up at the house Gardens, we encountered 2 Goldcrests chasing each other through the low shrubbery. Other birds seen and heard here were: Greenfinch, Blue Tit, Nuthatch and Mistle thrush. The morning had realised 32 birds, the star bird being the Ring-necked Parakeet(s) which had entertained us so richly, with stunning close views, & was a new bird for several of the group".

Sat 7th Dec 2019, Chris Preston's walk to Skylarks Nature Reserve - Eleven people assembled in the car park on a mild sunny morning. (Ian & Mavis joined up with the group half way round making 13 in total.) As we entered the first clearing 1 then 2 Green woodpeckers flew low in their undulating flight through the heath toward a distant clump of trees. At the Blotts Pit screen we were able to add quite a number of duck with 8 species being noted including a very smart drake Goldeneye. Continuing around the North arm footpath and reaching the top corner we saw a large flock of Lapwing swirling overhead, and 4 Snipe, hunkered down where the yellow "braces" down the back of one individual shone in the bright sunshine. Around the loop, 2  gorgeous male Bullfinches were seen one of them being extremely confiding as it ate berries from a bush giving all the group superb views. From the screen Kev saw a Little Egret & a Cormorant wrestling with a big fish, before it submerged to swallow it.
Down the South arm, at the first screen i spotted a lovely female Smew, a Winter visitor from Scandinavia and a member of the sawbill family. You could see the contrast between the chestnut brown head and white cheek patch. A lovely bird. On the way back to the car park Redwings were observed, and a Cetti's warbler heard by Dinah.

A lovely Winter walk enjoyed by all. A total of 39 birds were seen.

Sun 28th April, Chris Preston's walk to Whisby NNR. Seven of us set out from the car park on a cool cloudy morning. We headed toward the Coot Lake walk where approx halfway down the path this years only residing Nightingale was ensconced on it's territory. As we entered the footpath a Song thrush glided past us, and disappeared into cover. Blackcaps were singing in good numbers. As we saw ahead a small knot of people, we knew we'd reached the Nightingale viewing spot. We heard it's rich musical song almost immediately, however it was proving difficult to see. Eventually all the group had excellent close views, witnessing the birds brown back and reddish brown tail, the white outer tail feathers and white eye ring. The photographers amongst us also got some acceptable shots. This was a new bird for several of the group who were thrilled to see it.

Carrying on a little further a Treecreeper flew across the path and started jerking up the trunk of a Blackthorn tree looking for food items. Later on we were able to firstly listen to and then see a Garden Warbler, and to compare it's song with Blackcap with which it resembles. Other warblers heard include Willow warbler, Chiffchaff, Lesser Whitethroat and Cetti's warbler. From one of the hides, on the Grebe walk we noted a few duck which included Mallard, Teal and Gadwall. The walk realised a total of 34 birds and was enjoyed by all.

Saturday 26th January. A Winter bird group walk to Rufford Country Park led by Chris Preston: A dry mild day with good light was well received as 18 members set off into the park. A Nuthatch was heard calling, and we saw a flock of Redwing fly over as we headed toward the lake. The lake yielded 3 Goosander (a member of the sawbill family) the male looking resplendent in its salmon pink breast and green head.
A little further along we encountered a sizeable flock of Siskin feeding on the seeds of birch and alder trees, everyone got good views of these Scandinavian Winter sprites. A lone Lesser Redpoll was also seen atop a tall birch tree.
Rounding the weir and traversing the lake on the opposite side a Kingfisher whizzed over our heads and flew low across to the neighbouring lake to settle on a low branch over the water. Everyone enjoyed good views of this bird, which caused a lot of animation among the group, with 2 or 3 members.. this being only their second ever sighting!! A little further round, we saw a cracking Marsh tit coming to feed on bird seed, left out on a picnic table. Everyone had good views of this enigmatic member of the tit family. The day was rounded off with a beautiful drake Mandarin, looking really smart - showing off his Orange sails.
The day was enjoyed by all. In total, 37 bird species were seen.

Nine people gathered in the car park on a gorgeous warm spring day, and we had only gone twenty paces when we saw a Common Whitethroat utter its jerky scratchy song before it treated us to its parachuting display flight. An excellent start. By the first screen 3 Common terns were sat on the reedbed scaffold. A little further a Blackcap was singing which was eventually located high in the canopy of the willows. From the "ridge and furrow" area a Sedge warbler was giving out his jazzy uneven song and was seen also to show us his parachuting display flight. Behind the Kingfisher hide i could hear the unmistakable reeling of a Grasshopper warbler which was sat at the top of a bramble bush with its back to us...but everyone enjoyed watching both its tail as it reverberated and its throat oscillate as the bird sang. Quite remarkable. This was a new bird for most of the group.

Turning left at the junction we walked along the river where we saw a Reed bunting, and a very obliging male Kestrel perching precariously atop a tree showing the contrast of the black scapular patches on the buff coloured wings brilliantly in the sunshine.
As we headed toward the village most of the group observed pairs of Great- crested grebes embarking on their "head shaking" courtship display. Butterflies were in evidence too with Orange tip, Brimstone, Small tortoiseshell, Comma, Peacock and Green-veined white all noted.

Back at the Visitor Centre, Sand Martin were flying high above the Sailing lake, and we then saw a Tree sparrow in an adjacent willow. Finally having heard a few around the reserve we were able to locate the elusive Lesser Whitethroat that was delivering its fast short rattle in a thicket above the footpath, affording everyone acceptable views of its grey head, black lores, white underparts and of course its white throat as it flitted through the branches. Quite thrilling.

A superb mornings birding enjoyed by all which realised 45 sp, which included 8 sp of warblers. 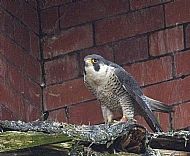 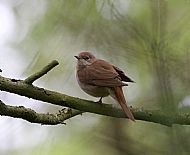 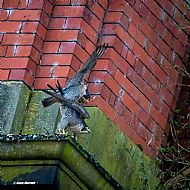 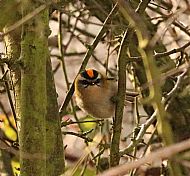 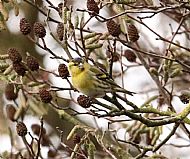 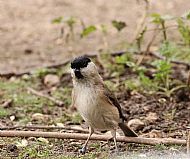 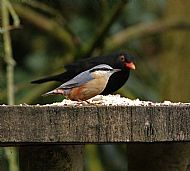