. . . is not hers alone, although she is still (February 2021) the registered owner.  Agnes lies buried in the same Plot in Kensal Green Cemetery as her parents, her two sisters and some of her brothers, and other relations and connections. 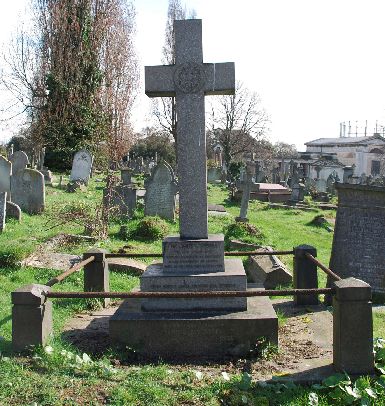 Kensal Green Cemetery opened in 1833 and was the first commercial cemetery in London. The need for large cemeteries in London was stimulated by the increase in population and the inadequate space provided by existing cemeteries and churchyards.The Plot where Agnes lies actually holds twelve people in four graves:-

The organisation "The Friends of Kensal Green Cemetery" have a WebSite, and a newsletter, of which Issue No. 67 of October 2012 carried an interesting article about the Plot, and about the people buried there.

Agnes was the most recent to be buried there, and she is (currently, February 2021) the last registred owner. Her name does not appear on the monument.

In her Will, she wrote - "and all my other property not otherwise disposed of to my nephew Donald Baden-Powell"  - the son of her elder brother Sir George B-P, who is also buried in the Plot.

These Wills (available for £1.50 each from here) do not explicitly mention the grave Plot, but the transfer may be inferred.

Neither Donald nor Francis registered themselves as owner - it may be that they were unaware of their right to it, nor of their duty to maintain it.

Alas !  The grave has suffered from the passage of time, and is now in need of quite a lot of work. The photograph above was taken some while ago.

In 2016 the "Agnes Baden-Powell Appreciation Society" commissioned a Report on the state of the Grave.  The Society also raised the many thousands of pounds required to do the work.

Unfortunately, the work cannot be done without the permission of the registered owner of the Plot. The heir to the Plot was informed of this in 2016, and frequently since, but despite expressing pride in the ownership (which is not yet his), he will not register his ownership, nor give permission for the work to be done - that is, his signature on two differnt documents.

Due to this delay, another Report was prepared in 2018, which showed further deterioration.  This photograph is from the Report :- 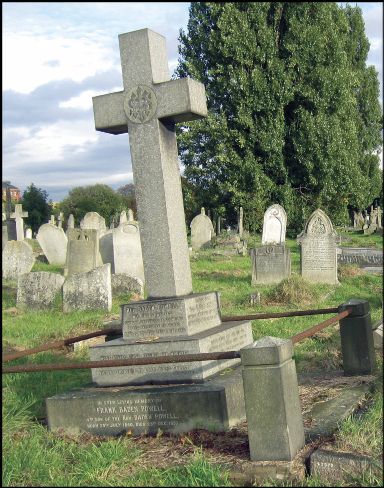 The Society is currently considering other ways to spend that money, raised as a tribute to a remarkable lady, but spurned by the person whose permission is required.