Posted here with their kind permission,
but split & re-arranged. 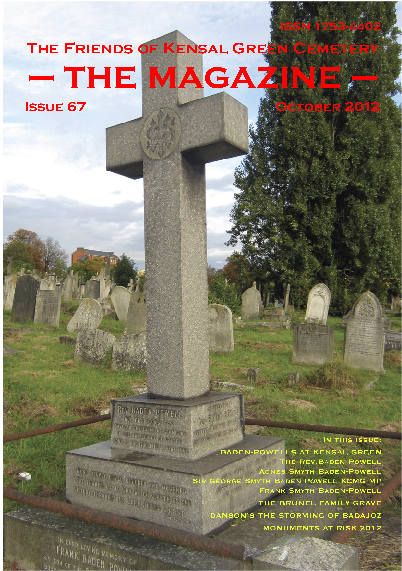 The clue to the pronunciation of Powell family name lies in their 16thC ancestors, who spelt it Polle or Powle, see The Powell Pedigree.

‘Baden’ was his mother’s mother’s maiden name, carried forward as a personal name by later generations, and then appended to the family surname to create the Baden-Powells in 1869. 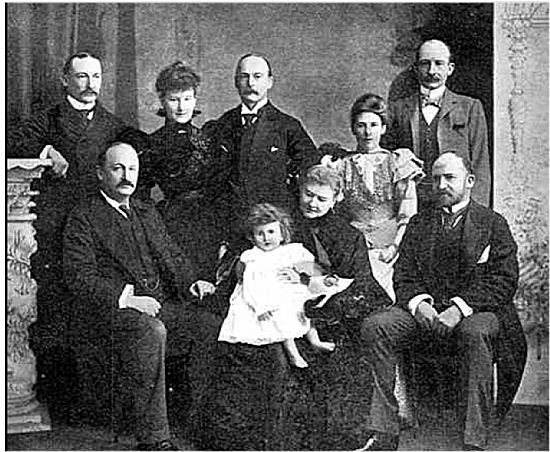 The extended family was large, and complicated by inter-marriage.
The eldest of those fortunate brothers, David Powell (1725-1810), had 14 children, ten of whom reached maturity; a successful wine merchant, he left an estate of £300,000. His son Baden Powell (1767-1844) married his own first cousin Hester Powell (1776-1848), and two of their younger sons married sisters; their eldest son, the Rev. Baden Powell (1796-1860), married three times and also fathered 14  children, ten of whom reached maturity. In a family of achievers, two of them now
stand out: Robert Stephenson Smyth Baden-Powell, 1st Baron Baden-Powell (1857-1941), the Hero of Mafeking and founder of the Boy Scouts, and his sister Agnes Smyth Baden-Powell (1858-1945), who launched the Girl Guides. Twelve members of this extended family are interred at Kensal Green, including the Rev. Baden Powell and Agnes Baden-Powell.

The Powell and Baden-Powell graves

The family’s connections with Kensal Green Cemetery begin with the burial of Thomas Warington (1765-1850); his "working life" had been in Naples, where he was Brtish Consul to the Court of the King of Naples.

Having retired to London, he and his second wife, Jane, née Aspinall (1773-1862), whom he married in Florence in 1827, were living in Edwardes Square, Kensington, when Thomas made his will in 1840.

In a codicil dated 16 January 1850, he directed that if he died “in the parish of Kensington or in its vicinity”, he should be buried “respectably but without show or pomp in the Cemetery at Kensal Green, either in the Catacombs or Burial Ground as may be found most appropriate” and “that at the same time a similar place of interment may be reserved” for his wife.

Thomas Warington's daughter by his first wife was Annarella Smyth nee Warington, and she was the mother of Henrietta Grace Powell nee Smyth, the third wife of the Reverend Professor Baden Powell. In the decade following the purchase of the Plot, three of Baden and Henrietta Powell’s children died in infancy, and were buried with their great-grandfather.

The Rev. Baden Powell died on 11 June 1860, and, five days later, was the last to be buried in that grave. Thus, when Jane Warington died on 30 December 1861, her step-granddaughter Henrietta Smyth Powell providentially purchased two more graves: 16026 to the north of 8892, and 16027 on the south. Jane was buried in 16026 in January 1862; she lies alone there yet, and there were no burials in any of the graves for another 52 years. Henrietta probably erected the single memorial that spans the three adjacent graves, a tall grey Cornish granite cross on a stepped plinth with a railed landing stone. The Rev. Baden Powell features prominently on the western side, facing the path, while Thomas and Jane Warington are commemorated on the east (described as Henrietta’s grandparents).

The infants Henrietta, John and Jessie are named on the southern face, which also records the burial of their brother Augustus at Speldhurst in 1863.

Henrietta Smyth Baden-Powell died at 32 Princes Gate in October 1914 and was buried in grave 10627. She was joined by Frank’s wife, Florence, just five days later; by Frank himself in 1933; and by Agnes in 1945. Henrietta is commemorated on the south side of the memorial, Florence on the north and Frank below his father on the west. As so often, Agnes as the last of the family is the only one not recorded, not having added her name in her own time, nor having an heir who acted on her behalf. Although many representatives of the Girl Guides attended her funeral, she was overshadowed by Robert’s forceful wife, and her contribution undervalued.

The Friends of Kensal Green Cemetery hope that the growing awareness of Agnes Baden-Powell’s critical role in the creation of the Girl Guides will soon lead to the addition of her name on the monument, or a plaque in her honour on the grave.

The first son to marry, George Baden-Powell, is buried with his wife, née Frances Annie Wilson. Their grave, on the Mound in Square 160, is marked by a plain Celtic cross.

As close as the Baden-Powells were throughout their lives, the four children of the Rev. Baden Powell’s second marriage are barely a footnote in their story. He was 42 when he became a father for the first time, and 48 when his second wife died. It is not surprising that his young children were taken by their mother’s relations. Only the boy, Baden Henry Powell, appears in the census of 1851 with his father, step-mother and half-brothers; all three girls were then living in Tunbridge Wells with their aunt, née Louisa Margaret Pope (c.1800-1871).

Louisa married Baden Powell’s college chum Henry Bishop in 1833, and may have been the sister of another college friend, William Law Pope. Both Bishop and Pope became prominent churchmen in Tunbridge Wells. The Powell Pedigree records that their aunt adopted the two youngest girls, while the eldest went to live with cousins in Ireland around the time of their father’s death in 1860, when their brother Baden Henry was dispatched to the Bengal Civil Service.

Whatever their relationship with their step-mother and half-siblings, a fair amount of money seems to have settled on these children. The youngest, Letitia Mary Powell (1844- 1865), died in Brighton aged only 21 but left ‘effects under £4000’. After a successful career in India, Baden Henry Powell (later Baden-Powell, 1841-1901) died in Oxford, aged 59, leaving an estate of £5680 at a time when a thrifty working class family could scrape by on £1 a week. The eldest, Charlotte Elizabeth Pope Powell (1838-1917) died unmarried in Ireland, while the middle daughter Louisa Anne Powell (1843-1896) married a cousin, the Rev. Thomas Godfrey Pembroke Pope, and spent the rest of her life in Lisbon, where he was English Consular Chaplain and Canon of Gibraltar.