Current comments and ongoing discussion can be read, or your views added, on the Cold Ashby Commentator,  Guestbook and Message Board  or Cold Ashby Blogger.

(The rambler strives for accuracy and will always correct any inadvertent errors, with an apology, if contacted.)

Maintenance of Roads, Footpaths and Verges

defects and poor maintenance to Fix My Street. Click or tap on the image on the right to access this valuable facility. Your observations can be accompanied by photographs and the area in question marked on a map. 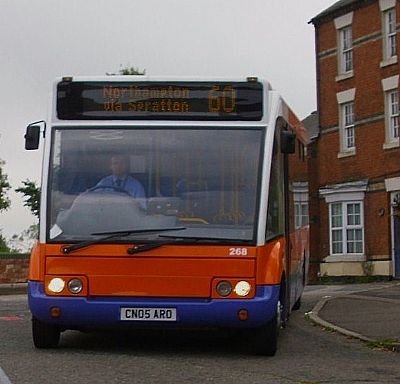 The Rambler regrets that our Parish Council's minutes for this month's meeting contain the following statement:

Councillors were informed that the new service would not include a Cold Ashby loop. There was unanimous agreement not to revisit the decision not to contribute to the community funding group as the expenditure would not be a good use of Cold Ashby residents’ money.

A lot of negatives there!

Update March 2020 : Having previously declined to contribute, Cold Ashby Parish Council have 'agreed to fund £150 to support the continuation of the bus service on a no prejudice basis.' This will be appreciated by those who continue to use the service regularly and hopefully indicates a willingness to support the efforts of our neighbouring parishes.

Update April 2019 : Bus service will operate for another year. Village Link (Issue 92 April/May 2019) informs us that this is largely thanks to the efforts of the Chairman of Spratton Parish Council, John Hunt.

Update April 2018 : Initiative by Spratton Parish Council to combine opposition to the complete closure of Service 60 across affected villages - see this article in Village Link for contact details.

Update March 2018 : For the Rambler's comments on the recent revelations re. County Council Mismanagement click or tap HERE.

Update March 2018 : Having achieved a Monday to Saturday daily service to Northampton in September 2017, Cold Ashby is likely to lose it yet again!

A scheme was introduced called ‘County Connect’ which was intended to provide residents of Cold Ashby with a book ahead link ( by phone, text or internet) to the main bus routes and/or local towns and villages.

Unfortunately, there have been many problems with this scheme.

Consequently much effort has been expended by individual campaigners and our Parish Council to get Cold Ashby's scheduled service re-instated.

The return journey will depart from bay 3 in North Gate Bus Inter-change at
12.45, arriving at the Black Horse at 13.27.

FURTHER UPDATE:  This bus is scheduled for Saturdays Only

**Unbelievably the bus failed to materialise at all on the 6th September so six potential passengers were unable to travel!

**See Cold Ashby Blogger for comments on the implications of the above proposal. 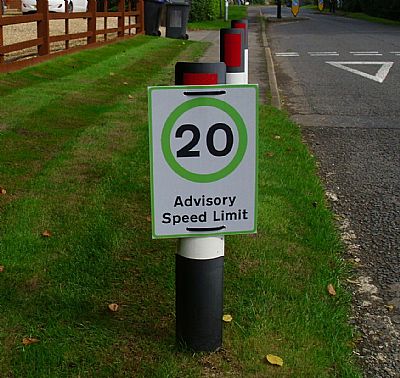 (It appears that separate CAPEG meetings will no longer be held - The Rambler regrets this!)

UPDATE : (May 2019) Future of CAPEG somewhat uncertain after discussion at Parish Meeting. The draft minutes are available here. 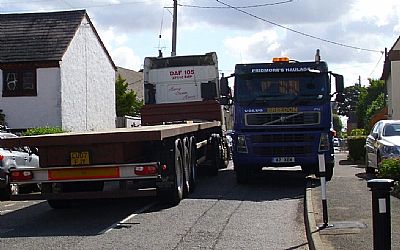 UPDATE : (February 2017) Cold Ashby Parish Council reports that a campaign to get traffic routed away from our village will begin 'soon' : click here for more. 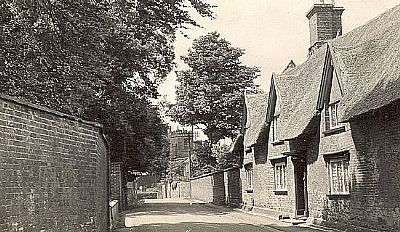 Construction of nine dwellings and conversion of barn to single dwelling with parking and access from Thornby Road. Demolition of modern barns.

(Pictured right is the now demolished house, 'The Cedars',  where the proposed development would take place.)

This application has been updated and is still open for comment (use link below).

Parish Council states this application has been withdrawn. However, the link below reveals that comments are still invited.

Revised full planning application for the 'construction of four dwellings and conversion of barn to single storey dwelling with parking and access to Thornby Road'. New reference DA/2017/0948.

Members of the public and a local landowner have been supported in their objections to this proposal by Cold Ashby Parish Council - details on the Parish Council's Library Page. 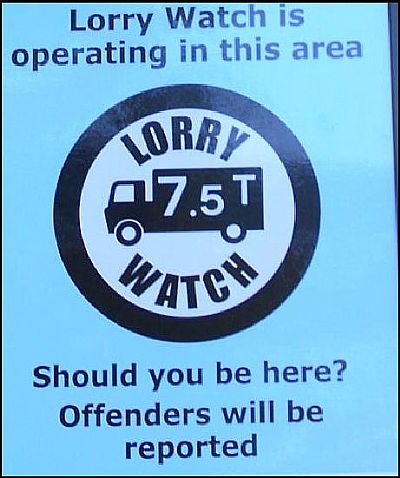 Protecting Our Pedestrians, Pavements and Properties

For the Rambler's view on this important issue, please go to Cold Ashby Blogger.

Your comments are most welcome!

UPDATE : Planning Committee to consider this on 13th January 2016 - recommendation is for refusal.

UPDATE : The area of the proposed development has been cleared of vegetation and an archaeological survey is believed to be taking place (26th September 2015)

This application was discussed at the Parish Council Meeting on 4th March 2015.

For details of the Parish Council's response please read this news item.

UPDATE: At the July Parish Council Meeting 3 residents expressed views on this latest application. Letters had been sent to DDC and the clerk received copies.

Below is from the July Draft Minutes:

The council agreed without resolution to support the objections and add its own comments in opposition to the proposals. The objections covered a range of matters, including privacy, road safety, compWND/2021​/0015

UPDATE : New application : Prior approval for change of use of agricultural building to dwelling ref. PD/2019/0013 (March 2019)

UPDATE : Application DA/2015/0193 has been recommended for approval and will be considered by the Planning Committee on 21st May 2015.

UPDATE  : Groundworks are now underway and there are traffic lights on West Haddon Road near the entrance to Winwick Warren - delays are to be expected (July 2015)

The merest glance at the site map, available with other details here, will reveal what the placement of the turbines will  mean to walkers and riders using the popular network of byways, bridleways and footpaths in the region of Honey Hill, Cold Ashby and Winwick.
For all users the view will be dominated by six monstrous machines - each one 126.5 metres in height or, to use John Temple's analogy, twice the height of Nelson's Column with rotors spanning 93 metres - one and one third times the wingspan of a Jumbo Jet.
These are to be clustered to the North and West immediately behind the settlement at Winwick Warren.
Three of these machines are due to be constructed within about 200 - 300 metres of a public byway ( ancient green lane) open to all traffic, which passes through the middle of the site.
The Jurassic Way traveller will probably be about 600 metres from two turbines as she leaves Winwick for Honey Hill.
This is all within a region described, in the  Northamptonshire Current Landscape Character Strategy, as  'the quintessential agricultural landscape of the Midlands with its broad sweeping undulating landform, rich and productive agricultural land contained by strong hedgerow enclosure, and a deeply rural character'.
Those of us who regularly use and enjoy this environment know that it will be damaged beyond repair for a minimum of 25 years.

And Winwick Wind Power Station (for ‘Farm’ it certainly is not !) is only a small cog in a potentially vast machine.
At the present rate of development there would seem to be little chance of avoiding these abominations in rural Northamptonshire.

The Rambler is fully aware of the government’s obligations re. sustainable energy sources and supports the development of sensitively planned offshore wind power - though he doesn’t want his favourite coastal walks ruined either!

The anger felt locally in Winwick and Cold Ashby stems from our knowledge that these so-called ‘farms’ are not sustainable without large subsidies from our tax and rising costs to us, the consumers of electricity.
Thus we are unavoidably contributing to the profits of alien conglomerates who, by way of ‘thanks’, use all their legal muscle to override the concerns, objections and feelings of Parish Meetings, Parish Councils, District Councils and constituency MPs.

This outcome is an insult to any romantic notions of ‘Localism’ and disgracefully snubs British Democracy itself.