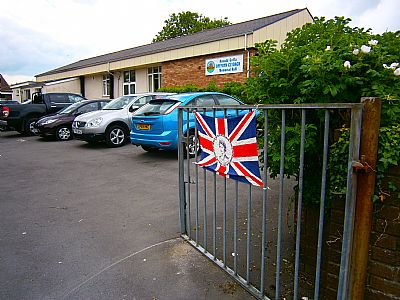 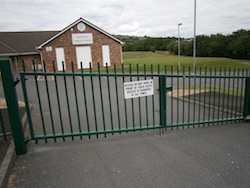 Gates open and gates closed - these photographs were taken only 15 minutes apart  on the Monday of the Jubilee event.   It was gates open at Dyffryn Clydach's Longford Memorial Hall and closed at Blaenhonddan's Waunceirch Community Centre.   Why the difference in the two communities?

Another contrast, a visitor to Victoria Gardens, Neath, on the holiday Monday afternoon reported that it was almost like a graveyard.  It's ironical, Victoria Gardens was opened to commemorate the Diamond Jubliee of Queen Victoria.

A reader writes in to say that Dyffryn Clydach confounds the Plaid Cymru critics.
Readers Letters

Sixty Years ago  many will remember food rationing as the Queen came to the throne.  It did not end until July 1954, a year after the Queen's coronation in 1953 when many people bought their first black and white television set to see the televised event.    It all goes towards making history but many will query if the money spent on the Jubilee could have been put to better use - even although it was a delightful spectacle for us and the world to see.   It certainly took our minds off more serious matters.