Further to the news article entitled G.A.T  Memorial posted on 17th December 2015 the Society is pleased to report that the refurbishing work was recently completed.  The granite tablet located near to the Night Stair was cleaned and the lettering re-painted and re-gilded.  The work was undertaken by Adam Jenkins, one of the team of stonemasons employed by CADW who are currently working at the Neath Abbey site.  Adam was previously a monumental mason which made him eminently suitable for the task.

It was considered appropriate to make a brief rededication ceremony which took place on Saturday 9th July as part of the '2016 Festival of Archaeology Day' at Neath Abbey. The weather has been unseasonably inclement, but thankfully on the day dried up. Members of the Society accompanied the Chairman Robert Davies, who gave a short address and thanked Adam for his work.

It was a great time for reflection back to the original unveiling of 80 years ago and also further back to the 1920s when the excavation was made and the efforts made with such commitment. 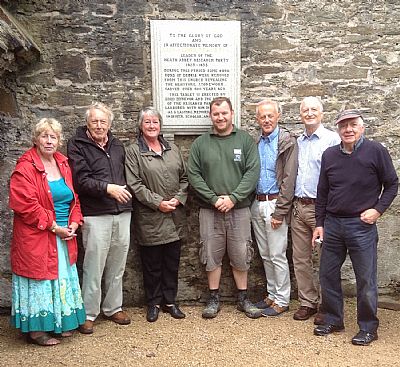 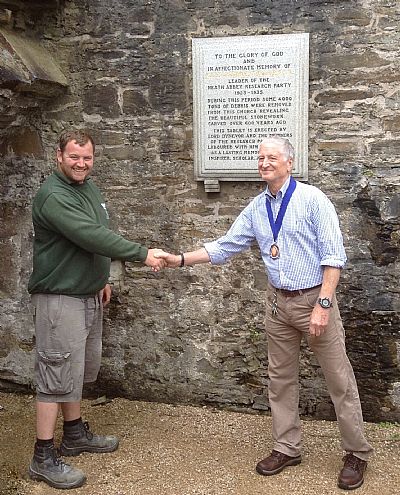 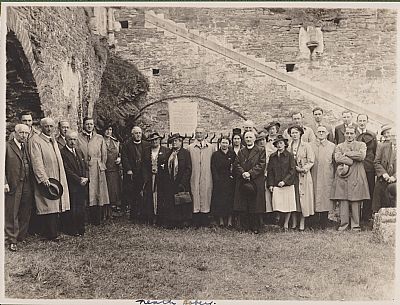